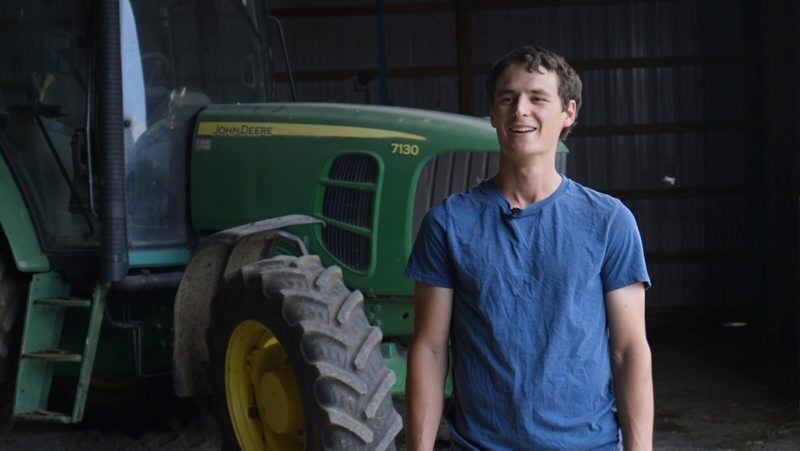 Eric Weaver, the 10th Generation Dairyman, has built a following of more than 340,000 subscribers to his YouTube channel. 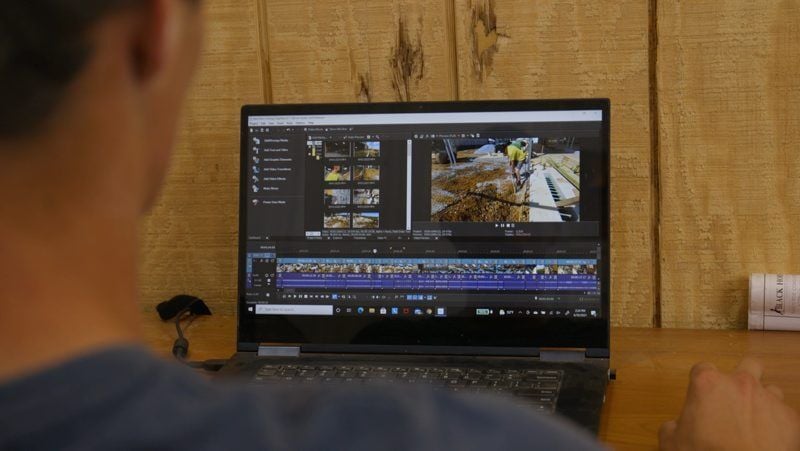 Eric Weaver spends about 10 hours a week editing his videos. 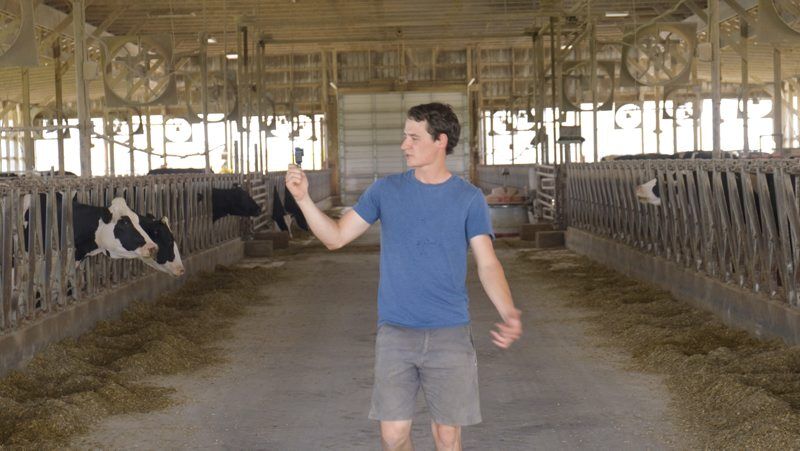 Eric Weaver uses his GoPro to share the story of a Pennsylvania dairy farmer.

As the 10th generation to milk cows on his family farm, Eric Weaver often wonders what it was like for his ancestors to work the land decades ago.

It would be neat, he said, to have video footage of his great-great-grandfather on the farm — but that was long before the time of cameras and smartphones.

Weaver, who farms near New Holland, Pennsylvania, is making sure there’s plenty of video footage of his generation to share with future family members — along with the hundreds of thousands of people who subscribe to his YouTube channel.

Weaver, 25, started the channel — aptly called 10th Generation Dairyman — in 2018. He enjoyed watching other farm channels on YouTube, but noticed there weren’t many representing midsized dairy farms like his.

So, on Dec. 2 that year, Weaver strapped a GoPro to his head, went about his day and made his first video in the process.

“I thought people might find it interesting,” Weaver said. “I wanted to show the reality of what we do so people can see at least who’s running dairy farms and what goes on.”

Considering his more than 220 videos have received 75 million views, a lot of people find his work interesting.

Weaver typically posts a video every two to three days, capturing everything from milking cows in the parlor, working in the field, fixing machinery, going inside a silo, cleaning barns and, currently, building a new heifer barn.

“Those details like inside the silo are what makes it interesting. You can’t see that from the road. You might see some silos but have no idea how it works,” he said. “If I can show that from the inside, it’s a different perspective. Just throughout my day there’s a lot of little details that people don’t realize happen on a dairy farm.”

While there’s a lot of work to do on the farm — which consists of 250 acres of owned and rented land and a milking herd of 175 —filming and editing videos for the YouTube channel is also time-consuming.

At the beginning, Weaver said, it was challenging to record footage throughout the day while getting his chores done.

“It wasn’t paying anything, and it was slowing us down a bit. I don’t think my dad had quite as much patience for it,” he said. “Now it’s worth my time, and I don’t really feel it slows me down during the day.”

In fact, Weaver builds recording and editing time into his schedule.

A Roundup of Farmer-Friendly Technology

As of the beginning of July, the channel had more than 340,000 subscribers, and his recent videos were getting more than 100,000 views in the first week they were posted.

All those eyes make Weaver’s videos appealing to advertisers. Video creators get a portion of YouTube ad revenue, which has added financial justification for the channel.

Weaver spends about 10 hours a week editing video, so the farm hired help to cover some of the tasks he was doing prior to launching the channel.

But the benefits aren’t just monetary. Now that he has a large audience, Weaver said companies contact him to use their products around the farm and, they hope, get some exposure on the channel.

“It’s amazing the opportunities it’s given us,” he said.

Weaver has used his platform to address misconceptions and criticisms about dairy and farming in general.

Considering most of his viewers don’t have a farm background, Weaver is also careful with how certain situations are presented in the videos.

“Flipping cows on their side to trim hooves, that can look a little bad. I share that and try to explain it’s a positive benefit for the cow,” he said. “We pulled a calf in one video and that was one that looked a little bit rough, but it was definitely good for the cow and the calf. It’s good to show people the whole situation and explain it — that we’re not just careless about the cows. We’re mindful.”

While the channel serves as a teaching tool for a large part of the audience, Weaver’s success has inspired other farmers to share their worlds on YouTube as well.

Weaver said he has been contacted by other farmers for advice on starting their own channels, and others have told him they learned things from his videos that they’ve implemented on their own farms.

Even Weaver has learned a thing or two by watching channels from other dairy farmers, such as SaskDutchKid in Canada and RMD Dairy in Ohio.

“I enjoy seeing how different ones operate and the solutions they find to different problems on the farm,” he said.

Today, as other farmers post videos and rack up the views, a YouTube fraternity has evolved among those sharing agriculture content. It’s common for farmers to mention other farmers’ YouTube channels to help them grow their subscriber base, Weaver said, and it’s something he’s happy to do.

“Andrew Ochs of The Veggie Boys talked to me before he started his channel, and I gave him a shoutout to give him a little boost. We do connect like that,” he said.

Weaver’s own boost happened last September when he posted the video “Corn Silage Harvest Efficiency.” The video featured a scene of a forage harvester blowing silage directly into a bunk as it chopped it from an adjacent field.

The video generated more than 4 million views and is the most popular one on the channel. Weaver said the enthusiasm for the video helped his channel, but it’s still hard to believe that over 4 million people watched.

“It almost doesn’t register. You go to a sporting event at a stadium and that doesn’t even have as many people. I can’t imagine standing in front of all those people,” he said.

Weaver said he’d like to reach 1 million subscribers one day, but in the meantime he’ll continue to carry a camera in his back pocket so he’s ready to record the daily happenings on the dairy farm.

And it continues to amaze Weaver that as he milks cows at 4 a.m. or cleans the heifer barn, there are so many people watching and enjoying what he does.

“It’s pretty incredible. Sometimes you just see a number on the channel and don’t realize it’s all real people,” Weaver said. “It is surreal when you realize all these people are following you.”

The Social Circle Inspires Local Farmers to Build Their Brand

The Social Circle is an online community that brings together education and support for women-owned small businesses, the majority of which are ag-related, on Instagram.

LandownerHelp.com is a resource designed to help landowners rent confidently and to improve landowner-tenant relationships.

A recent 2020 Northeast Dairy Farm Summary webinar disclosed that despite the pandemic, 2020 was a profitable year for dairy.