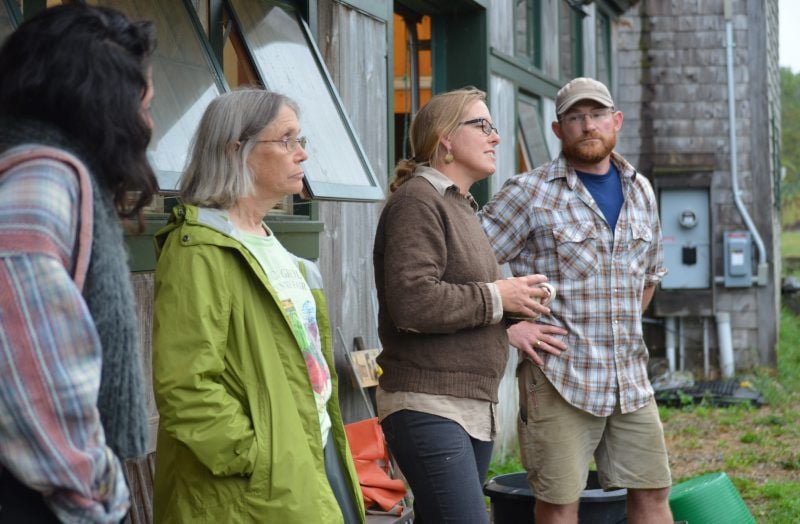 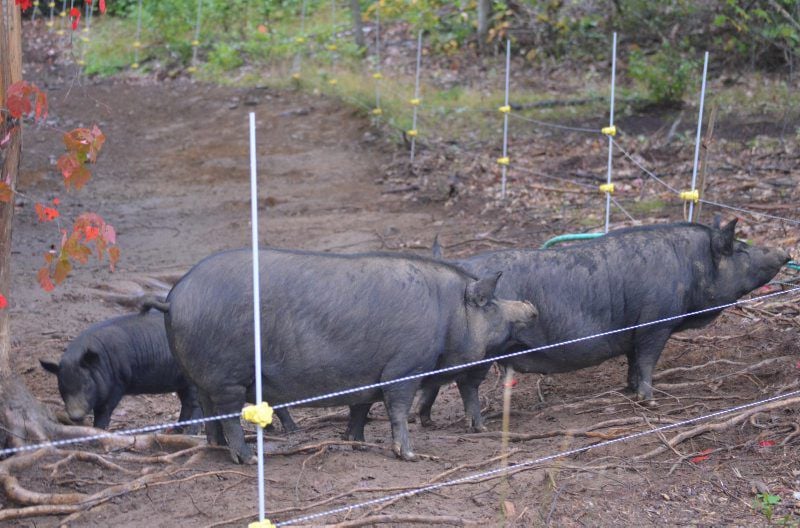 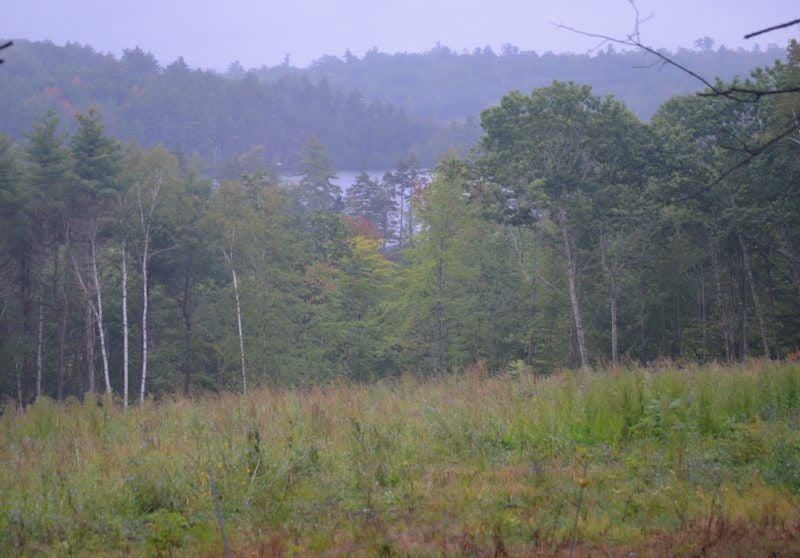 MONROE, Maine — Invasive wild pigs can destroy crops and forests, and endanger the health of native plants and animals.

So they have put their animals’ instincts to good use, clearing and preparing plots of woodlands to use as pasture for their cows, under controlled conditions.

The couple led a group of about 20 people on a tour of their 520-acre operation in western Waldo County.

The Maine Organic Farmers and Gardeners Association put on the Sept. 6 field day.

For the Browns and their two sons, Guthrie, 17, and Oliver, 14, farm life is a daily learning experience.

Originally from New Hampshire, the couple met in high school. They have lived in Monroe for 18 years.

Greg Brown worked for 13 years in corporate banking while Heide Purinton-Brown was an obstetrics nurse, an educator on breastfeeding and a nutritionist.

Greg Brown said he wanted to do something different with his life.

Heide Purinton-Brown left her career to homeschool her children.

After more than 20 years being a vegetarian, she decided to change her diet, but at the same time became passionate about sustainable, humane farming practices.

During the tour, she noted that when they moved to the farm, they decided “to do everything on their own.”

But the Browns have had their share of successes and failures. They decided to use pigs — they have 40 pigs that are pastured — to help clear forest for pasture, but they quickly learned that Gloustershire Old Spot pigs were far more destructive than the smaller American Guinea hogs.

The Old Spots, Greg Brown said, were not satisfied foraging for surface and subsurface edibles, so they stripped trees of bark and damaged branches within their reach. They also stripped tree roots.

The Guinea hogs tend to be less destructive.

Both pig breeds were selected for their relative friendliness. The Browns buy pig grain and ground barley to complement their forage diet.

Since the farm offers farm camps and farm-stay vacations in cottages on the property, the Browns wanted animals suited to friendly encounters with strangers.

Tristan and Nicole Manzi of Orlando, Florida, were vacationing on the farm at the time of the tour. Tristan Manzi, a self-described “city boy,” said it was Nicole’s idea for the farm stay, though he participated in the farm tour while Nicole was busy packing to go home.

“We’re getting ready to go back to Florida tomorrow to get ready for the hurricane (Irma),” he said. He is originally from New Jersey but grew up in a farming community. “My wife always wanted to go to Maine so we just started looking ... some place just to get away from everything. We came upon this ... and it looked like a good getaway.”

The farm supports a small herd of 13 Jerseys and Guernseys that are pastured over summer and sheltered during winter. The Browns buy hay during winter, and the cows are fed organic alfalfa pellets during milking.

Heide Purinton-Brown said the breeds were chosen because of their high A2 beta casein protein levels — 90 percent for Guernseys and 40 percent for Jerseys.

The milk is used to produce other dairy products as well as feed the calves. As a result, the small herd is only milked once per day.

Free-range chickens follow the sheep, feasting on the worms.

They also keep Carniolan and Buckfast honeybees, which are known for their docile nature.

In addition to small-batch yogurt sold at the farm store and at area farmers markets, they also produce and sell kefir and ice cream, and sell fresh eggs.