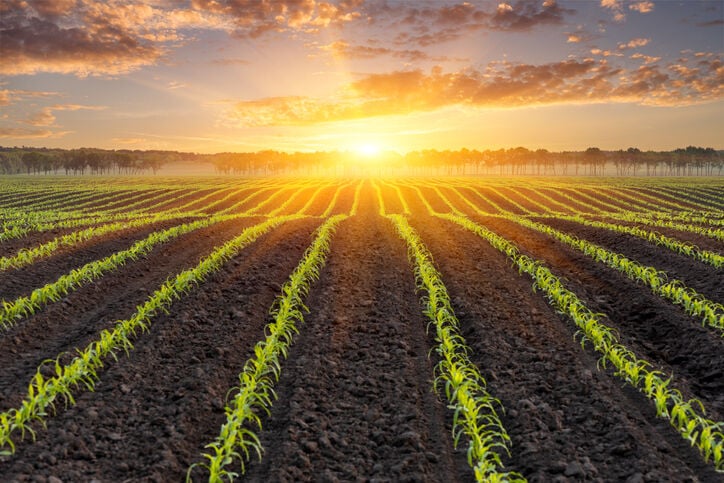 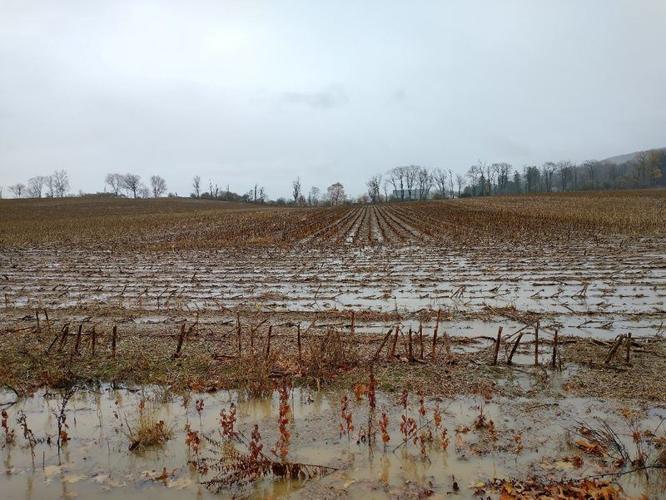 Penn State Extension photos by Sjoerd Duiker A corn field without a cover crop, saturated with more than an inch of rain. 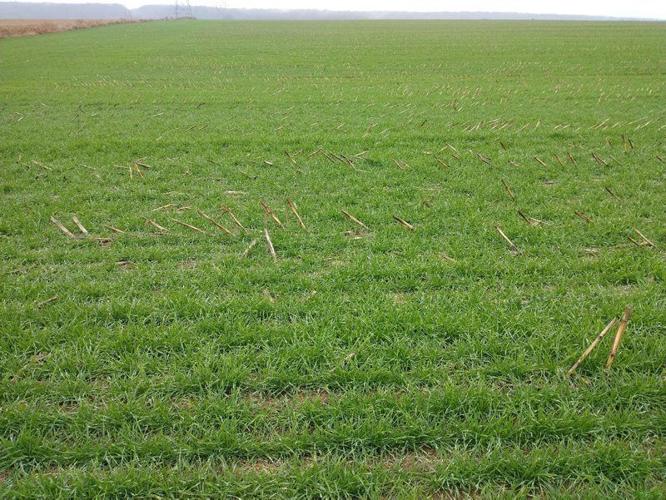 Penn State Extension photos by Sjoerd Duiker Cover-Crop-Leon A corn field after more than an inch of rain. This shows the impact cover crops can have on soil structure, soil protection and reduction of runoff and soil erosion.

Winter is often seen as a good time to get ahead with applications of phosphorus (P) and potassium (K) fertilizers. After all, most Pennsylvania soils have plenty of capacity to store these nutrients until spring for the next crop.

Still, Penn State Extension soil fertility specialist Charlie White says there are some considerations that you should be aware of and plan to manage for.

First, P and K fertilizer applications should always be made based on results and recommendations from a soil test. Without a soil test to gauge existing levels, you could easily apply too much or too little nutrient.

If you haven’t done a soil test for your fields in the last three years, do so before committing to a fertilizer purchase.

Following the completion of a soil test, you need to decide on the rate, timing and method of P and K applications. The rate of P and K is determined by the existing soil test level and the expected level of crop removal based on the yield of the crops in the rotation.

For potassium, crop removal is heavily influenced by whether the crop is harvested as a grain or as a forage, with forages removing three to five times as much potassium as grain crops. Removing residues, such as small grain straw or corn fodder, also dramatically increases potassium removal.

Soils in Pennsylvania have enough cation-exchange capacity to store potassium through the winter, so wintertime applications can be used for convenience.

However, potassium is a nutrient that is susceptible to luxury consumption, or over-uptake by the crop. So think carefully about whether the rate you are applying is intended to feed just one crop harvest or if it is intended for multiple crops or multiple cuttings of hay.

If you apply the potassium needed for multiple crops or multiple cuttings all at once in the winter, it’s possible that the first crop of the season will take more than its fair share of the nutrient, leaving the remaining crops short.

This is particularly problematic with crops harvested for forage or where crop residues are baled and removed.

For crops that are harvested as grain in which the residues are returned to the field, any over-uptake of K by the first crop will be quickly recycled back to the soil in the residues.

Timing of phosphorus fertilizers is also important to consider, both for crop availability and environmental pollution.

When phosphorus fertilizer is applied, it reacts with soil minerals that render it less available for crop uptake. So in the time that elapses between the application in the winter and when the crop uses it next summer, the phosphorus is becoming less and less available.

Weeds, Worms Begin to Appear: Are Your Alfalfa Fields Ready?

Another concern with phosphorus applied in the winter is that unless it is placed subsurface, the fertilizer granules can be solubilized by runoff water and carried off the field and possibly pollute nearby water sources.

Winter is a time when soils are saturated or frozen, resulting in elevated volumes of runoff water, exacerbating the risk of phosphorus losses.

While applying potassium on the soil surface in the winter is OK, it would be better to wait to apply phosphorus until the spring and to find an application method, such as a 2x2 starter or in-furrow pop-up, that gets the phosphorus into the soil profile where it can be effectively used by the crop roots.

This would mean forgoing the convenience of a blended fertilizer and managing the P and K fertilizers separately.

When managing the phosphorus in starter fertilizer, be careful about salt injury that can occur from excessive fertilizer placed near the seeds.

Also, be careful about ammonia injury that can occur from diammonium phosphate fertilizer that is used at too high a rate or too close to the seed.

Knowing the different behaviors of P and K in the soil, uptake by crops, and potential risks to the environment will help you make the best management decisions that balance convenience, economics, yields and environmental protection.

Understanding the Value of Cover Crops in Protecting the Soil

We recently had a few days when we received more than 1 inch of rain. The rain sometimes came down heavy, sometimes slow.

Extension agronomist Sjoerd Duiker took pictures from two corn silage fields after an inch of rain. Both fields were harvested around the same time at the end of the summer when the soil was very dry. In one case, a cover crop was planted after corn silage harvest. The pictures show the difference a small grain cover crop makes in improving soil structure, protecting the soil surface, increasing infiltration and reducing erosion.

Less visible is how the cover crop protects nutrients from leaching and runoff. Most nitrate leaching will occur in the late winter and early spring, when the soil profile has been recharged with water.

The photos represent just one precipitation event. Many more will follow during the winter until next year’s crop will be planted. These observations show the importance of cover crops, especially after corn silage harvest.

Quote of the Week

“We can complain because rose bushes have thorns, or rejoice because thorn bushes have roses.”