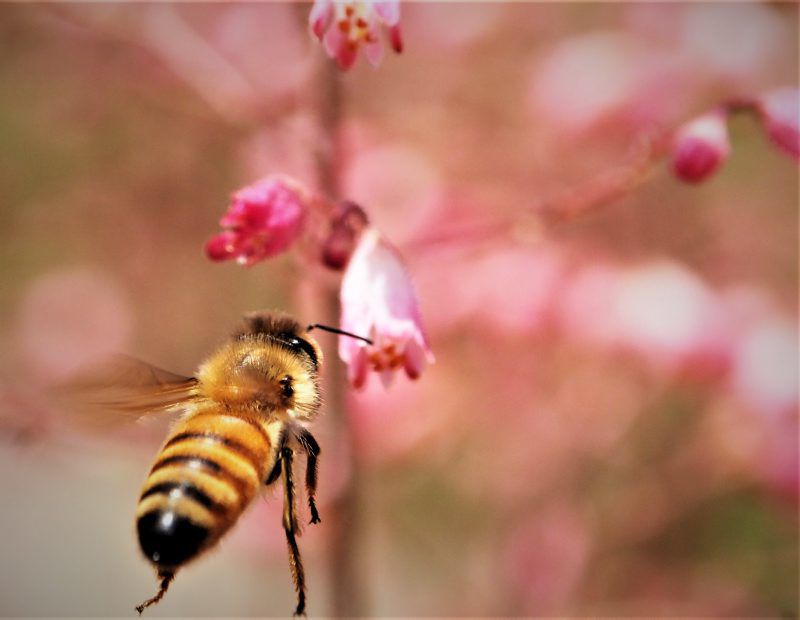 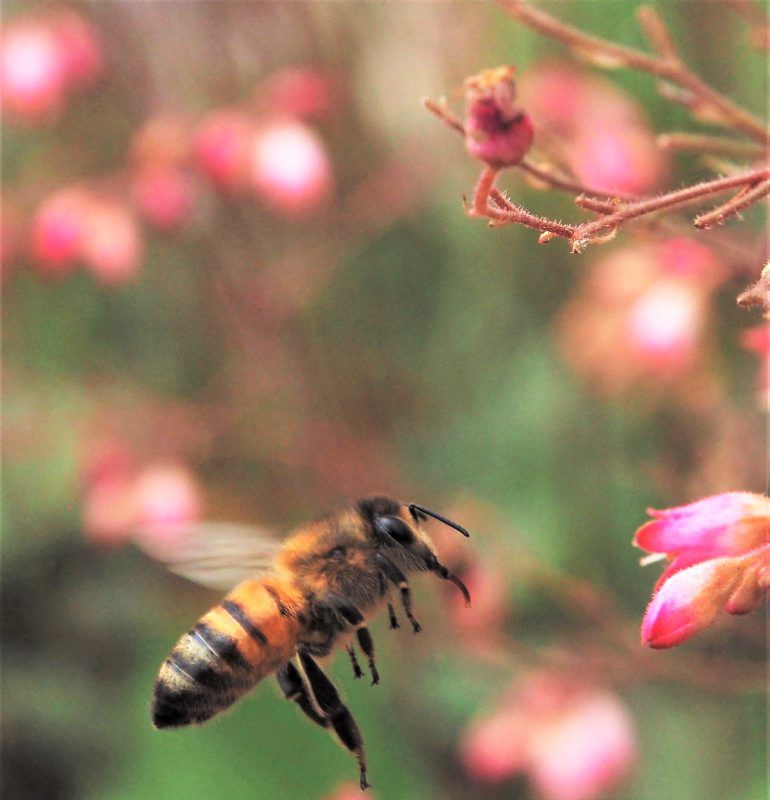 If you like stories with family drama, murder, heroic struggle, weird mating practices and a sweet outcome, you might want to consider becoming a beekeeper.

Robyn Underwood, a Ph.D. entomologist and an assistant research professor at Penn State, presented an Extension webinar on June 10 about how to keep honeybee colonies alive and healthy. Along the way, she revealed juicy tidbits about what goes on inside the hives where the colonies live.

Underwood’s presentation was one part of an eight-part Extension webinar series devoted to pollinator health that began June 3 with a presentation on health challenges from a bee’s perspective. It wraps up on July 22 with a session devoted to gardening for pollinators. All the webinars are or will be recorded and can be accessed after they make it online, which takes a week or two. To participate in a live webinar, you need to register in advance. A description of each webinar and links to each are described in a Penn State news release which can be accessed at bit.ly/2NltEPu

The three biggest challenges to a colony’s survival, Underwood told her virtual audience, are queen issues, Varroa mites and winter starvation. Successfully deal with those issues and the beekeeper’s colonies will survive the coldest winter, come alive in the spring and then go about their “beeness.”

Unfortunately, Underwood said, the colony survival rate is a grim number. The Pennsylvania State Beekeepers Association surveyed its members after the winter of 2019. There are at least 4,500 beekeepers in Pennsylvania, according to Underwood, and the ones who responded to the PSBA survey reported that nearly 45% of their members’ colonies did not survive the winter.

That’s a tragic number, Underwood said, and compared it to a nightmare scenario in which 45% of the state’s dairy cows died. She did not mention colony collapse disorder in her presentation. A little googling revealed that the CCD issue is in national decline. A CCD-afflicted colony will have a viable queen, and plenty of food — i.e. honey — but nearly no worker bees, either dead or alive. A colony cannot survive without workers. The colonies Underwood used for examples did not fall victim to CCD, and dead bees were present in abundance.

The queen is bigger than her workers, but when a hive contains 50,000 or so bees and only one of them is a queen, she can be hard to spot. In her journal for a particular colony, Underwood noted that her queen with a pink dot was present on April 8 and again on April 22.

On May 6, she couldn’t find the pink queen, and she noted special cells containing larvae which were getting special food from worker bees. On May 20, she saw that some of the queen cells had been chewed up, which meant that there was a new queen.

The new queen’s first order of business was to get rid of her competition. She did this by murdering her sisters still hatching in their cells, after which the workers disposed of the corpses. You know how elephants mourn and honor their dead? Not bees. Bees are remorseless.

The new-born queen’s next order of business — she has about a six-day window — is to find a gathering of drones who are not her brothers. She flies some distance from the hive, stays away for a day or two or three, and when she wobbles back home, she will have mated with a dozen or two drones. She stores their millions of sperm in a special organ in her abdomen, and she uses that store to fertilize eggs for as long as she lives.

She never brings any of the guys home with her. A drone can breed only a few times before his endophallus gets ripped from his body and he dies. If he does survive his mating adventures, he’s barred from entering the hive. He’s a useless male who won’t work and who’ll do nothing but eat and deplete the colony’s resources. He can never go home again.

So if you’ve ever entertained any fantasies about coming back as a bee, don’t come back as a guy bee.

If you like to work really, really hard, you might want to come back as a worker bee, but then you’ll only live for maybe six weeks before you totally wear out. However, your heroic service to the colony during your short life would have helped your queen and your fellow bees thrive and to do the bee work that is so important to the plants and critters of the world.

If you come back as a queen you might live four years, a bee Methuselah, in a tiny female body. You will be tasked with laying up to 2,000 eggs a day, each in its own cell. Most of the eggs will become workers, a few will become drones. If you fly away from your colony, your worker-daughters will create a new queen from the eggs you’ve abandoned.

Whichever colony you grace with your queeness, you will need to keep on laying those eggs for as long as you can. If you slow down or stop, your worker-daughters will gather ’round you. They’ll flap their wings to heat up the air until you die of suffocation.

Then they make a new queen.

For this reporter, at least, it’s hard to not get caught up in the fascinating social life of the bee. And that story, we’re certain, is part of the appeal to the millions of beekeepers around the world.

The queen may embody the soul of the colony, she may be where the mystery plays out, but in practical terms, she has to be the right queen.

The other two things that need to be right are the mite number — the fewer the better — and food for the winter.

Underwood’s journal for her chosen colony showed only a few of the Varroa mites until Aug. 12 when she spotted eight mites per 100 bees. Counting the mites involves scooping up half a cup of bees — about 300 individuals — then rolling them in powdered sugar to dislodge the mites so they can be counted. An alcohol bath can also be used, but it kills the bees. A mite count under 1% is no cause for alarm. Two to 3% might call for some amount of depopulation, and anything over 5% requires more aggressive measures.

When her colony spiked at 8% on Aug. 12, Underwood installed Apiguard trays. The trays contain a substance derived from thyme. It has no effect on bees, but is deadly to mites.

Food for the winter is the other issue Underwood addressed. Simply put, there has to be enough. In a typical colony going into winter, the worker population will have been reduced to 20,000 workers, one queen and zero drones. Underwood likes to see 60 to 80 pounds of stored energy — mostly honey supplemented by sugar water — in a colony as winter approaches.

“If I take their honey, then it’s my responsibility to see that they don’t starve in the winter,” she said.

As a precaution, in January she advises placing something sweet, even plain sugar, within the hive for the bees to feed on just in case their other resources are getting low.

“I don’t want to see these numbers again,” Underwood said. “I want everyone to record their data, learn from it, and do everything they can to keep their colonies alive.”