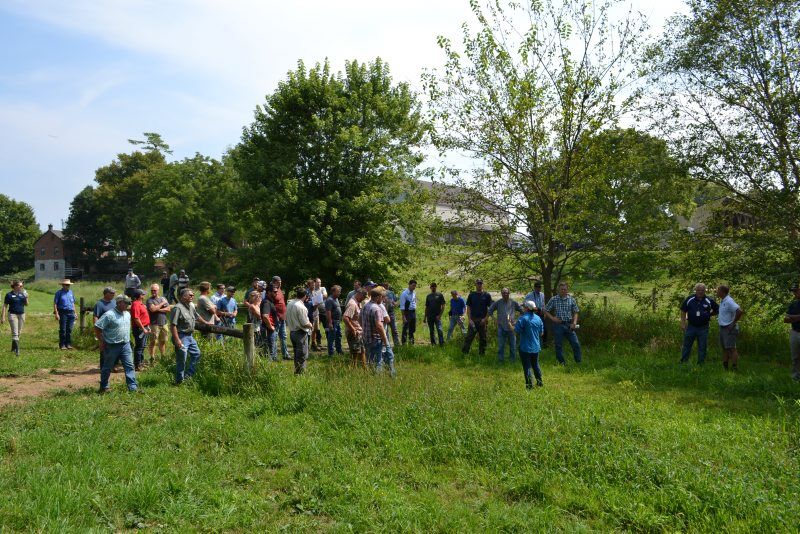 Photo by Rob Meinen A manure hauler's workshop helps certified haulers understand the importance of good manure handling and management as it relates to stream health. Sarah Xenophon, watershed project coordinator with the Penn State Ag and Environment Center, teaches the haulers about stream ecosystems and how agricultural activities might impact stream health. 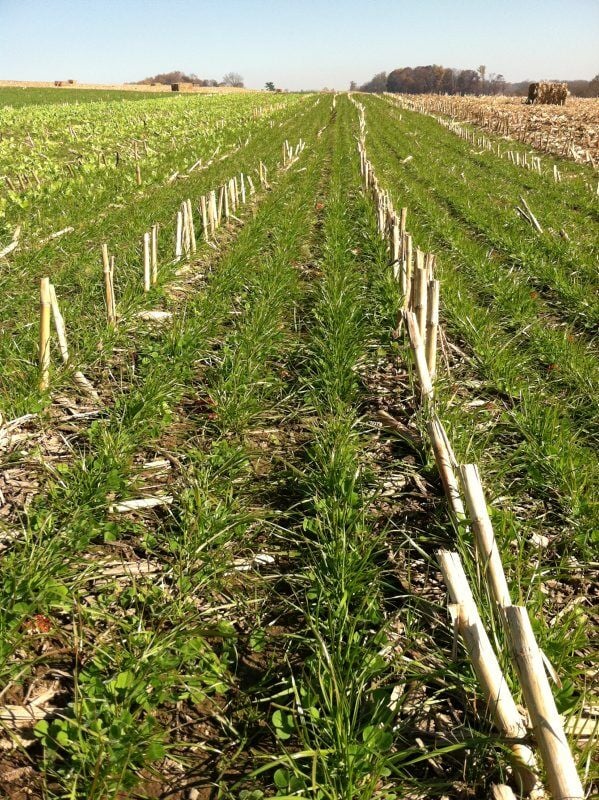 A cover crop of winter rye was no-till planted between corn stubble from a prior year's crop to ensure live roots are in the soil year 'round. 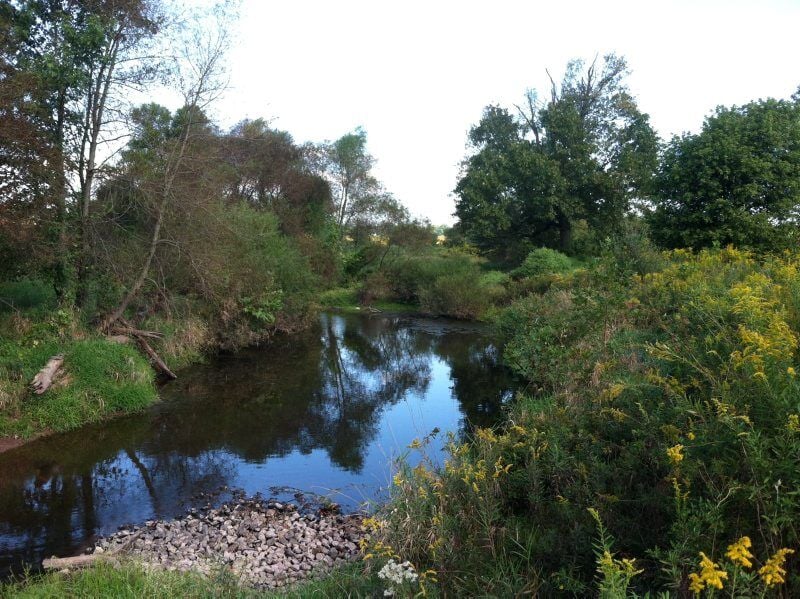 A million-dollar grant from the National Fish and Wildlife Foundation will pay the total costs of riparian buffers and other conservation practices on farms in three contiguous watersheds in Pennsylvania’s Lancaster, Lebanon and Dauphin counties.

“When you say total cost, is there anything the farmer has to pay out of pocket?” we asked Lauren Shaffer.

Shaffer is an outreach specialist with the Penn State Agriculture and Environment Center in Lancaster. The grant covers 220 square miles of heavily farmed land in watersheds drained by the Chiques, Conoy and Conewago creeks.

Shaffer said the funds cover the cost of technical assistance and the implementation of conservation practices. There’s also some research money allocated for the three-year project — referred to informally as 3CRP — which continues through 2022.

The grant was actually awarded in 2019, but has gotten off to a slow start because of COVID-19. According to NFWF spokesman Rob Blumenthal, the grant is designed to “fund the various program partners to conduct landowner outreach, design practices, monitor implementation and other supporting functions that are essential to getting the work in the ground and demonstrating success.”

The NFWF is a private nonprofit chartered by Congress in 1984. It channels more money into conservation projects than any other nongovernmental organization in the U.S.

The “work in the ground” part of 3CRP emphasizes riparian buffers because of the number of feeder streams in the watersheds.

That’s where bonus money comes into the picture. A farmer who is approved for the program, and who installs buffers, but can pay for the buffers from a non-NFWF source, will earn a credit of $4,000 per acre of newly installed buffer. The bonus is capped at $20,000, but the money can be used for other approved practices.

NFWF grant money available for technical assistance, planning and implementation totals $352,000. Of that, $250,000 is allocated for on-farm conservation practices, $92,000 for stream restoration projects, and $10,000 for riparian buffer maintenance at $100 per acre per year.

The NFWF grants have triggered additional funds, including $60,000 from the Pennsylvania Department of Conservation and Natural Resources for riparian buffers.

The U.S. Fish and Wildlife Service will provide $17,500 of in-kind services for stream restoration. The Lancaster County Conservation District will administer $100,000 in stream restoration funding from Exelon Corp. as part of the program.

Also, the Susquehanna River Basin Commission has pledged $72,900 in matching funds for the operation and maintenance of two water-quality monitors in the Chiques watershed. Data collected by the probes will help quantify improvements in the quality of the creek’s water.

The committed funds total $602,000. EQIP and other USDA Natural Resources Conservation Service programs will also be funneling dollars into the project.

Farmers in the three watersheds included in the project can reach out to Shaffer for more details. She can be reached at 717-364-2044 and las6435@psu.edu.

Shaffer said the program is in the outreach phase, but one farmer navigated the application and approval process in December. He had plenty of help. In addition to Penn State, 3CRP has 17 partners (listed below) ready to lend a hand.

“We don’t expect farmers to negotiate this process by themselves. There are plenty of us to help out,” Shaffer said.

While stream cleanup is the primary 3CRP focus, a farmer doesn’t need a stream to participate. If the farm is in one of the watersheds, it is assumed that any runoff from that land finds its way into a nearby stream and eventually into the Chesapeake Bay.

Financial incentives may be the key to helping farmers transition to sustainable farming practices, according to the 2021 Pasa Sustainable Agriculture virtual conference.

Several New York farms have received grants to help them tackle projects that will reduce their carbon footprint and improve soil health.

Riparian buffers were toted as one of the most important tools growers have in water quality management during a recent Penn State Extension webinar.