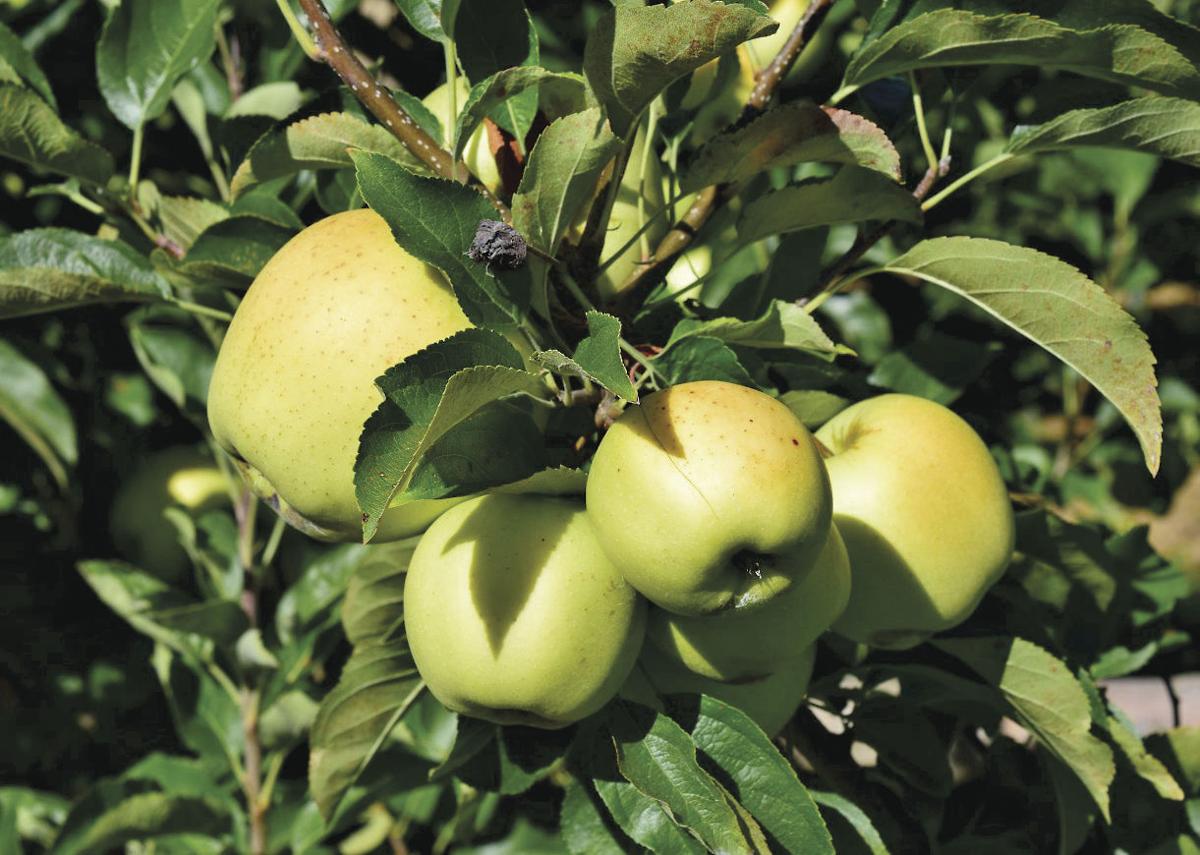 Pennsylvania apples are looking good despite challenges from the weather this year and a small crop. 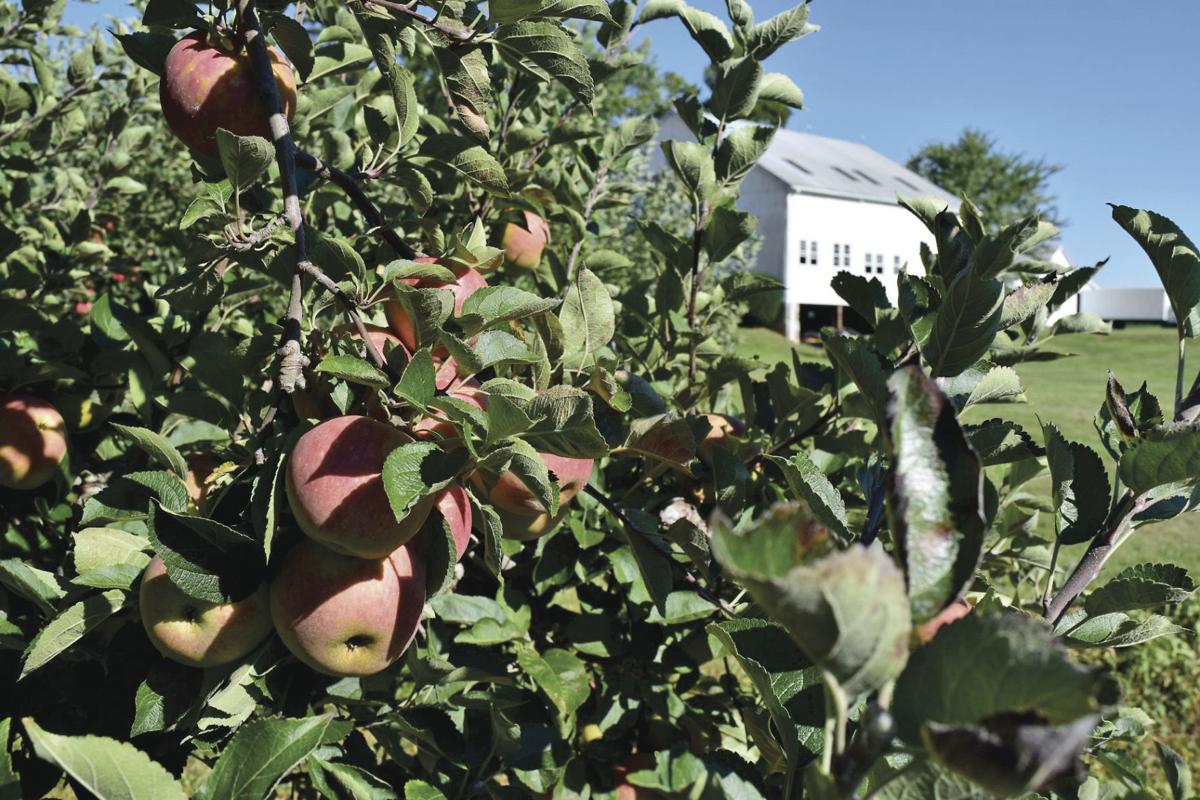 Apples grow in a you-pick block at Susquehanna Orchards in Delta, Pennsylvania.

Pennsylvania apples are looking good despite challenges from the weather this year and a small crop.

Apples grow in a you-pick block at Susquehanna Orchards in Delta, Pennsylvania.

After weathering a less-than-ideal year, Pennsylvania apple growers are picking a smaller crop than in previous years, but the harvest is better than many feared.

“We’re lucky to have anything,” said Shawn Garretson of Beechwood Orchards in Biglerville.

Frosts struck fruit trees around the state in April. Many farmers’ cherries and peaches got hammered, and while the apples fared better than many expected, the crop has had problems with russeting — a brown, rough condition of the fruit skin.

A hot, dry summer did not help, cutting into many growers’ yields.

“Even from one region of a county to another, there have been huge differences in the amount of rainfall received,” said Tara Baugher, a Penn State Extension educator in Adams County.

Garretson has roughly 70 percent of a full apple crop, though he said yields vary by location and variety.

Garretson has been harvesting a lot of apples with 3-inch diameters this year, but he is not finding the 4-inch monsters he would see in a good year.

“Those big apples are what really make bushels for you,” Garretson said.

Pennsylvania’s apple harvest is half done, by USDA’s estimate.

Kuntz estimates he has 85 percent of a full crop.

Masonic Village has finished Honeycrisp and Gala harvest and is getting into Jonamac, McIntosh, Jonathan and Cortland, Kuntz said.

“The finish on the apples isn’t real nice. There’s some russeting just because of the frost we had in the spring,” said Kuntz, who is also president of the State Horticultural Association of Pennsylvania.

The early varieties had the most russeting, but some other varieties look great, Kuntz said.

Though the season started rough, the summer actually went pretty well. The hot start to September, though, has caused apples to turn red slowly.

He has been postponing harvest for a few days after the fruits mature internally to get better color.

“Hot falls are always a little bit of a challenge,” Kuntz said.

Growers use a number of tests to time their harvests, but the heat has made it hard to judge when to make the call, Baugher said.

Because of the heat, there are also some concerns that the fruit may not hold up well in storage. “That’s yet to be seen,” Baugher said.

The heat can also take a toll on the harvesters.

Many of Masonic Village’s pickers are retired tradesmen, so they are used to working hard, but the heat can be tough on anybody, Kuntz said.

Bugs have caused some problems.

“Stink bugs are coming out like crazy right now,” Garretson said. He worked in an extra spray to control them last week.

European red mites have caused more problems than normal this year. Biocontrols generally keep the pest down, but the dry conditions may have interfered, Baugher said.

The fruit is generally sizing up well, though the Honeycrisps seem a little smaller than usual, Kuntz said.

He was hesitant to thin the blossoms after the frost. Most of the blossoms pulled through, though, and he ended with too much fruit in some places.

The apples will mostly be medium to large with few jumbo apples. Most people don’t like the 2-pounders anyway because they are too big to eat in one sitting, Kuntz said.

The early apples are zipping off the trees at Penn State’s research blocks in Centre County.

One section of an orchard, part of a study where no calcium was applied to control bitter pit, the problem was so bad that Crassweller had the apples sent straight to juice. They weren’t worth sorting and grading, he said.

Though the farm is only harvesting half to three-quarters of a crop, he said he has been pleasantly surprised.

In March, Crassweller feared that the apple crop would be wiped out by frost. The orchard used overhead irrigation for frost protection.

The hot summer did not hurt fruit size as much as Crassweller expected either. The Galas were a good size, he said.

In some cases, the hot weather has bumped up sugar content a little, he said.

Growers have had to pay close attention to their newly planted trees during the dry weather. “They’ve had to apply supplemental water on a very regular basis,” Baugher said.

Considering the erratic weather of the past several years, irrigation is something all growers might want to consider, Crassweller said.

While this year’s crop has beaten the odds, growers may still see more effects from the hot, dry summer. Flowering can be reduced the spring after such a summer, Crassweller said.

Good rainfall this fall could offset some of this summer’s effect on next year’s blooms, he said.