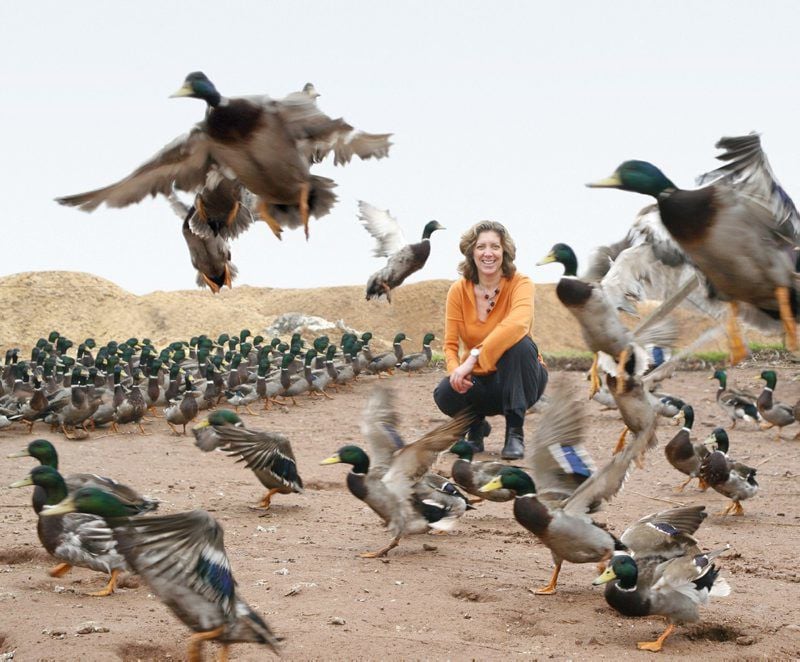 After the COVID-19 crisis disrupted the food supply chain, Ariane Daguin, CEO of D'Artagnan, was forced to redesign her business model. 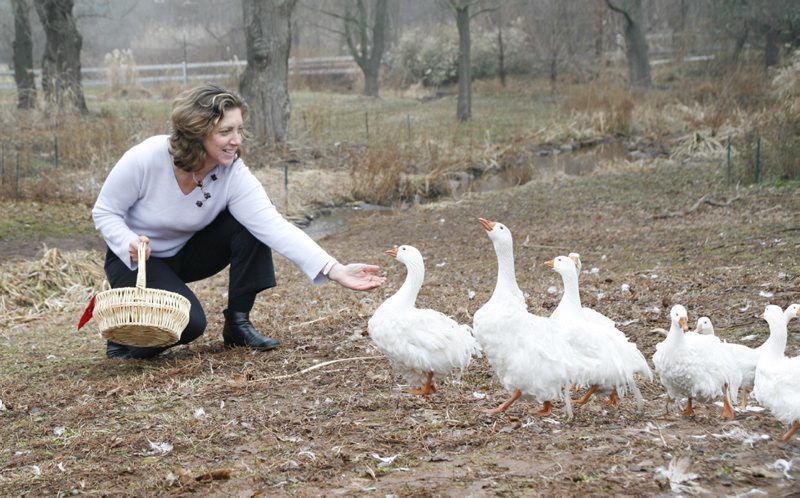 Ariane Daguin sources much of the meat for her company, D'Artagnan, from small family farms.

As a purveyor of gourmet and specialty meats, Ariane Daguin’s business, D’Artagnan, was growing across several marketing channels, including restaurants, retail and online.

But when the COVID-19 crisis struck, the Union, New Jersey-based company was dealt a mighty blow.

“When restaurants had to close, we lost 75% of our business overnight,” said Daguin, who is the owner and CEO of D’Artagnan. “We had been growing nicely in the retail and e-commerce sectors, but not enough to compensate the loss of the restaurant business. It was tough.”

In order to survive the disruption to the supply chain, Daguin placed more emphasis on the retail and e-commerce sectors, which were already in place but required more labor, energy and investment to increase production and sales.

For example, whereas the company once supplied a 5-pound uncut tenderloin for chefs in restaurants to cut their own steaks, that meat might now be packaged in pre-cut, smaller portions for the home cook.

Today, the 75% loss in business resulting from the initial closure of restaurants has been reduced to 10-15%, Daguin said. D’Artagnan’s e-commerce sales alone have increased by nearly 500% since mid-March as a result of the change in consumer purchasing behavior.

But for many in the food supply industry, the future remains uncertain.

Any rebound depends on when, and to what degree, businesses begin to reopen in large cities, Daguin said.

And that could take time.

“We expect it to be slow and not back to normal for a long time. We don’t know what the regulations will be and how restaurants are going to reopen,” Daguin said. “Will they have only half the tables, separations between tables, employees wearing masks and taking the temperature of customers?

“This is not going to be a healthy two years for restaurants.”

But that doesn’t mean the demand for food has decreased. It’s shifted, Daguin said, as people are cooking more meals at home from raw ingredients.

That’s a good change for farmers, she added, because the increase in meals cooked at home places more emphasis on the importance of where food comes from. That’s an aspect that Daguin incorporated into D’Artagnan, which sources many of its meats from small family farms, including Pennsylvania poultry operations.

The small Pennsylvania farms produce chickens for D’Artagnan’s Green Circle brand. The chickens are fed a diet of leftover vegetables collected from commercial kitchens and farmers markets. Daguin said the chicken is selling very well on the retail front.

“The diet produces a chicken with flesh that becomes much more complex and tasty,” she said. “It is flying off the shelves, and the Pennsylvania Amish and Mennonite farms are doing really well right now.”

Being able to adapt to the change of more people cooking at home is a key to keeping the food supply chain strong, Daguin added, and it all begins with how animals are raised on the farm. Diet and living conditions do impact the taste, whether it’s a chicken or steer, she said, and even though the end product may cost a little more at stores, it’s worth it.

“A happy chicken is a tasty chicken,” Daguin said. “The food chain in America has been very dependent on big industry, and the small farmer had a tough time staking a place. But now, this is a chance for them to get a better return by doing things a better way.

“People are realizing how important the beginning of the supply chain is, and that’s the farmer.”

The changes brought on by the pandemic have also created an opportunity for producers of heritage breeds and specialty meats to increase their presence in the supply chain. While consumers will always buy beef, pork, poultry and lamb, Daguin said, she hopes they will be more adventurous and try things like bison, quail and venison. The demand for exotic cuts, which are preferred by chefs, has flattened as consumers typically look for familiar cuts.

“It takes education and time for people to try something new, and the heritage breeds cost a little more,” Daguin said. “But these exotic species have benefits, and if the popularity increases that will benefit farmers as well.”

While Daguin has adapted her business model in order to keep the company’s network of family farms in business, she also had the extra burden of keeping D’Artagnan viable for her 260 employees. So far she hasn’t had to furlough any employees and she wants to keep it that way, but it can only be done by adapting to the changing demand resulting from the pandemic.

“You adapt or die. Every day brings new challenges, new nightmares and the need to reinvent ourselves,” Daguin said. “It’s amazingly stressful, but it’s also a little bit exciting to identify new ideas that are sustainable for our company and consumers.”