Photo by Burger family Len Burger Jr. prepares to plant onions in early May on his farm in Luzerne County. Burger's father, Len Sr., said the growing season has widened in recent years, allowing farmers to plant some crops earlier. 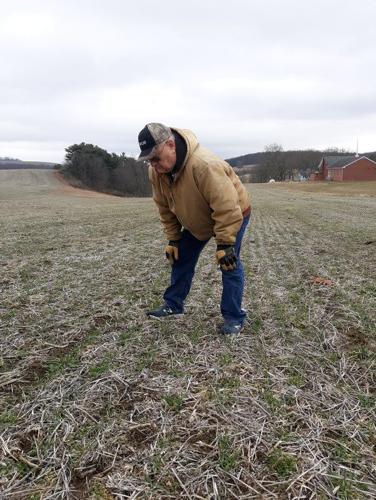 Photo by Tom Venesky Robert Reed checks on a cover crop planting during the winter. As frosts occur later in the season, farmers take advantage of the extended growing season to plant cover crops before winter sets in. 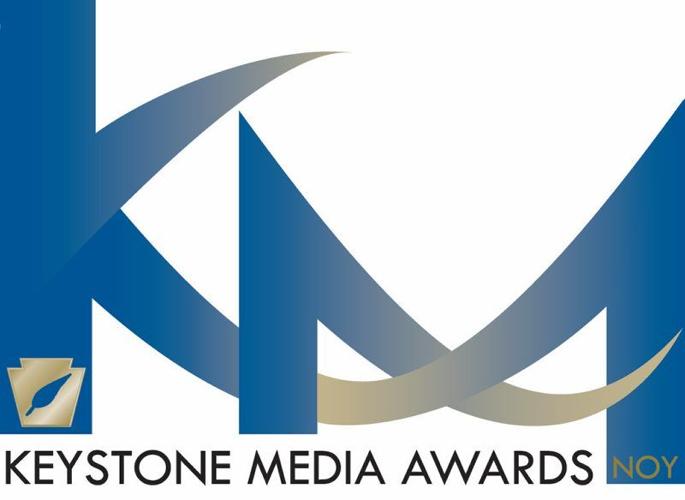 Leonard Burger Sr. firmly believes that the growing season on his Luzerne County farm has gotten longer, and he says the proof is in his fields.

In the 1970s, Burger recalls the rush to pick all of his late-season produce by early September before the first frost arrived. In the 1980s, Burger said he began to wait until the end of September to pick before the frost.

But now that the frost arrives later on Burger’s farm and many others throughout the northeastern U.S. as a result of climate change, can farmers use it to their benefit?

Or, is the longer growing season just another risk for producers to navigate?

Armen Kemanian, associate professor in the Department of Plant Sciences at Penn State, said an extended growing season allows farmers to take advantage of planting and harvesting practices that were previously available to those in traditionally warmer climates.

Later-maturing corn hybrids, for example, that were only suitable in the southeastern part of Pennsylvania may now be utilized in northern reaches, such as Erie, he said. In addition, farmers in the north may now be able to do practices such as double-cropping — following a wheat crop with a planting of soybeans, for instance.

But the new-found benefits resulting from climate change do carry a risk.

“The changes in climate aren’t always gradual. You can get swings in temperature, but a warmer summer doesn’t necessarily mean there was a warmer spring,” Kemanian said. “If it’s wetter in the spring and cooler, that can be a problem. It negates any benefit and we need to be cautious.”

That means being prepared to not only make the right decision when it comes to planting, but also doing it quickly.

While farmers such as Burger are accustomed to planning for a killing frost arriving in October rather than September, a wet or cold spring that delays planting can quickly eat away at any perceived longer growing season. That’s why Kemanian said climate change isn’t the only factor to consider. Climate variability needs to be part of the discussion as well.

“One comes with the other,” he said.

To help lessen the risk and eliminate some of the guesswork that results from an unpredictable climate, the Cornell Institute for Climate Smart Solutions has developed an array of free online tools that help farmers understand trends on a county-specific level. The tools utilize climate data collected since 1950, and they allow farmers to almost pinpoint not only the growing season length, but also the number of growing degree days they can expect for their area.

Such data can be invaluable when it comes to choosing which corn hybrids to plant, or deciding to switch to a shorter season variety in the wake of a wet spring.

And it all comes down to the growing degree days — the period of time sandwiched between the last frost in the spring and the first frost of the fall.

Kitty O’Neil, a member of the Cornell Climate Smart Farming Team and a crops and soil specialist for Cornell Cooperative Extension, said farmers have always had good instincts about when and what to plant, but those traditional approaches are changing.

The climate tools, she said, allow farmers to utilize data in addition to their instincts.

“We know the season is getting warmer and wetter, and the spring and fall are getting more erratic,” O’Neil said. “Looking at historical data helps.”

The irregular weather patterns of the spring planting season have made farmers less confident when it comes to doing things according to the calendar, she added. In 2019, conditions were so wet in the spring in parts of the country that nothing got planted on time.

In that situation, O’Neil said, the climate tools can make a difference.

“The growing degree day calculator will show you the window for crop production opportunity and what fits in there. You lost your spring planting season, so now you need to know how much time you have left and should you switch to a shorter season corn variety,” she said. “The tool shows you the range of possibilities and the outcomes over time.”

O’Neil said some of the climate tools have been around for a long time, but they weren’t discussed, or utilized, very much. That’s changed, she said, and not only are there new uses for the tools, but they’re functional even after planting season.

A drastic weather change that occurs halfway through the growing season could force a farmer to decide if it’s feasible to let his corn stand for grain or take it off early for silage. By inputting the silking date into the growing degree day tool, O’Neil said, a farmer can make an informed harvest decision before the first frost arrives.

“It gives you a better picture of what the risks are and that’s a direct response to climate change,” she said.

Still, the tool has applications that go far beyond when to plant and harvest corn. O’Neil said it helps producers determine the window for soybean varieties, if they have time to plant a cover crop, and even suitable weather periods for spreading manure.

Kevin Ganoe, a field crop specialist with Cornell Cooperative Extension, views the growing degree days tool as a means of budgeting for a farmer.

“If we have a wet spring and now a farmer is behind, how many growing degree days are left and what variety can I plant in order for it to mature,” he said. “The guesswork is taken out of the mix because you have real numbers.”

“For years we’ve talked about growing degree days, but farmers haven’t had a good way to track it,” Ganoe said.

Since heat is what really drives crop growth, Ganoe added, a tool that patterns growing degree days by using data is sure to be of interest to producers.

Ganoe has introduced the tools at various venues he’s attended over the last several years, and it’s not uncommon for people to reach out asking how they can use them.

“That tells me something,” he said. “There’s interest.”

And that interest isn’t limited to farmers.

“Most of the tools will work for many applications,” O’Neil said. “I think of it as a field mapping strategy.”

A strategy based on historical data can help ease nerves when it comes to dealing with turbulent weather, short-term variability and long-term climate change.

O’Neil said usage of the online tools has occurred in “bursts,” and Ganoe believes it’s up to Extension educators to help more farmers learn how to utilize the resource. Over time, he said, the climate tools will become something that a farmer naturally depends on when it comes to planting decisions — much like instinct.

“These are numbers that are so much better than anything to date. I feel like we’re scratching the surface,” Ganoe said. “Maybe it will be in 10 years, or maybe five years, they’ll turn to something like this to help make a better decision.”

We are proud to announce this article has won a 2021 Professional Keystone Media Award:

We are proud to announce the following articles, collections, special sections, podcast episodes and photos have won 2021 Professional Keyston…