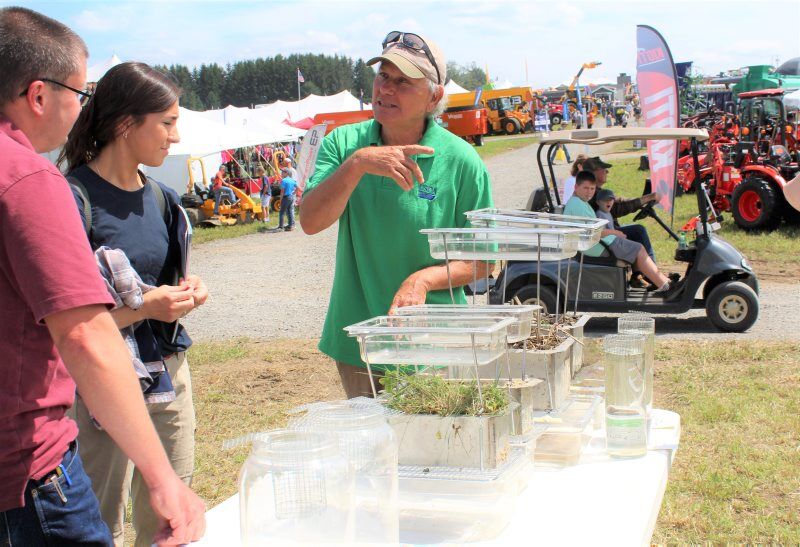 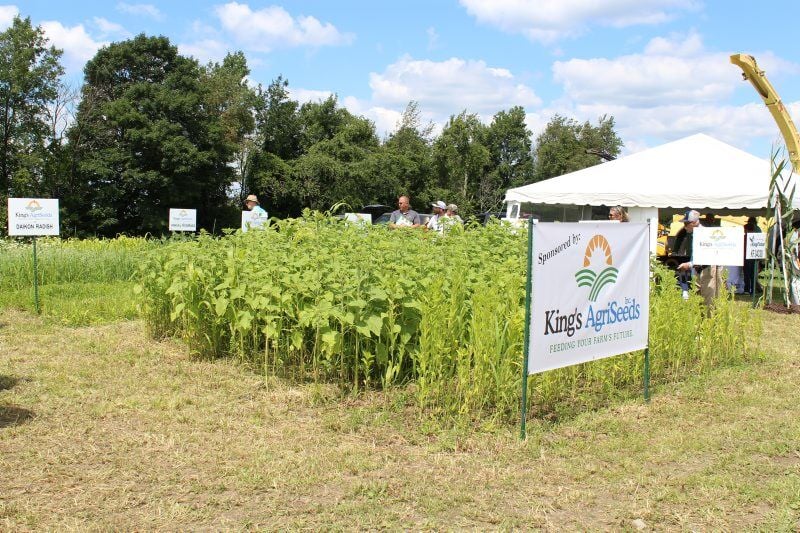 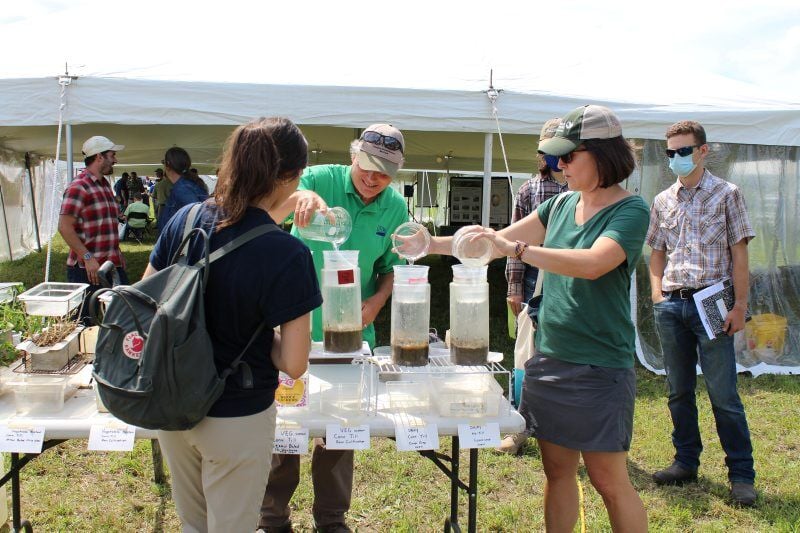 Pouring water through soil samples demonstrates the health of the soil.

POMPEY, N.Y. — Want better soil? Plant a cover crop between seasons. That was the message promoted at Empire Farm Days by Paul Salon, who has worked as a soil conservationist and district conservationist for USDA Natural Resources Conservation Service since 1979.

Salon demonstrated the positive effects of cover cropping through a variety of soil samples available for attendees’ viewing. He poured water through the sampled soil to simulate a significant rainfall event so he could show how much rain would flow through and how quickly the water flowed.

“That shows aggregate stability,” he said. “When it rains, it dissolves and forms a crust. If the soil is stable, rain flows through.”

“No-till allows water to infiltrate and allows it to be stored for the crops’ use between rain events,” Salon said.

This can help crops survive through dry spells. Tilling the soil eliminates the root systems that provide healthy soil structure. This is particularly important for farms with varied topography.

“Any slope and the soil would allow the rain to flow off into a water source,” Salon said.

Rain flowing off farmland contributes to pollution and soil erosion — both bigger problems on farms with hills but concerning nonetheless for any farmer planting crops. To mitigate these issues, Salon encourages farmers to keep their ground in use with cover crops.

“In a year, you can see the difference in having a cover crop,” he said.

Salon also noted that the samples with cover crops lacked the dry, crusty, compacted appearance of those without cover crops. The cover crop soil samples appeared darker, looser and richer in organic matter.

Salon authored “A Guide to Conservation Plantings on Critical Areas in the Northeast.” He earned a bachelor of science in horticulture and a Ph.D. in plant breeding with a minor in agronomy from Cornell University. He is a certified crop adviser, certified pesticide applicator and a member of the American Society of Agronomy, Soil Science Society and the Soil and Water Conservation Society.

Get Creative With Cover Crop Options After Small Grain Harvest

Maintaining an actively growing root system in the soil year-round improves soil quality, while the growing cover crop keeps weeds down and can fix or recycle nitrogen for next year’s crop. Here are some cover crop options to consider.

Fall Cover Crops: Make One Day in September Worth a Week in October

When it comes to planting fall cover crops, every day counts. From planning seeding to following the harvester, here’s everything you need to know about fall cover crop planting.