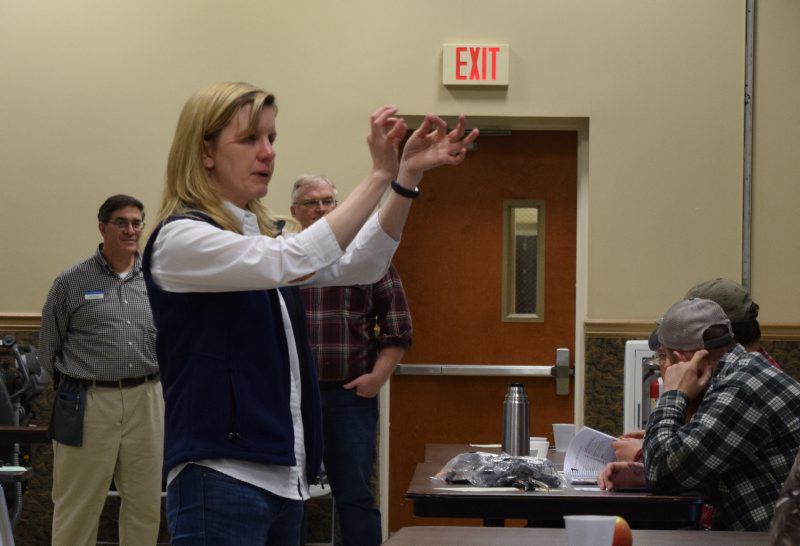 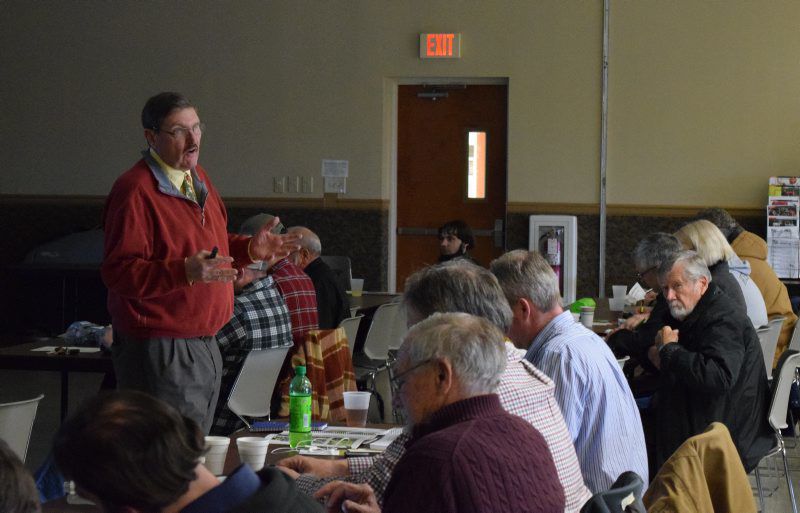 LANCASTER, Pa. — When things go wrong in an apple orchard, growers have the entire winter to brood over what could have been.

Crassweller gave some pointers for combating those problems during a Feb. 20 grower meeting at the Farm and Home Center.

One of the problems he noted last year was watercore, which happens when the contents of the cells leak into the spaces between them.

U.S. consumers may be turned off by the fruit’s uneven interior coloration, but some people have taken a liking to watercore.

Growers who are concerned about watercore should ensure their trees have enough calcium. It’s part of the structure of cell walls.

The discoloration — often yellow, brown or dark tan — sometimes occurs on fallen apples that weren’t picked up and the top layer of a bin that didn’t get out of the sun quickly enough.

To protect the fruit, growers can use sprays of kaolin clay or calcium carbonate. The evaporation of sprayed irrigation water can also help.

“Shade netting’s become more common out on the West Coast. Eventually, we may end up doing something like that,” Crassweller said.

A number of growers reported corky patches on their apples.

This condition, called russeting, is a result of microscopic cracks in the skin that expand as the fruit grows, Crassweller said.

Russeting has many causes, including insect feeding, yeast on the fruit surface, certain crop protectants, humidity and rain 15 to 20 days after full bloom.

One type of russeting creates “pumpkin fruit,” which has a creased surface resembling a jack-o’-lantern’s.

That happens when the calyx — those tiny leaves that end up at the bottom of an apple — are killed in the spring by frost. The tissue below the calyx also dies, leading to the creases, Crassweller said.

Honeycrisp had a lot of frost-related russeting this year, but some other varieties were spared.

Gibberellins — chemicals that cause cells to expand — can reduce russeting, he said.

Marssonina blotch lives in American woodlands, but commercial growers shouldn’t have any problem with it. They’ll almost certainly kill it with whatever fungicide they are already using.

Last year seemed to be a year for the disease, considering it was also reported in the Hudson Valley, New Jersey and New England.

But Peter saw it in untreated check strips and blocks treated with products that were effective against only a few diseases.

Now that spring is approaching, growers can start thinking about planting their new trees.

Orchardists use growth regulators similar to natural compounds in the plant to encourage these whips to branch. Some of the suitable products are also used for chemical thinning.

There are various ways to time their use, but Crassweller has the growth regulator MaxCel applied to the trunks in a latex paint mix the day after they’re planted.

“It just makes things simpler. We don’t have to worry about going or forgetting about it,” Crassweller said.