Phoebe Stutzman patiently brushed Bodacious, her golden crossbred steer, as she waited for the judge.

It’s a common scene at a fair like Kempton, except Bodacious and Stutzman were not preparing for their usual formation on the tanbark.

The Kempton Fair, back last week after a one-year pandemic hiatus, held its first livestock advocate competition. The June 17 contest evaluated youths like Stutzman on their ability to speak extemporaneously to consumers about farming and the livestock industry.

“I think it’s important for everyone to understand that we are not trying to hurt these animals and that we are taking the best care of them, to make them happy and give them the best life that they can have,” Stutzman said.

While this contest is new to Kempton and may be rare in Pennsylvania, it’s not unheard of. The Texas FFA Association has been hosting a similar competition for its leadership development events since 2017. Teams of five compete to see who can most effectively advocate for agriculture.

She assessed youths on their communication styles, including the ability to maintain eye contact, their use of an effective tone and body language. She also evaluated them on how they conveyed positive messaging about the beef industry.

Gauker simulated a conversation between a fairgoer and exhibitor, giving Stutzman an opportunity to showcase her beef industry knowledge. The 13-year-old spoke confidently to Gauker on how she and her family cook their favorite cuts of beef, such as brisket.

“My mom usually puts it in a Crock-Pot with canned tomatoes,” Stutzman said.

Gauker, who herself advocates for the beef industry through her business, said the contest gives youths an opportunity to hone their public speaking skills while sharing their personal farming stories.

“We need to do a better job at sharing ourselves without implying people don’t know anything,” Gauker said. “We’re not always going to change their minds, but we can always share our personal experiences.”

Informing the public is just one of many roles a modern farmer plays in today’s world. And for Cathlene Moatz, a 15-year-old 4-H’er from Kutztown, the Kempton Fair was a perfect platform.

Moatz, who won first place in the swine division of the contest, spoke about ballot initiatives in Colorado and Oregon pushed by animal welfare activists that would ban artificial breeding and greatly increase livestock slaughter age.

“These petitions, if you read through them, they sound good-natured until you dig in and do the research. You find out how detrimental it is. It would shut us down completely,” Moatz said. 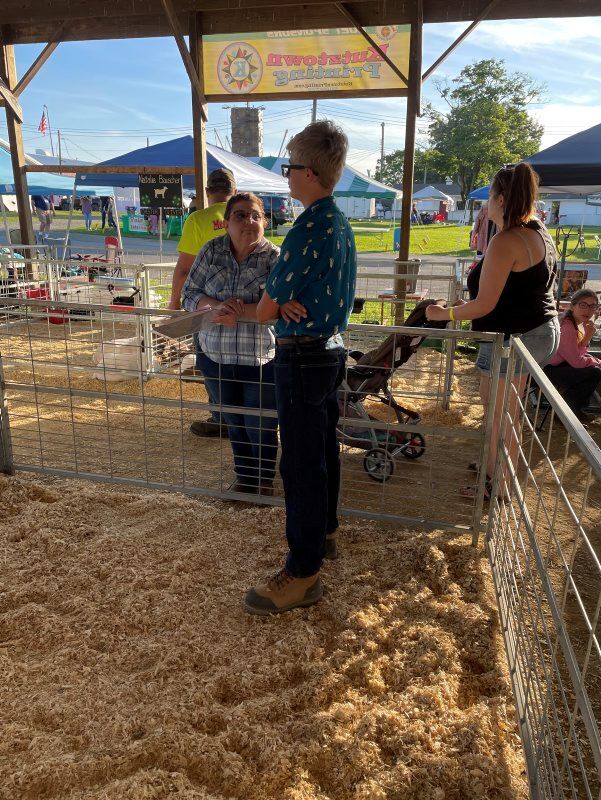 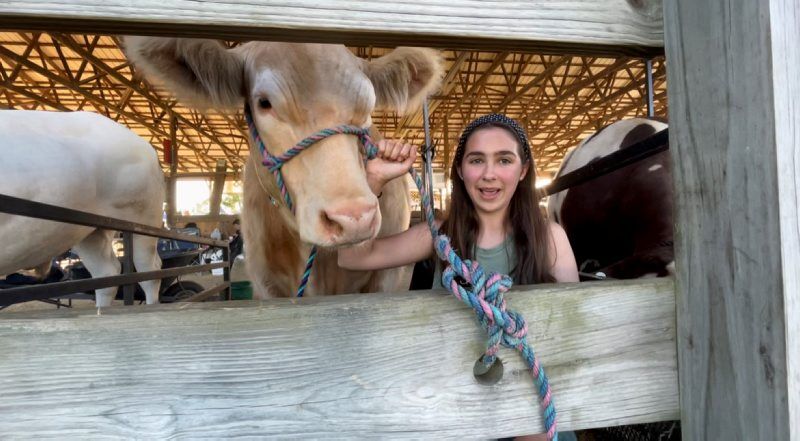 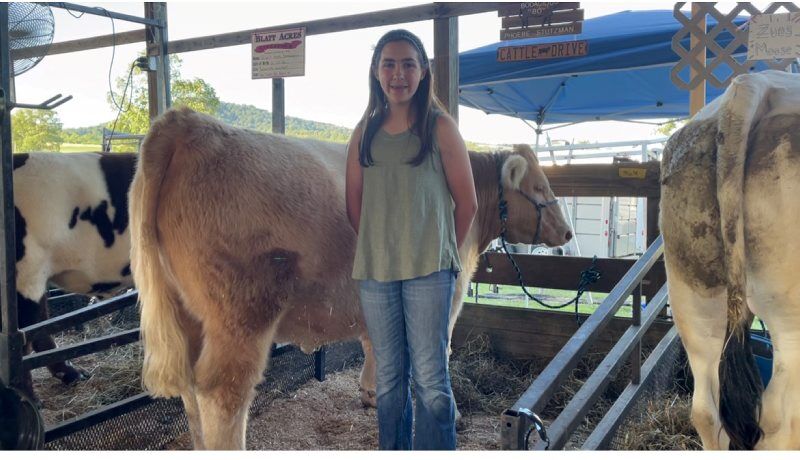 The Colorado Supreme Court blocked the measure this week, saying it violated the rule that ballot initiatives pertain to only one subject.

For Moatz, the news from out West and the new contest at Kempton have ignited her passion for future ag advocacy.

“I feel I am knowledgeable, and if I can be able to put that out there and help educate the public, it will benefit the agriculture industry as a whole,” she said.

On the other side of the barn, Rebekah Sipler spoke to judge Heather Anderson about how she will market her two Boer goats, Phil and John.

Sipler shared her methods of tapping into niche markets.

“I like to look at the religious holidays on the calendar,” she said.

She also told Anderson that she has a diverse customer base that regularly visits her farm to purchase goats for a holiday or family meal.

Anderson said it’s important for Sipler to know her market and be able to explain it to not only a livestock judge, but also to a consumer.

Sipler signed up for the contest to improve these skills.

“It helps me be better with my speaking for the public and for the show ring,” she said.

Twenty livestock exhibitors took part in the advocacy competition, and event organizer Michele Brown was pleased to see so many youths interested in ag advocacy.

“We have created awareness. We have laid the groundwork and will see where it goes,” she said.

The other judges for the advocate contest were Carol Shoop for sheep and Jason Manbeck for swine.

For 4-H Leader, the Future Is Looking Brighter

Skylar Peters, an Extension 4-H educator in Mifflin County, always knew she was interested in agribusiness, but her path to 4-H was full of unexpected turns.

After a Two-Year Hiatus, Sundae on the Farm Returns to Saratoga County

Sundae on the Farm, organized by the Saratoga County Cornell Cooperative Extension’s Ag Promotion Committee, is an opportunity to entertain and educate the public on the importance of agriculture.

Revved Up About Fair Season

Attendees at the Kempton Fair sound off about what they missed most during last year’s cancellation and what they were most excited about for this year.

Show Up for Agriculture: Attend Your Local Fair

State and county fairs are a staple in the agriculture community, offering opportunities to get together and celebrate all the hard work put into 4-H and FFA livestock and projects.