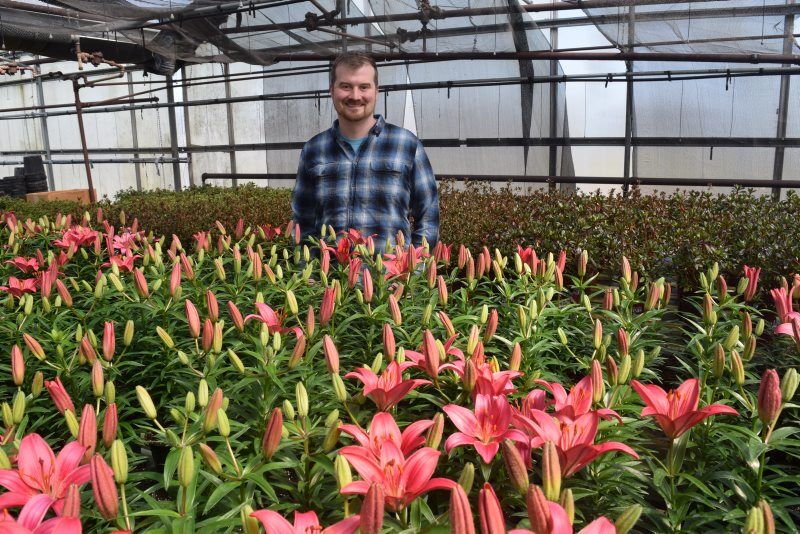 Chris Layser stands with some of the blooming Easter lilies. Easter and Mother's Day are the most popular times of year for flowers. 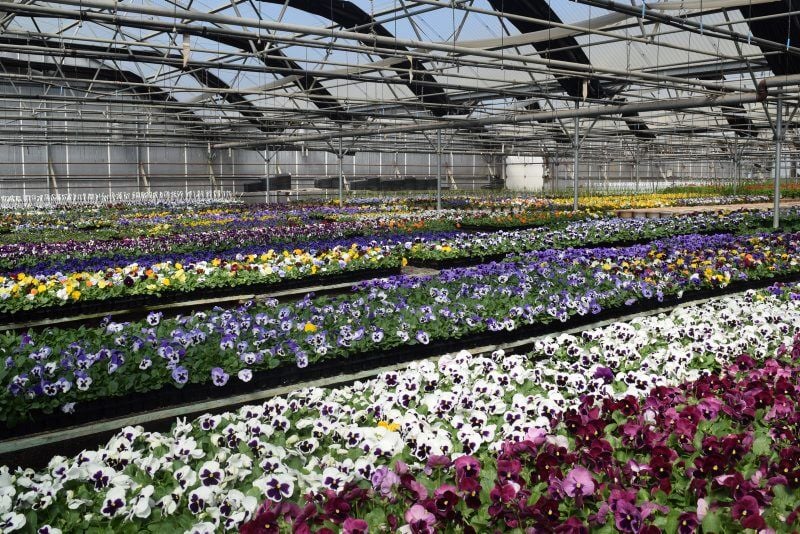 Colorful pansies bloom in one of Layser's 35 production greenhouses. 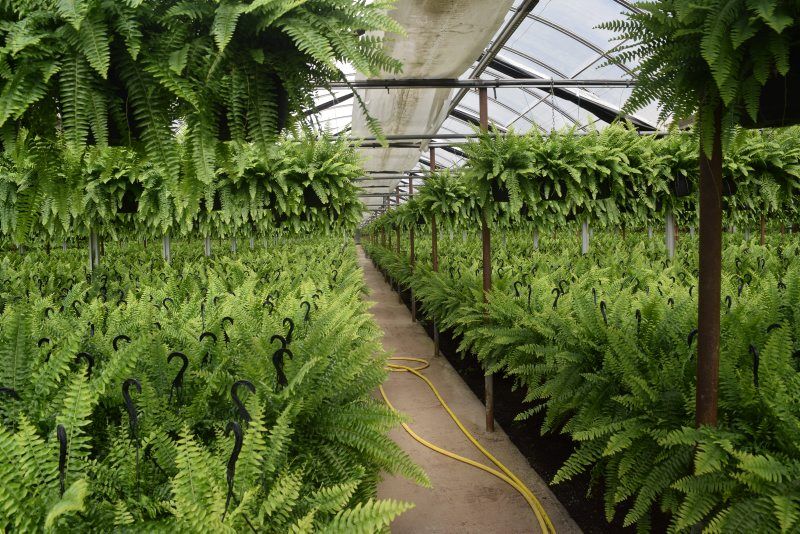 This greenhouse is filled with 20,000 Boston ferns, a best seller at Layser's Flowers.

Layser’s Flowers is blooming with anticipation for its 70th spring season.

The wholesale and retail operation that claims to “grow everything under the sun since 1951” boasts 35 production greenhouses bursting with blooms and foliage for one of the floriculture industry’s busiest times of the year.

The wholesale Easter stock is already sold out, aside from some hyacinths, and Mother’s Day is always the busiest time of year, Layser said. That’s due not only to the holiday but also to the spring planting season.

And while “flowers” is front and center in the business’ name, the hottest seller is the Boston fern.

“I would like to see us do more, but that’s all the room we have for them,” Layser said. “We’re at max capacity of ferns.”

The ferns typically sell out every year, and though May is prime time for ferns, many Easter customers tack them onto their orders.

An Eventful First Year in the Family Business

When Layser’s grandfather started the business seven decades ago, he focused on growing starts for farms. But the demand for flowers quickly took over, and that market, along with the ferns, is still going strong today. The business is currently owned by Layser’s father, Steve.

Chris Layser worked in the auto and trucking industry after college, but he returned to the family business to be sure that it stays in the family when his parents are ready to retire.

He officially joined the company in January 2020, right before the COVID-19 pandemic took hold.

“It was trial by fire,” he said about the abrupt adjustment.

Though floriculture was considered an essential business in Pennsylvania, the auditor general’s office found the state gave inconsistent guidance on garden centers. Layser’s closed for a few weeks in March last year.

Most of last year’s Easter orders were canceled, resulting in greenhouses full of flowers with nowhere to go.

But after Easter, things began to pick up.

“Last year was really great,” Layser said of vegetable sales. “We couldn’t keep them in stock.”

Foliage sales also surged. Layser said some of that demand came from people who wanted something nice in the background of their video calls.

Even with increases in certain categories, overall sales were down in 2020. But Layser said things are looking good so far this year.

“It’s a very volatile business,” he said. “We have very good years and very bad years.”

Predicting Trends in the Market

Layser’s business is 80% to 85% wholesale, and he fills most of his contracts in Pennsylvania, Maryland and New Jersey. With 35 greenhouses on two properties, Layser is able to grow hundreds of different plants and varieties.

“We’re always trying to maximize our space,” he said, adding that he’d like to expand at some point.

Many of the greenhouses feature relatively new technology such as automatic watering, under-bench radiators and shade curtains.

Deciding which flowers to grow in all those greenhouses is a challenge. Seeds and starts have to be bought well ahead of the marketing season — Layser starts growing Boston ferns in August to be ready for spring, and Christmas poinsettias are ordered in January and planted in June.

With so much lead time, it’s hard to predict which varieties will be popular when it’s time to market the plants.

“The flowers might not change, but the varieties change rapidly,” he said.

Layser starts plants as seeds, plug trays and unrooted cuttings, and he orders bulbs and cuttings from all over the world.

Along with its two retail greenhouses, the business has a store that sells gifts and garden items. Layser’s mother, Lu, runs this side of the operation.

Layser’s Flowers employs 35 year-round employees, many of whom Layser said have worked there longer than he has been alive. The farm also has about 10 seasonal employees.

A Hopping Side Business for a Young Entrepreneur

Vanessa Stickler started showing rabbits when she was 8. Fourteen years later, she’s in the rabbitry business to stay.