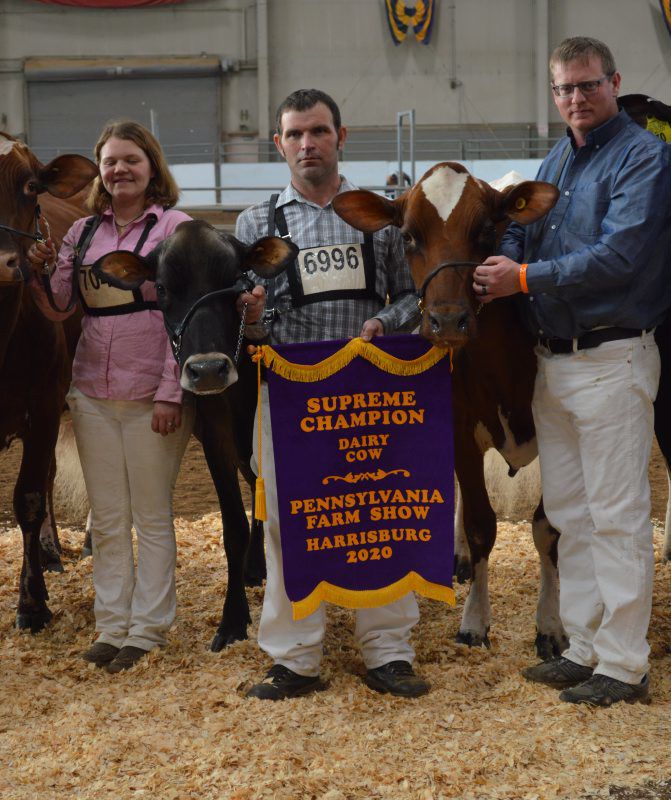 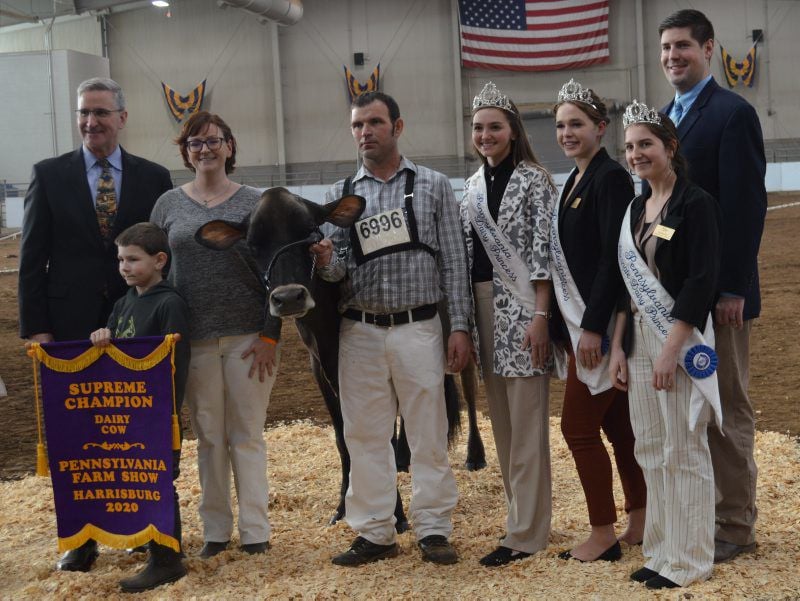 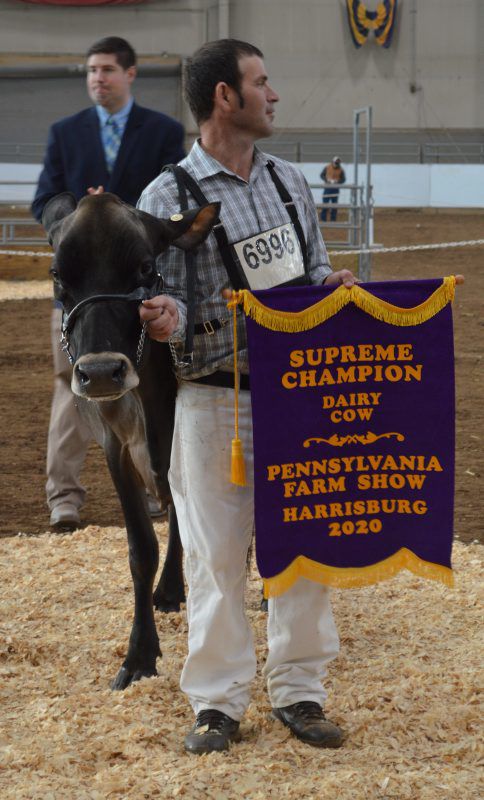 HARRISBURG, Pa. — Standing in the spotlight with the supreme champion dairy cow is nothing new for Jill and Andrew Dice.

But this year’s win at the Pennsylvania Farm Show — the third for the Lebanon couple — was special because they won with a Jersey, their breed of choice.

The Dices won the supreme title on Jan. 10 with senior 3-year-old Kash-Up Andreas Envy, which the couple owns in partnership with Andrew’s sister, Dianne Dice.

In 2015 and 2018, the Dices won supreme champion with a Holstein, Gajan Carla, which is housed at Glen Martin’s farm in East Earl.

Andrew was awestruck when the judge reached out to shake his hand. “She (the cow) was right on the money,” Jill said.

The judge cited Envy’s great stage of lactation, good udder and udder attachment, and sound feet and legs as reasons she stood out from the other breed champions, she said.

The cow was on a show diet, but overall in preparing for the Farm Show the cow was “low maintenance,” she said.

The couple, who run Blue Mountain Jerseys in Fredericksburg, plan to do in vitro fertilization with Envy to increase the number of her offspring.

Below are the breed grand champions from the Farm Show open dairy competition.

Exhibited and owned by Lynette Gelsinger