ATGLEN, Pa. — A Chester County couple who raise Suffolk sheep and are major supporters of youth showmen are this year’s inductees into the Pennsylvania Livestock Hall of Fame.

Bill and Betsy MacCauley of Atglen will be honored Oct. 7 during the opening ceremony of the Keystone International Livestock Exposition in Harrisburg.

“I have to admit, I was rather dumbfounded,” Bill said.

Bill and Betsy both thought they were much too young to be entering the Hall of Fame, which is organized by the Pennsylvania Livestock Association. The 2019 and 2020 inductees are a generation older than the MacCauleys.

But Dennis Grumbine, the Hall of Fame chairman, assured Bill that the MacCauleys’ efforts to advance the state and national livestock industries were appreciated.

Since 1972, the Livestock Hall of Fame has honored notable breeders, ag lawmakers and state ag secretaries.

In those early years of the Hall of Fame, Bill was growing up on the Atglen farm where his parents raised Suffolk sheep.

Like Bill, Betsy participated in 4-H, though she started out competing in dog obedience and dog showmanship. Her brother wanted to show sheep, so her family bought its first sheep from Bill’s parents in 1979.

“Did I think that we would be where we are now with the number of sheep? Absolutely not,” Betsy said.

She and Bill have what they think is likely the largest Suffolk flock in the United States. With about 1,000 sheep, it’s certainly one of the largest sheep operations in Pennsylvania.

The MacCauleys sell breeding and show stock across the United States. At least half of their buyers each year are youth exhibitors.

The MacCauleys breed for meat, structural correctness, growth, eye appeal, and performance on grass. Bill said he expects the ewes to survive on the farm’s 80 acres of grass from April 1 to Dec. 1.

For years the MacCauleys used only family labor — themselves and sons Chris and Kyle, now adults. They had 120 ewes when Chris, the elder son, went to college.

At that point, the MacCauleys faced a decision — downsize to a flock that could be managed with fewer people, or get big enough to hire a herd manager.

Betsy spends her time on the farm operation, managing registrations and online sales in addition to animal work, but Bill’s farming time is constrained because he is the owner and president of John Rock Inc., one of the largest wooden pallet manufacturers in North America. The company produces 25,000 pallets a day and employs close to 300 people.

Fortunately, at a 2011 sale in Reno, Nevada, Bill met Evan Snyder, an Oklahoman who was looking for a next step. The sheep flock he was working for was being dispersed.

“Before you make any decision, come talk to me,” Bill told him.

Snyder started as farm manager in 2012 and has since helped grow the flock.

Expansion helped the farm tap into new markets; in addition to selling breeding and show stock, the MacCauleys sell lamb to restaurants and do embryo transfers, which requires a dedicated flock of 50 to 60 recipient ewes.

“It takes numbers to be able to do that,” Bill said.

“We think that people took some of that stimulus money and bought sheep,” Betsy said.

The pandemic also brought a rare hiatus from showing for the MacCauleys.

This June, they competed for the first time in more than a year at the Midwest Stud Ram Sale, where they showed the reserve grand champion Suffolk ram. This weekend’s sheep show at KILE marks their return to local competitions.

The family has also competed at The Big E and state fairs across the Midwest, and won several national champion awards at the North American International Livestock Exposition in Louisville, Kentucky.

When they aren’t competing themselves, the MacCauleys are helping out the next generation of livestock exhibitors.

“The kids are the future, so we have to support them,” Bill said.

The couple have sponsored several shows and have hosted a number of livestock judging teams — from the county 4-H club, Penn State and as far as Kentucky.

“If they want to practice and they want to judge Suffolks, we let them. We’ll host them and let them come here,” Bill said.

“Betsy makes it fun for the kids, interactive, gets them involved, and it’s amazing to watch the kids with her teaching them,” Bill said.

Betsy said raising sheep helped her sons learn how to be responsible, prepare for big tasks, and present themselves professionally to others.

“It’s some incredible life skills that a lot of kids don’t get these days,” Betsy said.

Bill has also twice served as president of the United Suffolk Sheep Association.

But the couple’s most visible contribution might be at the Pennsylvania Farm Show junior livestock sale, where they have been high-volume buyers for 15-plus years.

Purchasing as John Rock Inc., Bill figures he has bought hundreds of animals over the years, including most positions in the sale of champions.

Even when he doesn’t win, Bill is often a contending bidder to drive the price up.

“That day we go, we don’t even know how many we’re going to buy. We just try to help out the kids,” Bill said.

Bill also sits on the committee that awards Farm Show Scholarships to college students. The scholarships are announced just before the sale.

“All the money goes to the kids. That’s the best part about it,” Bill said. 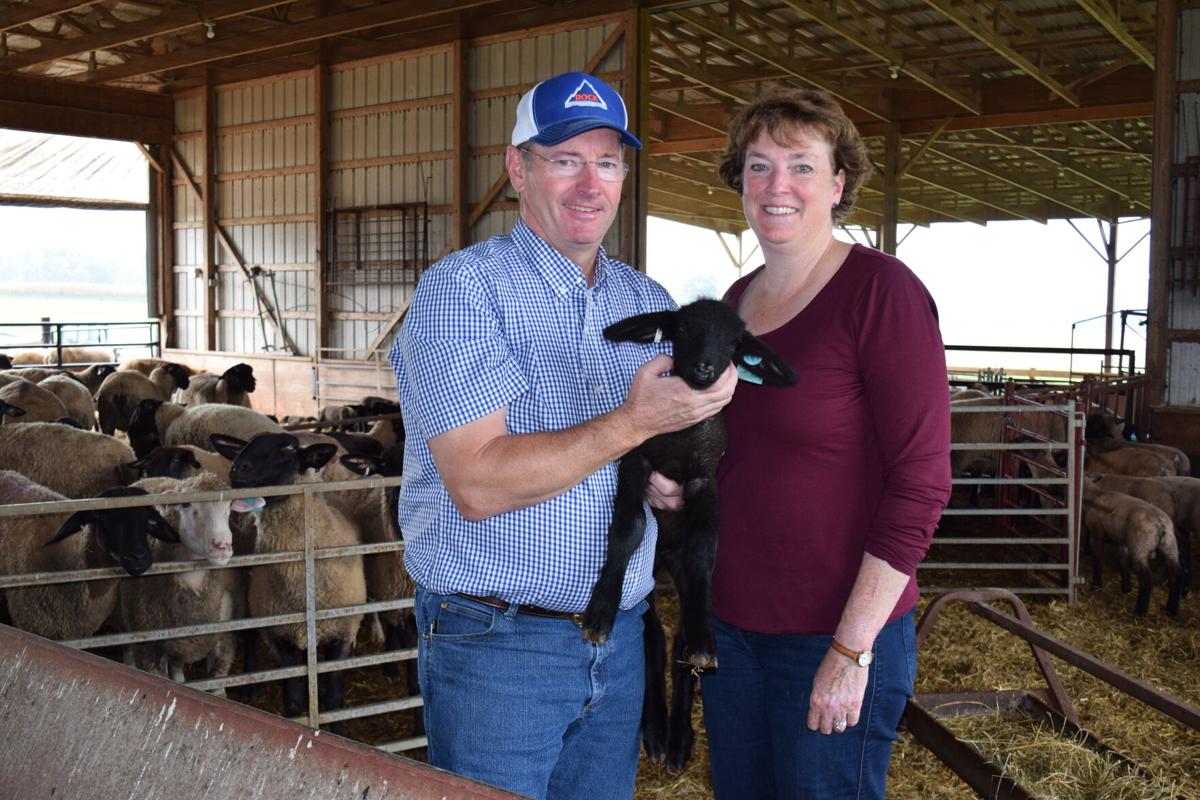 Bill and Betsy MacCauley stand with a lamb in one of their barns. The Suffolk breeders from Atglen, Pa., are the newest members of the Pennsylvania Livestock Hall of Fame. 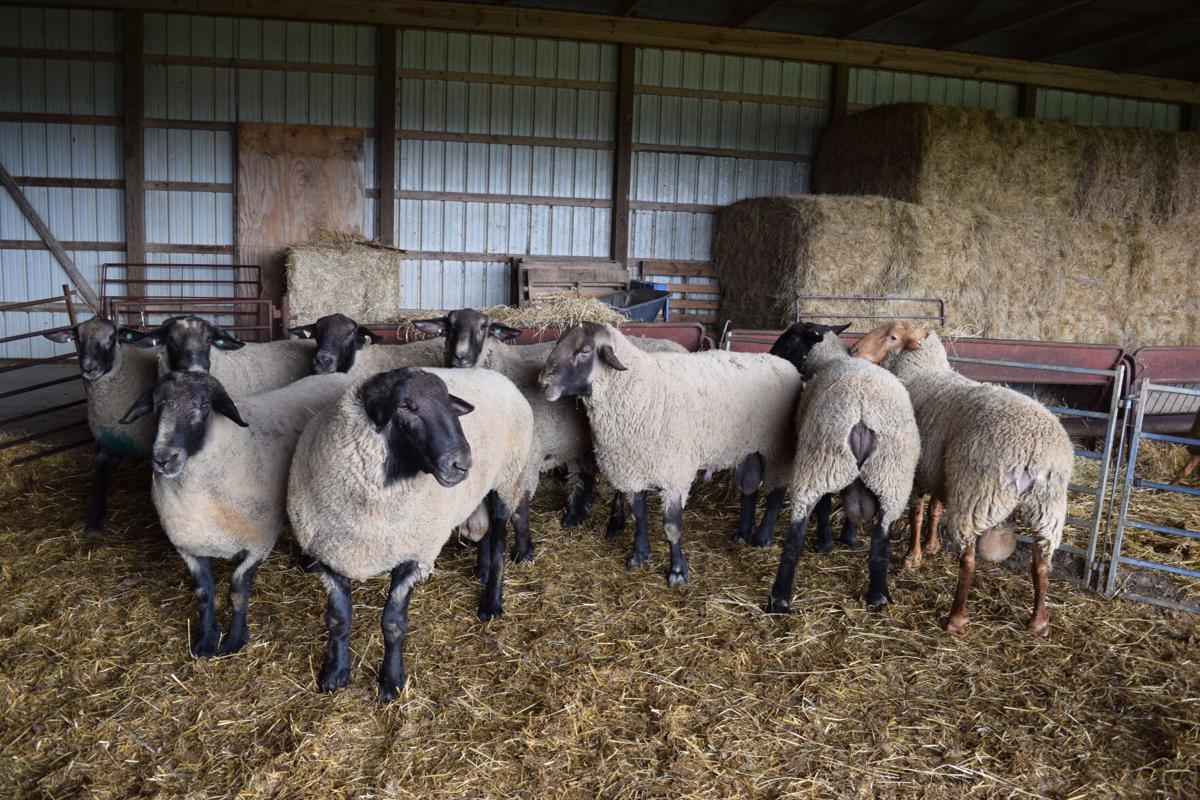 Sheep stand in a pen at the MacCauleys’ farm. 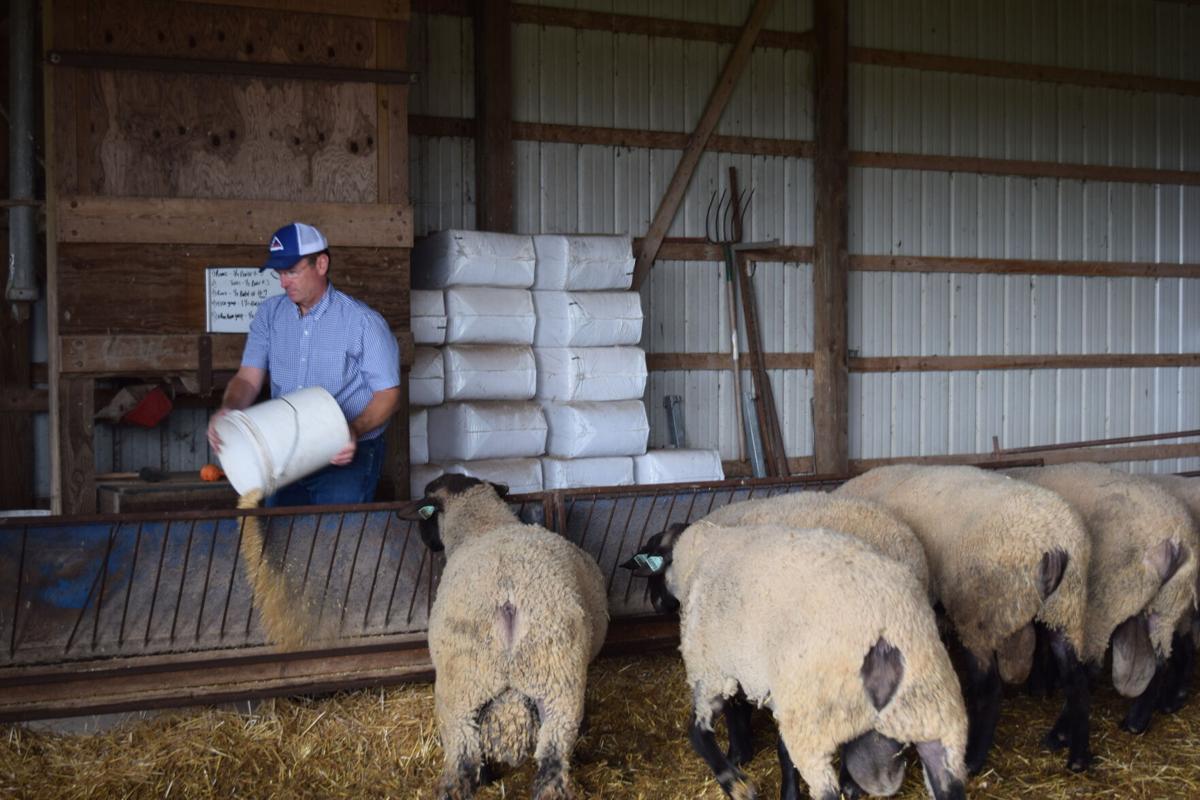 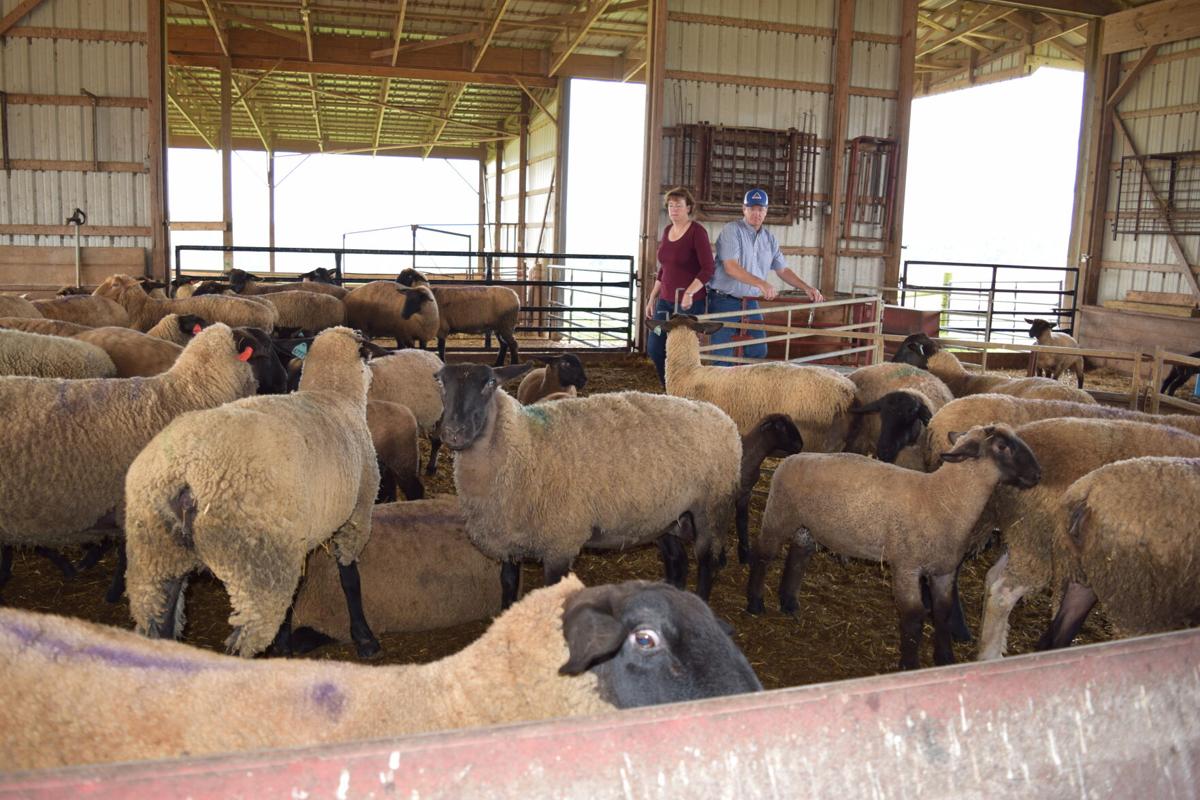 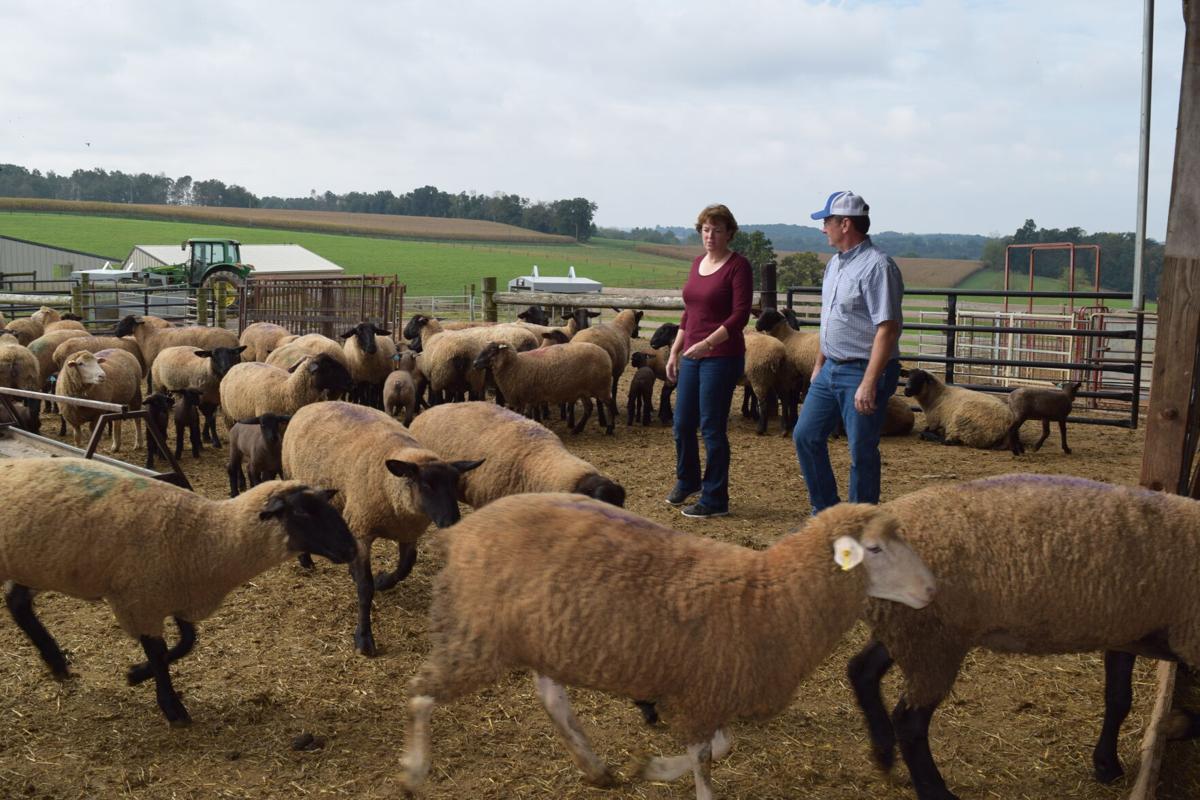 View Photos of the MacCauleys and Their Suffolk Sheep

Bill and Betsy MacCauley stand with a lamb in one of their barns. The Suffolk breeders from Atglen, Pa., are the newest members of the Pennsylvania Livestock Hall of Fame.

Sheep stand in a pen at the MacCauleys’ farm.

KILE Opening Goes on Without the Show

COVID-19 canceled the 2020 Keystone International Livestock Exposition, but at least one important component of the 64th annual Harrisburg-based event lived on.

U.S. Rep. Glenn “G.T.” Thompson was added to the Pennsylvania Livestock Hall of Fame on Thursday in honor of his service to Pennsylvania farmers.

Richard Kuzemchak was inducted into the Livestock Hall of Fame during the Keystone International Livestock Exposition on Thursday, Oct. 3, at the Pennsylvania Farm Show Complex & Expo Center in Harrisburg.

HARRISBURG, Pa. — On Thursday, Tom Calvert was inducted into the Pennsylvania Livestock Association’s Hall of Fame. His induction was part of …

Will to Succeed Key to KILE Shepherds

Hall of Fame football coach Vince Lombardi once said, “The difference between a successful person and others is not a lack of strength, not a …