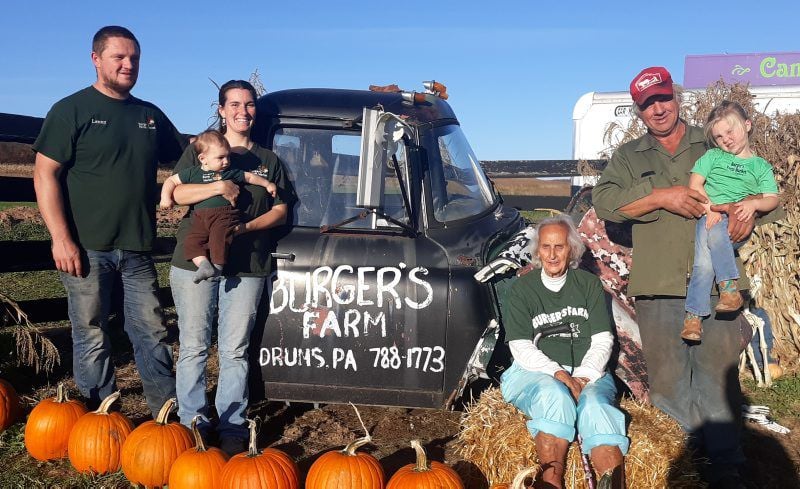 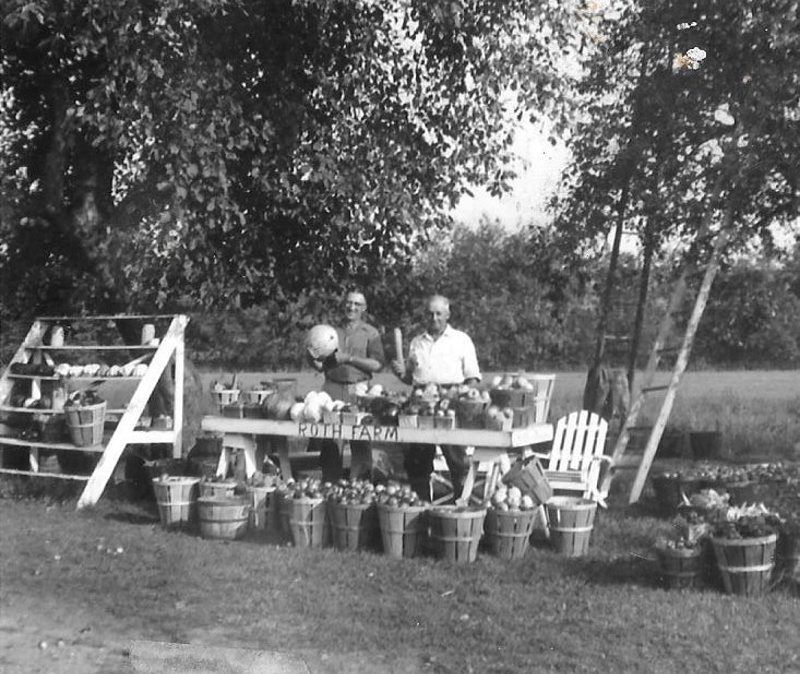 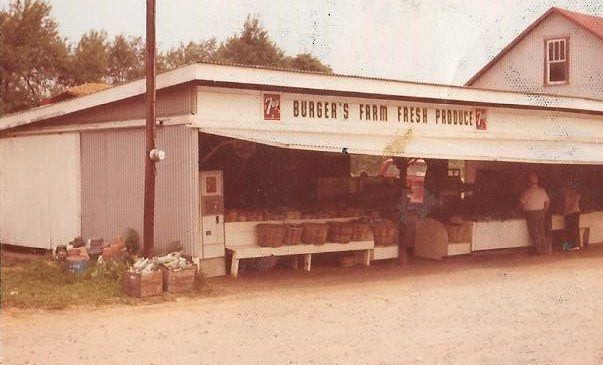 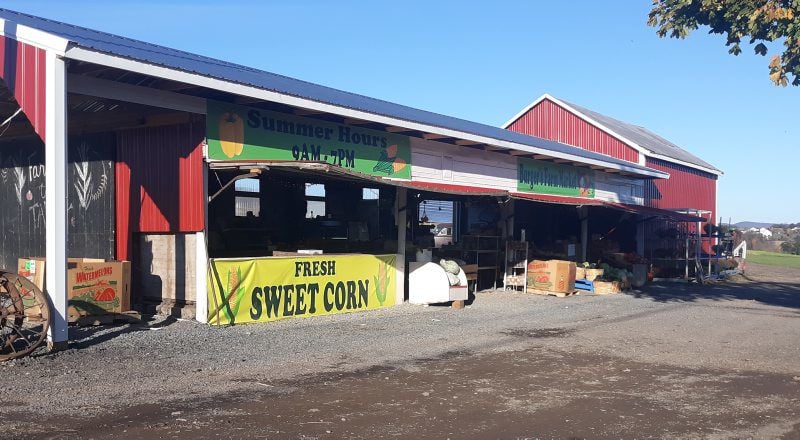 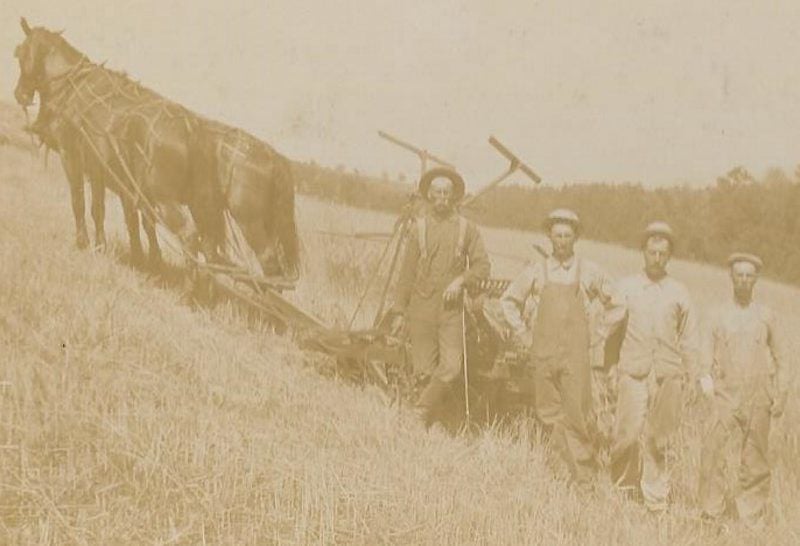 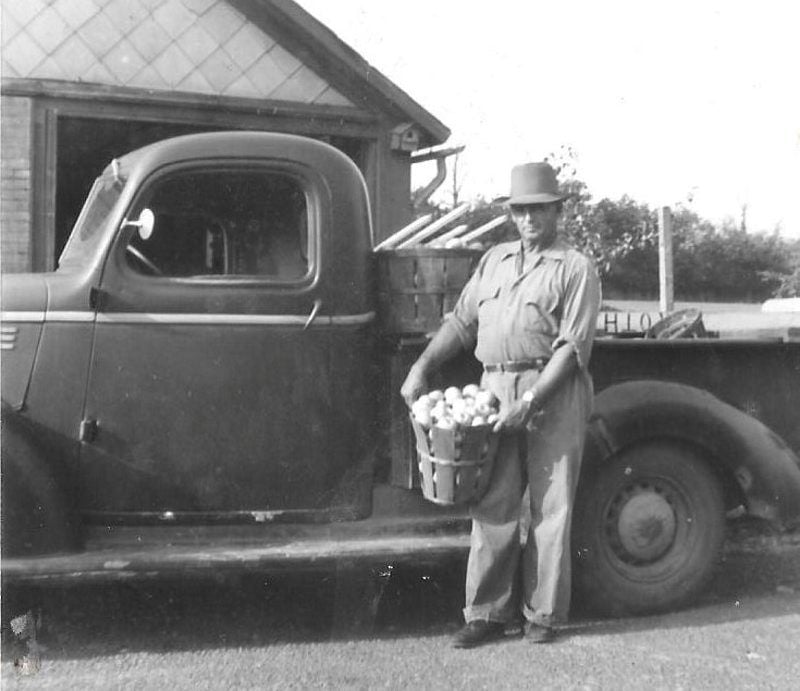 DRUMS, Pa. — There are plenty of reasons why the Burger family farm has been around for 130 years, yet the milestone may not have been possible if it weren’t for a broken business deal more than 100 years ago.

Today, the 250-acre farm in southern Luzerne County is home to a thriving produce stand, pick-your-own plots and row crops, such as corn and soybeans. While the expansive produce stand is the backbone of the farm, it’s a business that actually began by accident.

In 1889, Wilson Roth moved to the farm from the Conyngham Valley, becoming the first generation of the Burger family to settle in the area (the last name changed due to marriage). In addition to being a farmer, Roth was a merchant, and he opened a general store on the property. As the family established roots, it experienced a significant change in the early 1900s that laid the groundwork for the produce business that continues today.

Back then, William Roth, who was the second generation on the farm, was approached by a man who asked to purchase 100 ears of sweet corn that he could re-sell in town.

Roth picked the corn that day, but the man balked at paying the agreed-upon price and left. So Roth put the ears on his front porch, hoping one of the customers at the general store across the street would be interested in buying them. It didn’t take long for the corn to sell, so William continued to put more produce on the porch each day, and it sold quickly.

The family thought they might be onto something with the impromptu produce business, but the front porch wasn’t a sufficient space to meet growing demand. In the 1940s, they began selling produce from a small stand under a crabapple tree across the street. Demand continued to increase and in 1960, Leonard Burger Sr., who married William’s daughter, Mae, erected a building specifically for the produce business. The building is still in use today and has been incorporated into the current stand.

The produce business continued to grow, and in 1972 the family decided to sell their dairy cows and focus solely on vegetables and crops.

While the operation has diversified during its 130-year existence, one thing has remained constant as generations of the family remained on the land to keep the farm alive.

“My plan was to always come back here,” said Leonard Jr., 62, who represents the fourth generation on the farm. He left the farm to earn a degree in horticulture from Penn State but returned in 1980.

“I had three generations in front of me who built this into something, and they left this ground to me to make my living.”

That mindset is shared by his son, Len Burger III, who works the farm full time with his wife, Julie. Together, the family raises 30 acres of sweet corn, 20 acres of other produce and 12 acres of pumpkins, in addition to corn and soybeans.

Len III, 35, admitted the operation requires long hours and agriculture in general is a risky proposition, but like his father, he said his plan was to always stay on the farm.

“I guess it’s an inherited thing. There was a lot of sweat and hard work put in here before me, and it’s an honor to carry it on and mark our 130th year,” Len III said.

While the produce business helped the farm thrive and grow, there was an outside factor that allowed the business to stay profitable and support future generations of the Burger family.

Located a few miles from the city of Hazleton, the farm received an influx of new customers as immigrants from several countries moved to the area. These people had a desire for the produce that was grown in their home countries, and the Burger family learned how to raise it and cater to the demand.

That approach not only draws customers from Hazleton, but from the Poconos and New York City as well.

“Yellow peppers are a good example,” Leonard Jr. said. “The Eastern Europeans in the area wanted a hot yellow pepper that was grown in Kosovo, and when I found the seed and started growing it, they knew it and the business exploded. We also raise specific varieties of beans, squash and peppers for our Hispanic customers.

“Every one of these cultures eats differently, and we learned what they wanted and that helped our business grow.”

And that approach helped keep the Burger family on the farm.

Pumpkins are a big seller today, but generations ago the family raised them for a different reason.

“My grandfather and great-grandfather raised pumpkins to feed to the cows, but in the 1970s we started selling them and picked seven bins. That kept getting bigger, and now we’ll grow up to 200 bins a year,” said Leonard Jr.

The family also maintains several pick-your-own plots, has an agritourism component with hay rides and a pumpkin patch, and is planting additional blueberry bushes for next year.

When it comes to the crops sprouting from the ground, the Burger farm is constantly changing. But as far as the hands that are planting the crops, that remains in the family.

And it’s likely to stay that way for at least another generation, as Len III and Julie have two children, Lydia, 3, and 3-month-old Leo, who represent the sixth generation on the farm.

“To see my son and daughter keep it going would be nice,” Len III said. “The past generations built this, and because of that my kids will have the opportunity to carry it on.”