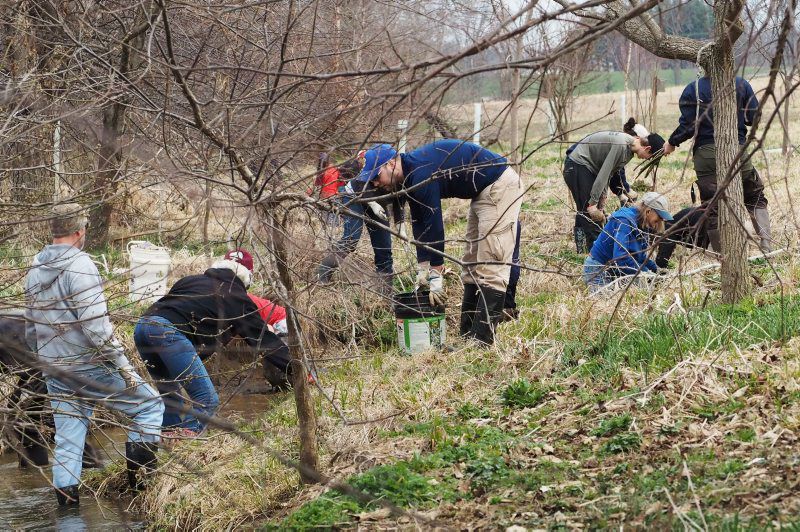 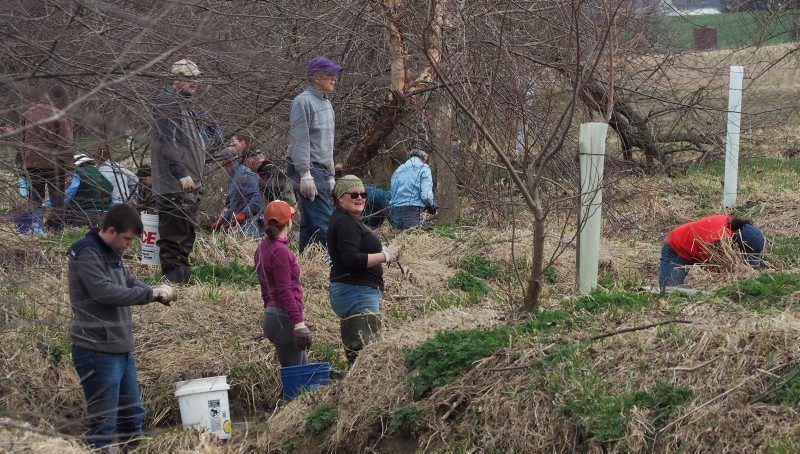 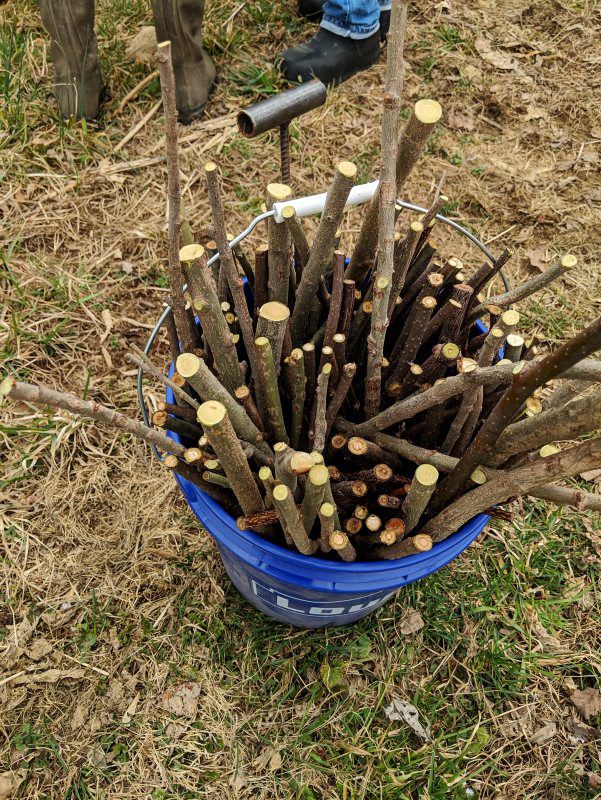 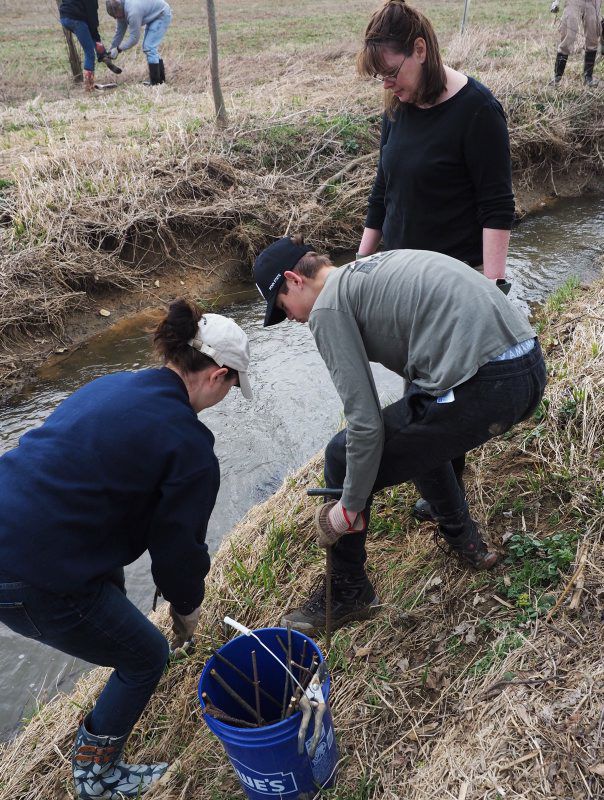 LANDISVILLE, Pa. — A group of about 30 volunteers arrived at Penn State’s Lancaster County research farm on a recent Saturday morning. Their task for the day was to shove sticks into the eroding banks of Denlinger Run, a small stream that meanders through the property. Welcoming the group to the Southeast Agricultural Research Center was Jennifer Fetter, an Extension educator whose specialty is renewable natural resources.

About a third of the group grabbed buckets of sticks, three-foot lengths of rebar and rubber mallets and headed straight for the banks of Denlinger Run. The rest of the group stayed with Fetter to learn more about the sticks — formally known as “live stakes” — and about how and why they were being shoved into the crumbling banks of the nearby stream. The stay-behind group spent about 90 minutes with Fetter before she led them out to the stream.

A live stake doesn’t look like much. About two feet long, more or less, an inch in diameter, more or less, flat at the top with an angled cut at the bottom. There are no roots, no leaves, no stems. Nothing but stick.

It is a plain piece of wood but is endowed with an indomitable will to live, to thrust roots into the earth and to sprout leaves that reach for the sun. A live stake is a humble kind of miracle.

The science/miracle is Fetter’s favorite part of the live stake approach to stream bank restoration. The science begins with harvesting the stakes. Fetter wants the stakes to come from Pennsylvania-native deciduous species of trees and shrubs. They need to thrive in full sun or part shade, and in medium to wet soils. And they need to have fibrous root systems.

Recommended species that work for Pennsylvania and many other states include silky dogwood, ninebark, buttonbush, elderberry and pussy willow.

Live stakes should be harvested during the dormant season, mid-March to mid-April for southeast Pennsylvania.

Since it’s hard to differentiate dormant species — a dormant ninebark twig looks pretty much like a dormant buttonwood twig — Fetter recommends identifying target species in the summer or fall of the prior year. It’s important to make the angled cut at the bottom of the stake, because that’s the part that goes into the ground.

If the ground is soft enough, a live stake can pushed into place. Most of the time, a section of rebar hammered into the ground is a good way to make a starter hole for the live stake.

It’s important to get as many nodes into the ground as possible. Nodes are the points where leaves emerge during the growing season. Nodes contain undetermined meristematic cells, which, like stem cells in mammals, haven’t yet decided what they’re going to become.

And here’s where the live stake science becomes a bit miraculous. When the stake is cut in the mother plant’s dormant stage, it is no longer connected to a root system. Roots release hormones that signal the rest of the plant that they are gathering moisture and nutrients from the ground. Absent those hormones, the live stake meristematic cells in the nodes that are underground switch from becoming leaves to becoming roots.

While it’s all scientific and logical, one could also call it a miracle. Or one could also say that trees are really smart, an observation with which Fetter agreed.

In its first year, a properly placed live stake will produce a few leaves and lots of roots. As the roots grow from season to season, after a few years they will form a living mass that will hold the soil in place on the stream bank where the live stake was planted. Fetter said the plants can be left to grow wild on farms and other rural areas. Suburban homeowners might prefer to keep their plants trimmed.

For more information on the practice, Penn State Extension offices have a brochure entitled “Live Staking for Stream Restoration.” The brochure can also be found online by searching for “Penn State live stake.” Search for the same phrase on YouTube for a 13-minute video on the practice.

Fetter said live stakes became a tool for stream bank remediation about a decade ago. At first, it was used as a conservation practice by Extension, other government agencies and environmental organizations. In the last five years or so, Extension has developed more workshops and educational tools to reach homeowners and smaller land owners.

The Saturday morning live staking event at the Penn State research center was originally meant to be a call for volunteers to come in and help stabilize the stream bank. “Then we had a brainstorm moment where we thought we should really turn this into an educational workshop,” Fetter said. “So we promoted it that way and gave the folks who attended a more in-depth explanation of how to do live staking and why it works.”

And it does work. Fetter said she’s seen examples where live stakes were planted a decade ago into crumbling stream banks. The streams are now stabilized by living covers of native plants.