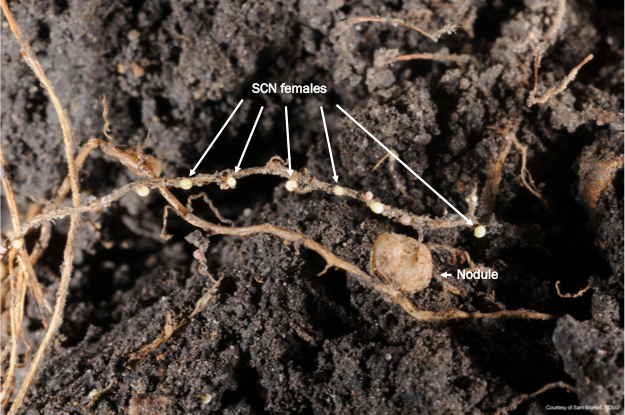 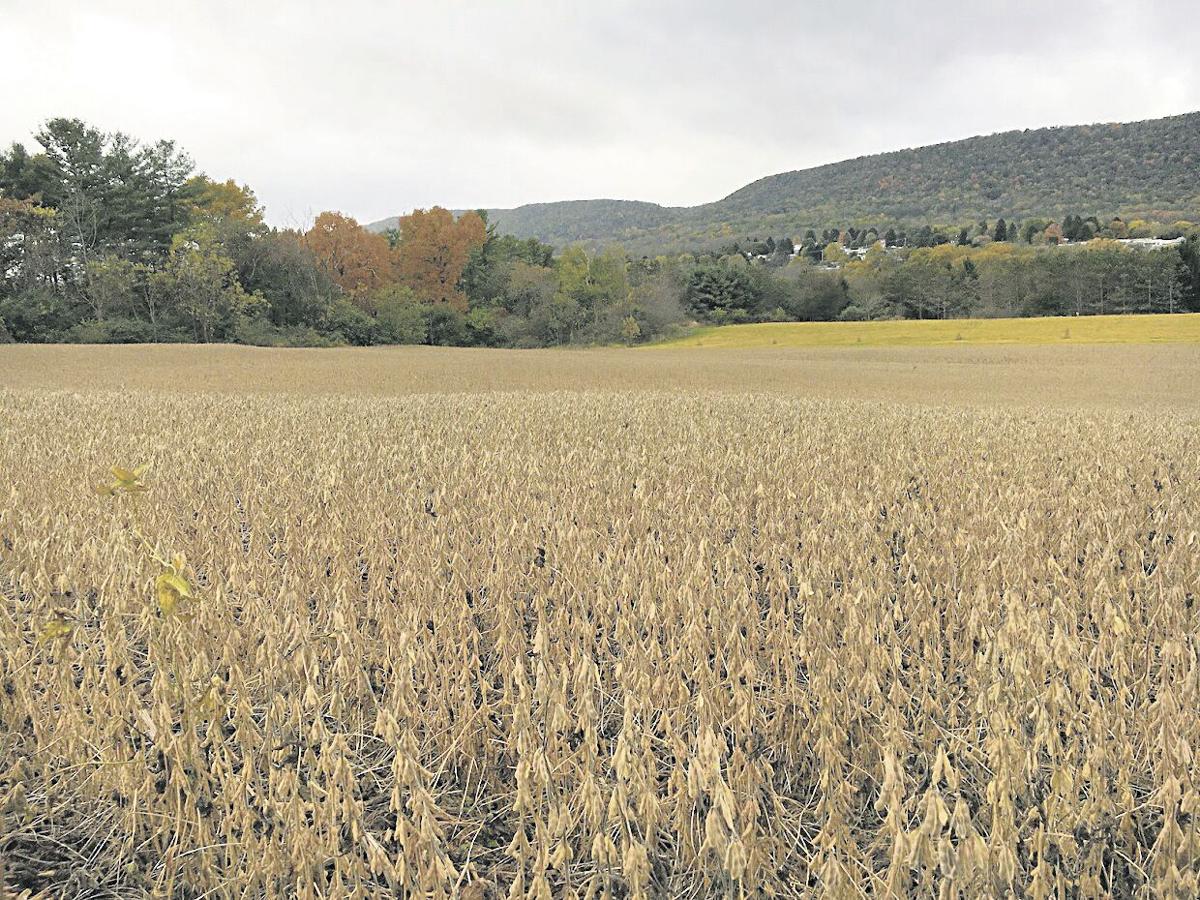 A soybean field in central Pennsylvania.

Soybean cyst nematode is the No. 1 soybean yield-robbing pathogen in the United States.

The nematode can be found in almost every county where soybean is grown, except in Pennsylvania, where the pest has been officially documented in just two counties: Lancaster (2002) and York (2020).

Notwithstanding the ability of the nematode to reduce yields, infestations can occur without causing obvious symptoms, therefore going unnoticed for many years. Without proper management, SCN populations will continue to grow until they reach high levels and pose a greater challenge for management.

Nematode assays from soil samples are the only way to confirm the presence and population density of the nematode in your field.

Thanks to the support from The SCN Coalition and the Pennsylvania Soybean Board, the Penn State Extension agronomy team is offering free testing for farmers in Pennsylvania, and fall is a good time to test your fields.

Soil sampling for nematodes requires collecting 1-inch-diameter soil cores to a depth of 6-8 inches. When a soil probe is not available, a shovel or a hand trowel can be used.

There are different approaches to collecting soil samples. For example, large fields can be subdivided into 20-acre segments and samples collected in a zigzag pattern. Obtain at least 20 soil cores for areas of 20 acres or smaller.

Samples can also be collected from different management zones within the farm, like hillsides or areas along waterways. Sampling can target areas considered at high risk: field entryways, areas prone to flooding, low spots, fence lines, low-yielding spots, areas near buildings, and high pH areas. Avoid taking samples when the soil is saturated with water.

In the field, nematode populations are quite variable; therefore, take as many soil cores as possible, even in smaller areas or fields.

Collect the soil cores in a bucket and mix them together to create a composite sample. Place at least 2 pints of the composite sample in a soil testing bag or a sealed plastic bag plastic bag. Keep it protected from direct sunlight or heat, and store in a refrigerator until submission.

Before the samples are mailed, make sure they are labeled with your name, email/phone number, address, current crop, and number of acres of your field.

Send the samples to the following address:

Once the samples are received, the team will contact you to get information about the fields and previous crops. If you have questions about the free testing program or would like soil testing bags to be sent to you, contact Adriana Murillo-Williams (axm1119@psu.edu), Paul Esker (pde6@psu.edu) or Alyssa Collins (aac18@psu.edu), or send a text message to 814-360-5517.

Services are now available for farmers interested in participating in poultry surveys, getting livestock advices via a toll-free hotline, participating in a webinar on COVID-19 in the dairy industry and getting advice on year-end tax planning.