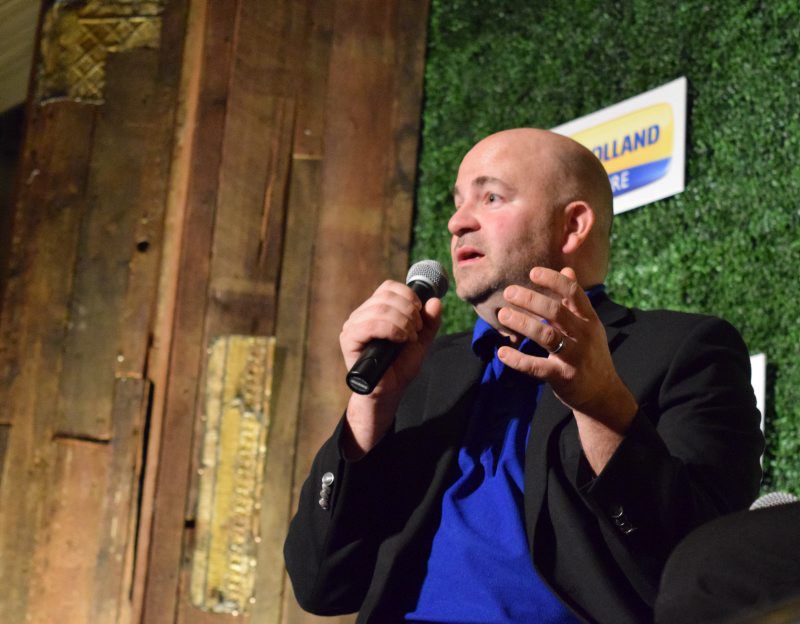 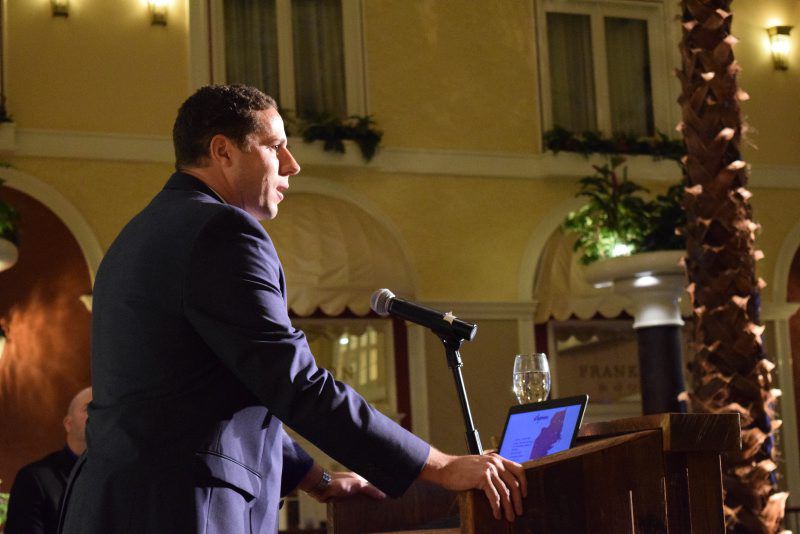 Jimmy Bellis, manager for the planned Wegmans store in Lancaster, Pennsylvania, speaks at the Chamber dinner. 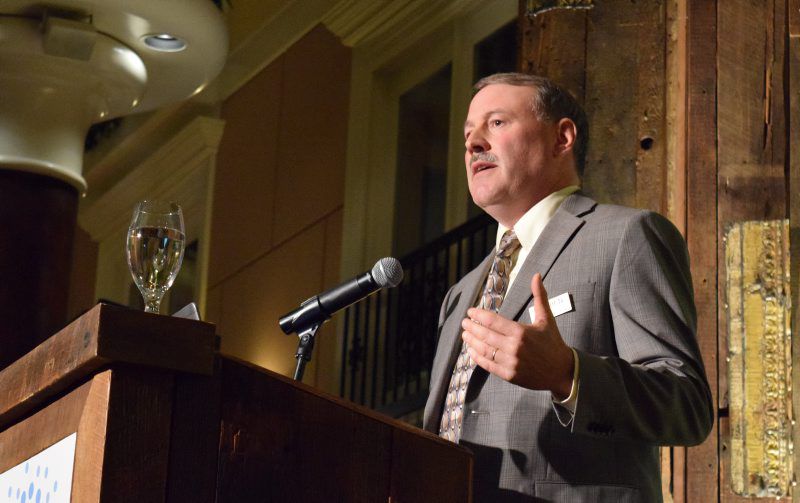 Jimmy Bellis, manager for the planned Wegmans store in Lancaster, Pennsylvania, speaks at the Chamber dinner.

WILLOW STREET, Pa. — Wegmans isn’t out to be just any supermarket.

From its spotlight on local farmers to its in-store pubs to its experimental farm, the chain has made its name as an upscale grocer, a place that offers a little something you won’t find at other stores.

“Shopping at Wegmans should be an experience,” said Bill Brauchle, who oversees the company’s organic partner farms in Pennsylvania and Massachusetts.

Brauchle and other company representatives described Wegmans’ role in connecting farmers and consumers at the Lancaster Chamber’s Agriculture Industry Banquet on Nov. 16 at the DoubleTree Resort by Hilton.

Wegmans, a family-owned company based in Rochester, New York, is opening its first store in Lancaster in the third quarter of next year, on Harrisburg Pike near Route 30.

The nearest Wegmans are in Mechanicsburg and Downingtown. The company has 16 stores in Pennsylvania and 96 overall.

To stock those stores, Wegmans is doubling down on local produce by shifting its produce purchasing to the East Coast.

Over the past 20 years, the company has bought most of its produce from California’s Salinas Valley. But with that region’s water and labor issues, “we have to have a better opportunity for us as an industry,” said Eben Kennedy, who oversees fresh vegetables at Wegmans.

Building up the supply of produce in the states where Wegmans has stores will reduce the miles the food must travel and could increase consumers’ connection with the product, Kennedy said.

In 2015, Wegmans bought 55 percent of its produce from the West Coast and 45 percent from the East Coast.

Wegmans has made progress toward that goal.

Fifteen years ago, the company bought all of its broccoli crowns from California. Now it gets 80 percent of them from the East Coast, Kennedy said.

In an effort to understand growing conditions in the Northeast, Wegman family members have started an organic farm in New York state.

“It’s not there to take business away from our partners. It’s there to help them, take some of their risk out of the work that they do, and allow us to trial certain things,” Kennedy said.

The farm only supports two stores, both in upstate New York.

In the stores, Wegmans labels products from farms that are transitioning to organic.

Transitioning takes three years, so farmers should be rewarded for their efforts, Kennedy said.

Wegmans has embraced not only organic produce but also genetically modified organisms.

“We believe that to feed the world, you need technology,” Kennedy said.

That technology could be GMOs — which includes most of the corn grown in the U.S. — or specialized equipment.

Wegmans has taken some of its partner growers to Europe to check out innovative farms and see if their growing methods will work in the Northeast.

The company has 230 conventional growers and 26 organic growers.

To grow for Wegmans, farmers must get harmonized good agricultural practices certification, have the ability to deliver, grow produce to the company’s specifications, and have a sufficient volume of product, Brauchle said.

The Lancaster Wegmans is still in the construction phase, but a lot is going on behind the scenes.

The store manager, Jimmy Bellis, has already been working in the county for eight months and recently started the hiring process.

“Lots of training and development goes in prior to any opening of a store,” he said.

“We have to have 20 acres, basically, to put up a store,” Kennedy said.

While that setup works in most areas, Wegmans has had to make changes for its urban stores.

In places like Brooklyn, space is at a premium, and customers go out to eat a lot.

Like those trendy city locations, Lancaster is an appealing place for a Wegmans because the region’s population is growing, Kennedy said.

Adams is retiring at the end of this year after a long career at The Wenger Group. The company offers feed, feed ingredients, wholesale egg marketing, pullet growing and flock services.

Adams’ most recent titles are vice chairman of the board and acting chief operating officer.

Adams said he was proud of helping Wenger grow its business and always interested in educating the public about production agriculture’s role in feeding the world.

“Outside of work, my main goal was to make sure that agriculture’s voice was heard, both locally and across the nation,” he said.

A Reading native, Adams trained as a veterinary technician in the Army in the 1970s. He holds bachelor’s and master’s degrees from Penn State University.

Ancestors acquired the Martins’ Conestoga Township farm in 1872 and 1883.

Over the years, family members have sold poultry, potatoes, baked and canned goods, and even wild dandelion at Lancaster County farmers markets.

Corn, hay, soybeans and Angus cattle are produced on the property today. The farm was preserved in 2015.

Rutland Area Food Co-op has “hyper-localized” efforts to secure fresh fruit, vegetables and meat during the COVID-19 pandemic, giving central Vermont farmers something to be truly grateful for this holiday season. Read more

Pennsylvania Gov. Tom Wolf has vetoed a bill that would have protected agritourism businesses from lawsuits in which no party is at fault for injuries or damages. Read more

The Delmarva Poultry Industry Inc. has been changed its name to Delmarva Chicken Association and the logo has been replaced with a new blue and yellow logo surrounding a broiler chicken. Read more

The message in a hemp update roundtable delivered at a University of Maryland Eastern Shore Conference was that hemp growers need to navigate a maze of legal and production challenges if they hope to be successful. Read more