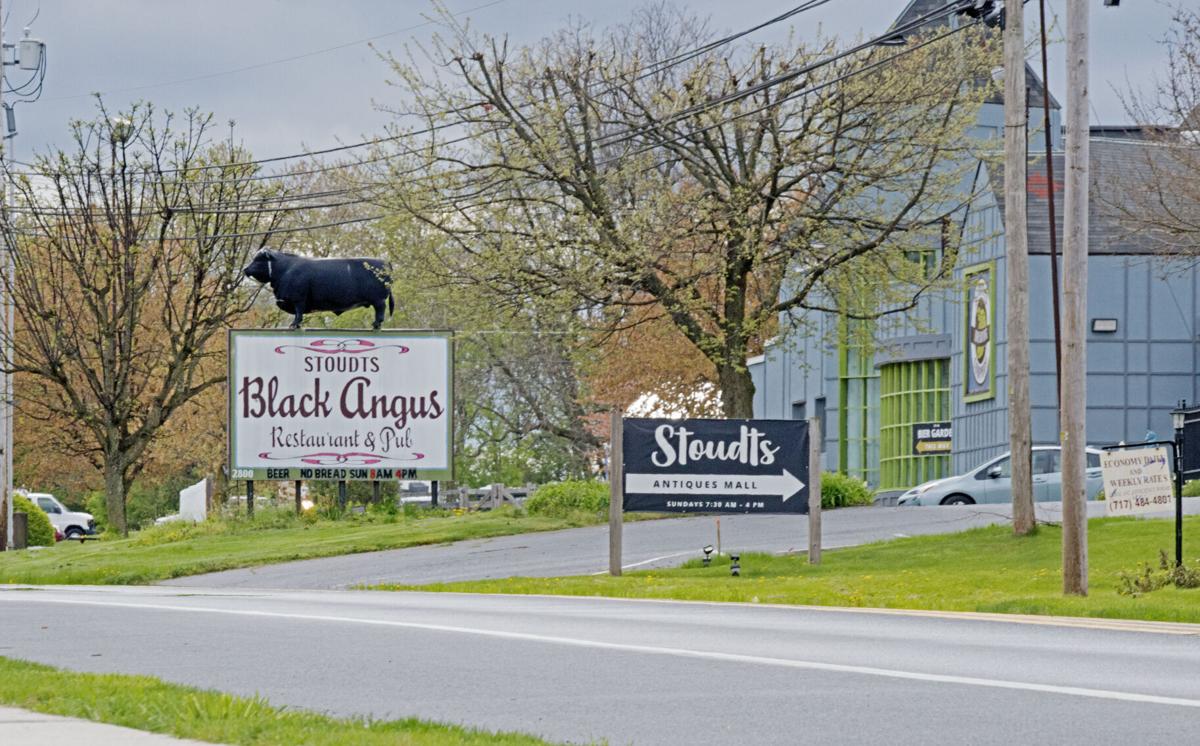 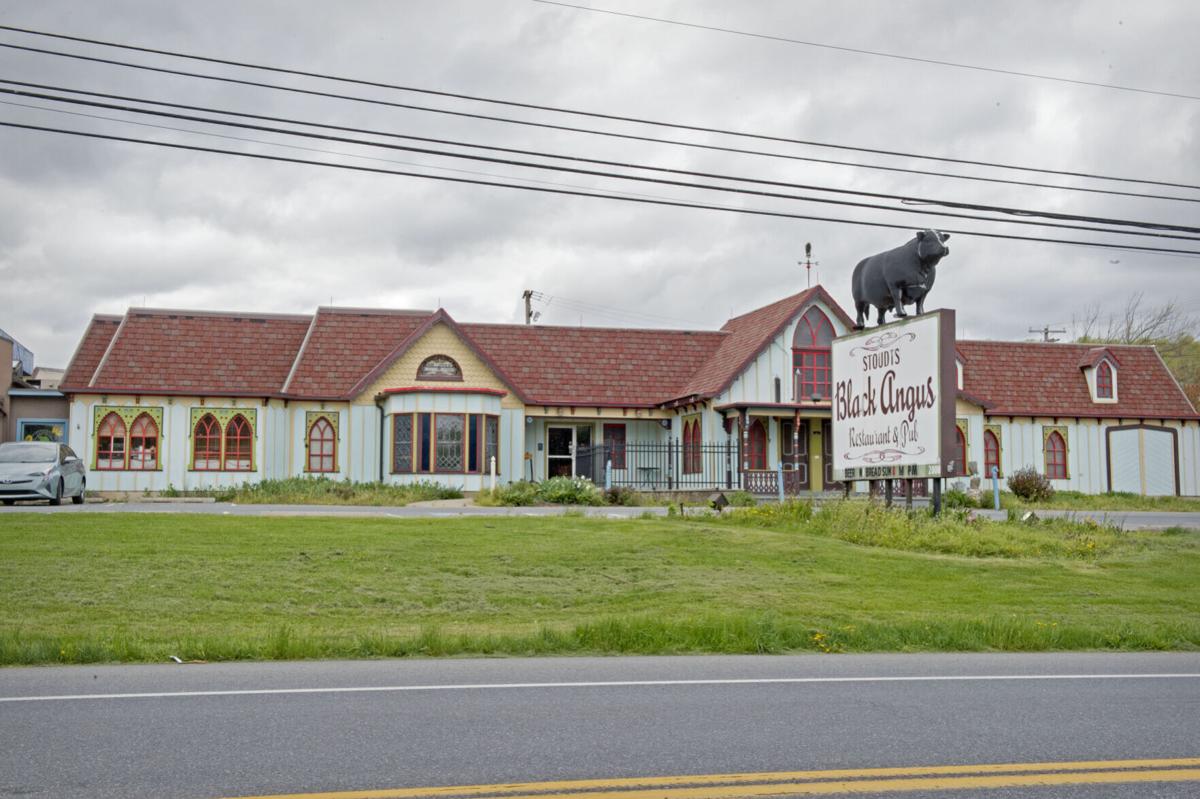 This is the building that housed Stout's Black Angus Restaurant & Pub at 2800 N. Reading Rd. in Adamstown Wednesday April 22, 2021. 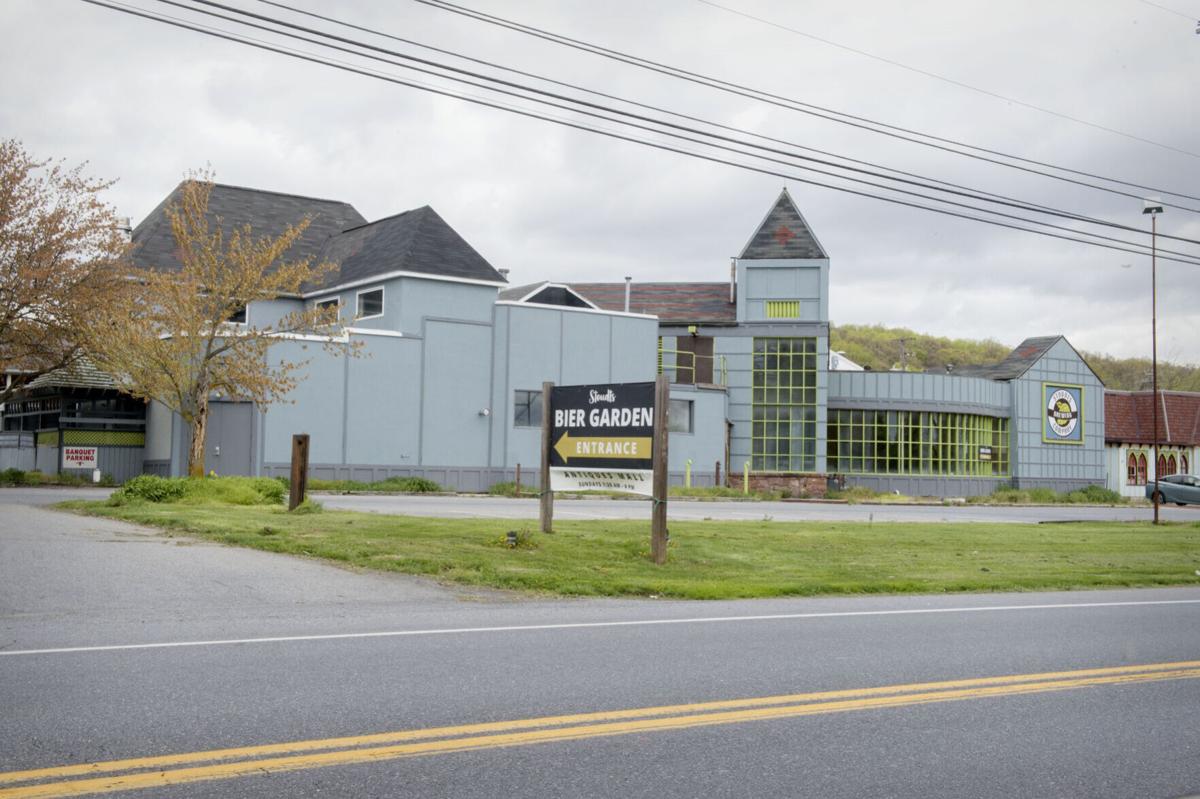 This is the building that housed Stout's Black Angus Restaurant & Pub at 2800 N. Reading Rd. in Adamstown Wednesday April 22, 2021.

Someone new is set to take over the businesses that made Adamstown famous for craft beer and antiques.

Three owners of Dentech Industrial in Reamstown are under contract with the Stoudt family to buy the complex that includes Stoudts Black Angus Antiques Mall, Black Angus Restaurant, Stoudts Bakery and Stoudts Brewing, according to an announcement distributed April 18 to the mall’s antique dealers.

The Sunday antiques mall will remain open while the biergarten attached to the now-closed restaurant will be open every Sunday, beginning May 23. It will be operated by Columbia Kettle Works, which will serve its craft beer, according to the announcement.

“Along with a fresh perspective including marketing and additional investment in some of the surrounding areas to the mall, we are confident that we can continue what the Stoudt’s family started,” read the statement from prospective buyers Steve Rapp, Jon Fry and Marty Berndt. In addition to owning and operating industrial equipment supplier Dentech, the trio owns several commercial properties.

The prospective buyers declined to comment beyond what was sent to antiques dealers. Among the unknowns is the fate of Stoudts beer, or whether the sale includes Stoudts brewery license or the liquor license for the restaurant.

Some Stoudts beer is still offered for sale online, with pickup outside the restaurant, which has been closed for inside dining since March 2020. The restaurant equipment will be auctioned off May 11, along with equipment from the bakery, which closed April 2.

A representative of the family declined to comment beyond a message they gave to antiques dealers last week, which announced the planned ownership change and expressed confidence in the sale.

“The new buyers are local and have noted their respect and appreciation for the mall, and for the dedication of the dealers in maintaining a high-end experience. The new owners have expressed interest in attracting greater visibility to the mall and making other improvements on the property,” the dealer announcement said.

The sale would begin a new chapter for the businesses that Ed and Carol Stoudt built in Adamstown over the course of nearly 60 years.

Originally from Sinking Spring, Berks County, where he managed his dad’s restaurant, Ed Stoudt was 24 years old when moved to Adamstown in 1964 to open his own restaurant. Stoudt bought the property that would become Stoudts Black Angus Restaurant from a bank for $65,000. He lived in the basement and did most of the cooking upstairs as the steak house became more popular.

Early on, Stoudt also had a concession stand at Shupp’s Grove, the outdoor market just south of town. To give antiques dealers an option when it rained, Stoudt started renting out pavilion space on his property to dealers, and it eventually grew into Stoudts Black Angus Antiques Mall.

To help promote his antiques mall, Stoudt dubbed Adamstown “Antiques Capital, USA,” a moniker since used in marketing campaigns to help attract shoppers to the various antiques marketplaces around Adamstown, including Stoudts.

“It has been a privilege to own and operate Stoudts Black Angus Antique Mall for over 50 years,” the family’s dealer announcement said. “What Ed Stoudt launched as a small marketplace in the basement of his restaurant eventually grew to over 70,000 square feet and became a landmark in Adamstown with a reputation for quality that stands to this day.”

Ed and Carol Stoudt’s love of German culture and beer led to the creation in 1979 of a traditional biergarten next to the restaurant where they held festivals. After initially buying beer for those events, the Stoudts decided to make their own, opening their namesake brewery in 1987.

At the time it would have been illegal for Ed Stoudt to own both a brewery and a restaurant with a liquor license, so Carol Stoudt was put in charge of the brewery that made traditional German-style lagers and pilsners. Karl Strauss, a German beermaker who spent 44 years with the Pabst Brewing Co., was an early consultant at the brewery. Strauss helped solidify Stoudt’s commitment to making beer according to German purity laws, which say the only ingredients can be hops, barley, water and yeast.

Stoudts was helped by some early publicity that included glowing write-ups in the Philadelphia Inquirer and USA Today that focused on Carol’s status as one of the first female brewmasters since Prohibition. She embraced the publicity, becoming a spokeswoman for the burgeoning craft brewing industry even as she resisted some of the experimental beer styles popularized by new brewers.

In February 2020, Carol Stoudt announced her retirement as a beermaker as the brewery made clear it was looking for a buyer. At the time, Stoudts said increased competition from other craft brewers along with changing customer tastes had impacted demand for beers from Stoudts Brewing Company. The brewery equipment was sold at auction in July 2020 and removed from the facility in August 2020.

The other parts of the Stoudts enterprise were expected to continue operations as normal, although the restaurant shut down the next month because of the pandemic, while continuing to offer some takeout options.

Now, after more than a year of uncertainty and changes, the Stoudt family says it is confident about the future of their legacy businesses.

“We have worked hard to find a buyer that will not only maintain operations, but will also spark new life in the Antique Mall and elsewhere on the complex. We believe we have succeeded in this quest,” the family’s announcement said.

Carol Stoudt is not a fan of juicy or hazy India pale ales.

Our Town Adamstown: With history of hatmaking and reputation for antiques, small borough's renown exceeds its size

With fewer than 2,000 residents, Adamstown is one of the smallest boroughs in Lancaster County.

New claims for unemployment benefits filed by Lancaster Countians remained elevated last week by fresh filings from people who already were unemployed but have exhausted their first round of benefits, new data shows.

The Lancaster County economic growth fund started by BB&T has bestowed another seven grants totaling $835,000, it was announced Thursday.

Two Lancaster County markets were rated among the best in the nation by readers of USA Today.