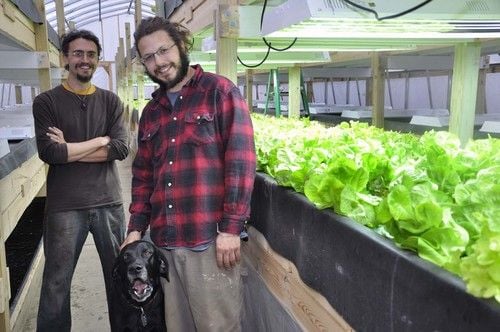 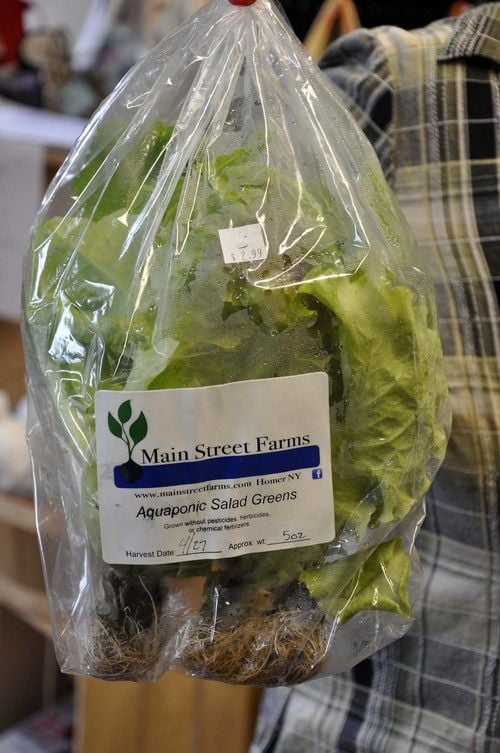 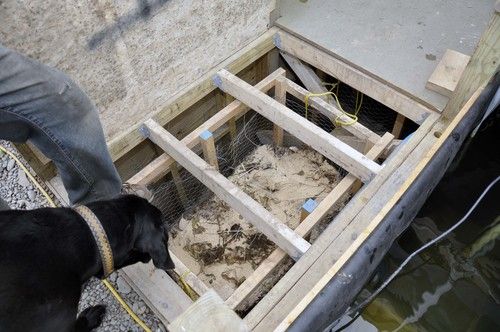 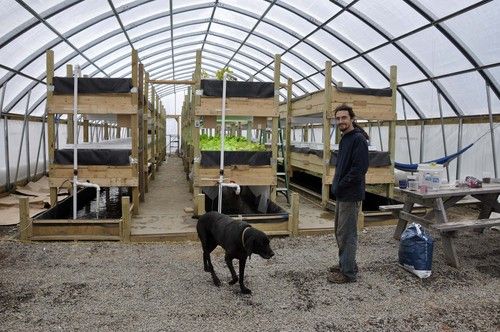 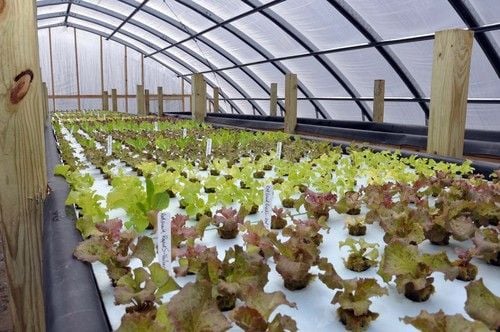 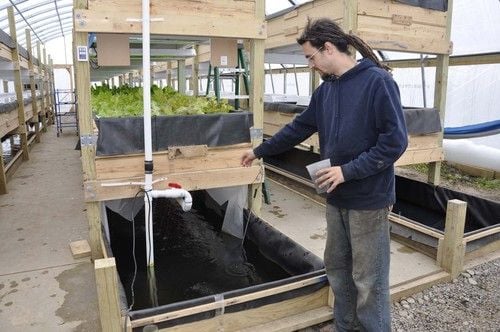 HOMER, N.Y. — With a layer of fresh snow still on the ground, it feels downright balmy inside the greenhouse of Main Street Farms where owner Allan Gandelman and Farm Manager Bob Cat have been running their aquaponics operation for the past month.

Aquaponics — the combination of aquaculture and hydroponics — is a sustainable and relatively new way of farming. Although Gandelman has been growing his own food for personal use for the last 10 years, it was his introduction to school cafeteria food as a teacher at a local school that inspired him to make a difference.

“I was a social studies teacher and I found the school food program to be really upsetting. Working on that allowed me to start growing indoors and that led me to aquaponics,” he said.

Gandelman spent the next couple of years traveling around the country touring different farms, and reading as much material as possible online and through research papers on fish farming and hydroponics.

“A lot of it I just learned by doing it on smaller-scale systems because there aren’t many people who know how to do it. The people who are doing aquaponics commercially don’t really share a consensus on the best way to do it, so it’s really in its baby stages in developing the right systems. If you were to build just a hydroponics system there’s a proper way to do it where everyone would agree that it’s the right way, but when you’re doing aquaponics that doesn’t really exist yet,” said Gandelman.

Additionally, Gandelman stressed that he isn’t a huge fan of just the hydroponic system because it requires a significant amount of synthetic fertilizers and he doesn’t support that.

Main Street Farms is not certified organic because there is no such certification for hydroponics or fish. However, Gandelman points out that although they aren’t certified organic, they don’t use any kind of chemicals.

“We couldn’t even if we wanted to because it would just hurt the fish,” he said.

Main Street Farms has been in operation for only one month and is running one-third of its equipment. Each tank holds approximately 3,000 tilapia that form a symbiotic relationship with the plants above. The water is cycled through a closed system where the fish waste is used by the plants for nutrients and the plants act as a natural filter to return clean water to the fish.

“The main input is fish food and that’s the most unsustainable part of the system. We’re working with a graduate student from SUNY College of Environmental Science and Forestry who received a grant to develop fish food out of cafeteria scraps for tilapia. We plan on setting up equipment here on site to make the food,” said Gandelman.

Gandelman is also experimenting with creating a sustainable source of heat by building a storage area under the walkways that holds compost.

“All the floorboards lift up and we fill it with compost. I’m sure it will work somewhat but we don’t know how effective it will be yet. But just using the space for compost is good or for worm bins,” he said.

In terms of obstacles, Gandelman points out that although he is constantly busy with a to-do list, everything seems to be running smoothly. He does have some concern over using the city’s water because of mineral deposits and such.

“Even though we got it tested and viewed the village water reports, there has been some concern from the beginning about using city water,” he said. “I don’t know how that will effect everything in the long run. We can filter it, but that’s a big extra step and costs a good amount of money, and if we don’t have to do it we won’t. There is a lot of stuff really that’s like that, but we are set up that we can change. But I’d like to keep it as low-tech as possible so I can fix everything myself.”

Currently, Main Street Farms grows 15 varieties of lettuce, including red leaf, romaine, butterhead, bok choy and basil, and they hope to add in kale, Swiss chard and additional herbs in the future. The products are sold at local grocery stores and restaurants, and Gandelman hopes to market directly off the farm in the near future. In addition to fresh produce, the tilapia will also be ready for harvest in about six months.

“We will probably end up selling retail off the farm and sell the fish and lettuce directly to the public. A lot of people say they don’t know how to clean a fish, so we’ll probably hold classes on the weekend on how to fillet a tilapia. Some people are really into learning it because they want that extra step of knowing their food,” said Gandelman.

Although Gandelman points out that they have a little bit of room for growth, he prefers to keep things small and personal and his response from the local community has been very positive.

“We’re in the village of Homer and we’re on an acre of land. The whole point of the farm is kind of a model — that’s why it’s called Main Street Farms — it’s a model that every little town or main street or suburban farm can do and all that food can be sold locally,” he said. “If we grew too much food it would be too much food to sell locally, so we’re trying to find that balance. I like the idea of being open to the public and being part of the community and being small; it just has more of a personal feeling. We run our entire operation with just the two of us, so if someone does come by you’ll be talking to either me or Bob.”