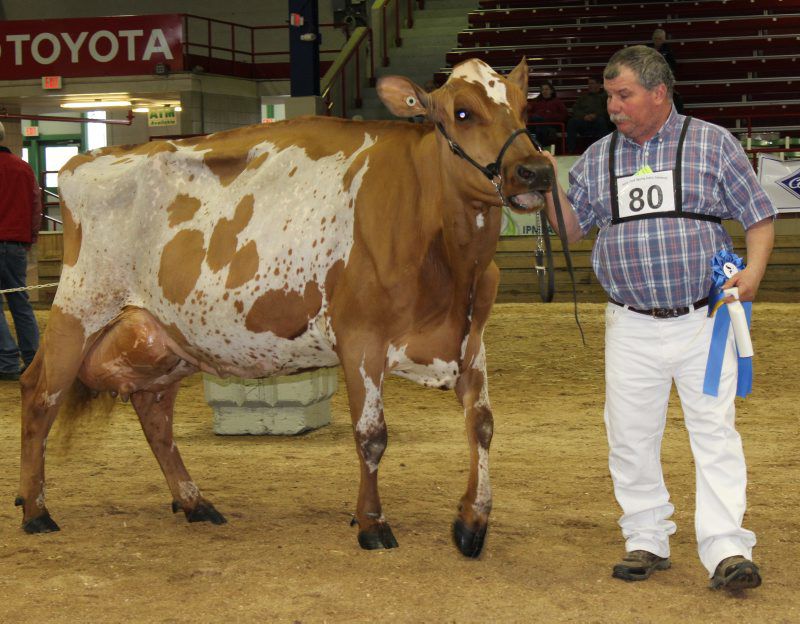 A blue ribbon was awarded to Dale Bendig at the Spring Dairy Carousel. 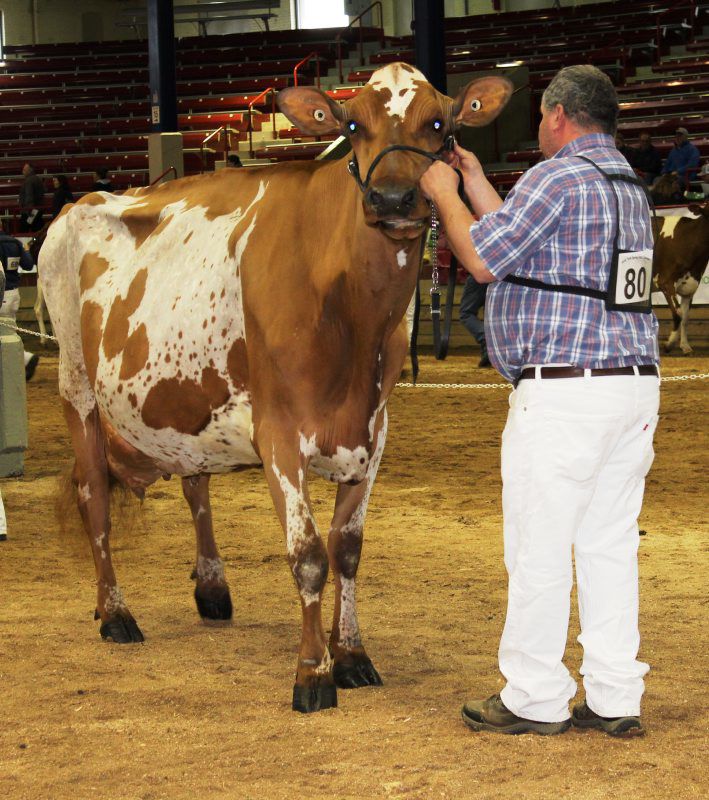 Dale Bendig positions his cow in the ring at the Spring Dairy Carousel. 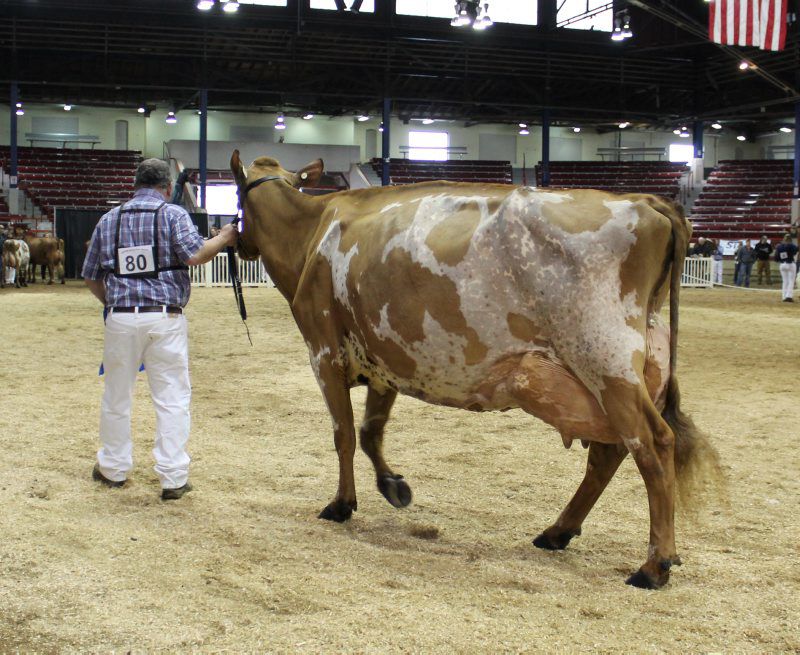 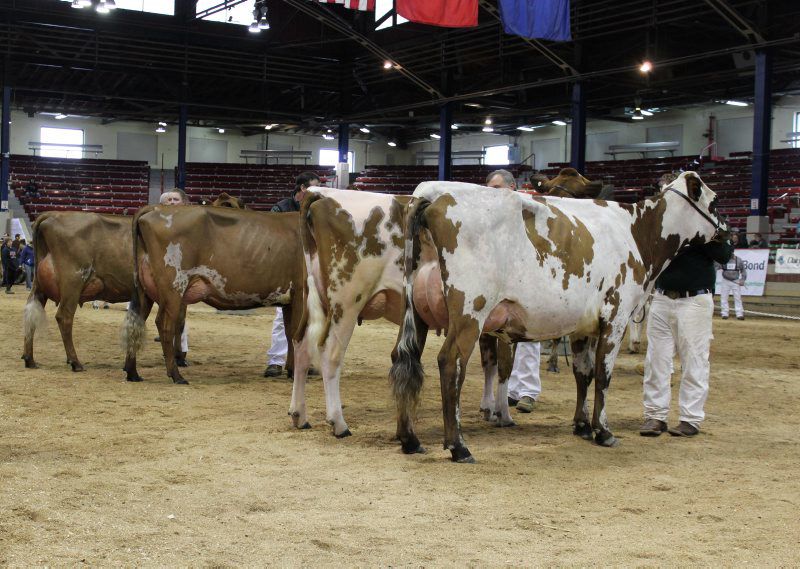 Exhibitors wait for the judge's decision in the show ring at the Spring Dairy Carousel.

A blue ribbon was awarded to Dale Bendig at the Spring Dairy Carousel.

Dale Bendig positions his cow in the ring at the Spring Dairy Carousel.

Exhibitors wait for the judge's decision in the show ring at the Spring Dairy Carousel.

SYRACUSE, N.Y. — Dale Bendig may not have the largest farm of those attending events like the New York Spring Dairy Carousel; however, he’s both frequently showing and bringing home ribbons from these exhibitions. The Carousel, hosted annually by the New York Holstein Association at the State Fairgrounds, attracts exhibitors from numerous states from the Midwest to the East Coast.

Bendig said that he shows to help promote his cow breeding operation in Gettysburg, Pennsylvania.

“I need to reach the market,” Bendig said. “We try to market offspring from the cows.”

Winning so many ribbons and banners isn’t easy — nor is it something to attempt last minute.

“To be successful in the show ring, it’s an all-year deal,” Bendig said. “You can’t take them right out of the barn and show them the same day.”

He spends countless hours handling and walking with the cows to ensure they’ll exhibit well, in addition to the special treatment they receive right before the show.

Since he presents at dairy cattle shows in several states, it takes a fair amount of planning.

“You have to plan when the cattle will calve to get them on the program,” Bendig said. “It’s a lot of work.”

He said that he breeds cattle looking for certain traits, including good udders, strength and “dairyness” — a phrase often used by judges at the Carousel, who included Nathan Thomas of North Lewisburg, Ohio; Chad Ryan of Fond du Lac, Wisconsin; and Pat Conroy of Angola, Indiana.

Bendig boards about 40 head of cows and heifers, as well as caring for his own herd of 100 cows, calves and heifers. About 20 are milking. He raises his own calves and tries to “breed something someone would like to buy,” he said.

He milks in a flat barn with cows housed in both free stall and loose housing. In March, his somatic cell count was 120,000 and production was 26,000 pounds. Bendig ships milk to Rutter’s Dairy in York, Pennsylvania.

He also raises 30 acres of grass hay and 70 acres of sorghum silage, in addition to maintaining 15 acres of pasture. He owns 80 acres; the rest is rented. He purchases most of his feed and relies upon the advice of his nutritionist, Rick Lawrence of New Windsor, Maryland. The herd enjoys pasture in season.

Bendig has no off-farm employment and hires no employees. He and his wife, Deanna, handle the entire operation themselves.

In light of the low prices producers have been receiving for milk, “we’re just trying to make due as we can,” Bendig said.

He has no plans for expanding the farm or upgrading anything for the future.

“Doing only one thing won’t pay the bills,” he said, “especially if all you’re doing is milking.”

As a herdsman of a smaller farm, it has helped him to raise dairy cattle for sale and board others’ cattle to bring in more income.

“It’s tough trying to compete with the large herds because they get discounts on items they buy,” Bendig said.

Deborah Jeanne Sergeant is a freelance writer from central New York. Email her at deb@skilledquill.net.