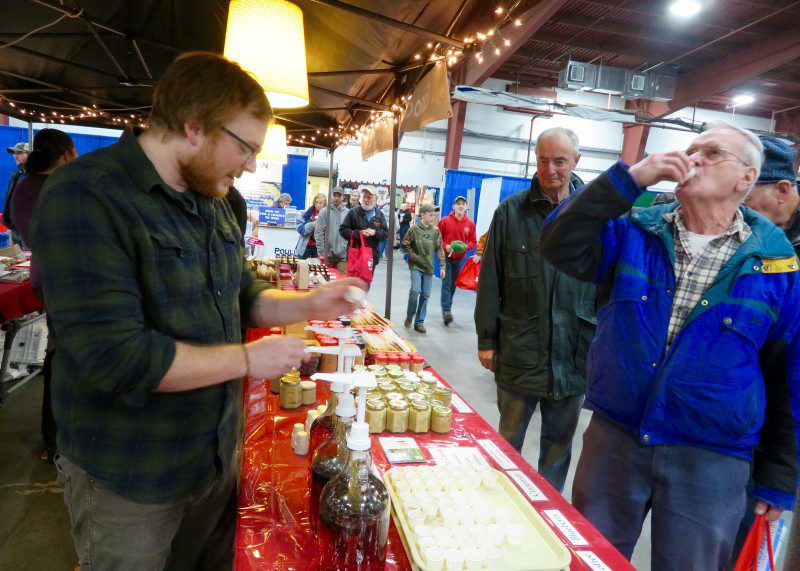 Samples of Vermont-made dairy and maple products are always popular — and tasty — at the Vermont Farm Show. 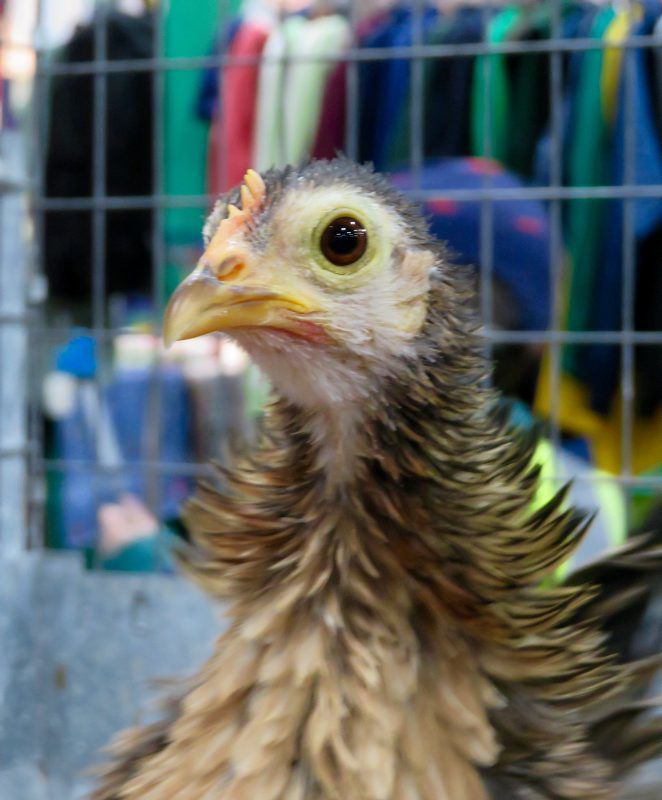 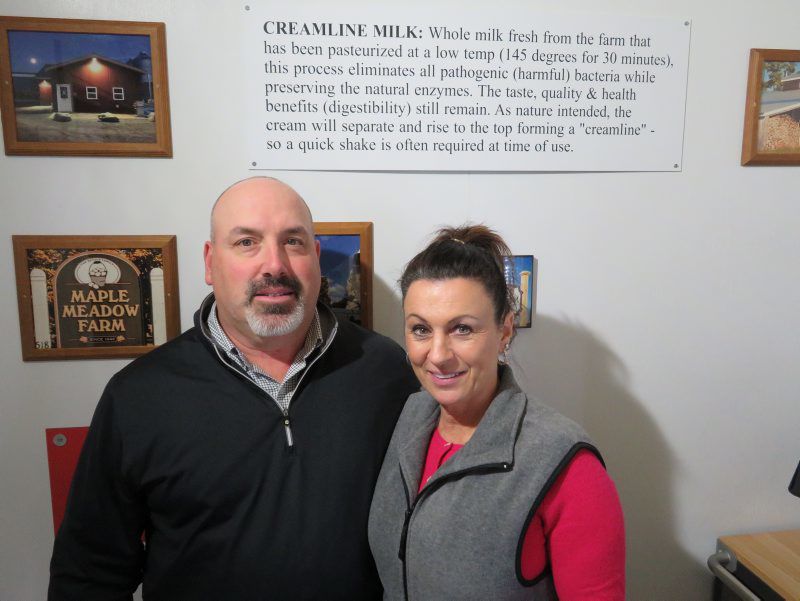 Paul Godin, left, and Bonnie Hayes, of the Lely robotic milkers dealership in Enosburg Falls, Vermont, stand inside an example of the Dairy Stop at The Vermont Farm Show.

Samples of Vermont-made dairy and maple products are always popular — and tasty — at the Vermont Farm Show.

Paul Godin, left, and Bonnie Hayes, of the Lely robotic milkers dealership in Enosburg Falls, Vermont, stand inside an example of the Dairy Stop at The Vermont Farm Show.

He is 56 now, but he still goes to the farm show annually with his mother Janice, brother Sean and Sean’s family.

They live in Vermont’s Northeast Kingdom. The farm show is in Essex Junction — more than an hour away.

“I still like to keep up on things that are going on,” said Sean Somers, who raises a small herd of Highland beef cattle in Lyndonville.

An average daily turnout of 13,000 people attended the three-day 2020 Vermont Farm Show, which was held Tuesday, Jan. 28, to Thursday, Jan. 30, at the Champlain Valley Exposition.

The show had about 120 vendors this year, which was down from past years, according to Jackie Folsom, Vermont Farm Show manager.

“I believe the economy caught up with the farm show, and some of the one-person businesses couldn’t justify the cost of attending,” Folsom said.

The struggling dairy economy in Vermont was again part of widespread conversation at the farm show. The state lost 48 dairy farms last year, dropping the total number of dairies to about 680, according to Diane Bothfeld, director of administrative services and dairy policy for the Vermont Agency on Agriculture Food and Markets.

The greatest attrition was in smaller farms. Larger farms are getting larger.

Bothfeld presented her annual Update On Dairy Issues at the farm show on Jan. 30.

“Dire predictions are made at the start of every year that Vermont will lose 100 to 200 farms,” Bothfeld said. “These have not come true.”

Milk prices are projected to be $1.50 higher this year than last year — $19.60 versus $18.16 — according to Catherine de Ronde, senior economist for Agri-Mark, who gave a presentation on milk prices.

The decent recovery in 2019 in current stability in growth is good news for farmers, but farmers now have to use those increases to recoup their losses from the last several, dismal years.

“The cost of production differs farm by farm, and many are not covering costs even at these prices,” de Ronde said.

Also, she said, dairy typically follows a three-year price cycle — one year of high prices and two years of low.

“2020 historically doesn’t look like it will be a peak,” de Ronde said, “and we’ve had four years of low milk prices. So farm finances have been stretched thin. If we had been in our typical pattern, finances would be in better shape.”

Farmers have had to be nimble and flexible in recent years, and many have diversified to survive. Now, dairy-related businesses are following suit.

The Lely robotic milking systems dealership in Enosburg Falls is in the process of establishing a statewide program called “The Dairy Stop,” which will be a series of roadside farmstands that feature Vermont dairy products for sale.

Each 8 foot by 12 foot Dairy Stop will have a cooler full of Vermont-made milk, cheese, butter and more; it is self check-out — with security cameras in place — and each one will be open 24 hours, seven days a week.

Paul Godin, owner of the Lely business in Enosburg Falls, and his fiancee, Bonnie Hayes, hope to see 50 Dairy Stops throughout Vermont by the end of this year. Currently, they are building partnerships and sheds to bring The Dairy Stop to fruition.

“The highlight is going to be robotic-made milk, and how it’s humane and healthy,” Godin said at the Vermont Farm Show, where he and Hayes were busy explaining The Dairy Stop to curious farm show goers.

“It’s really a win-win for a lot of people,” Godin said of The Dairy Stop. “You can’t always be good farmers and good marketers.”