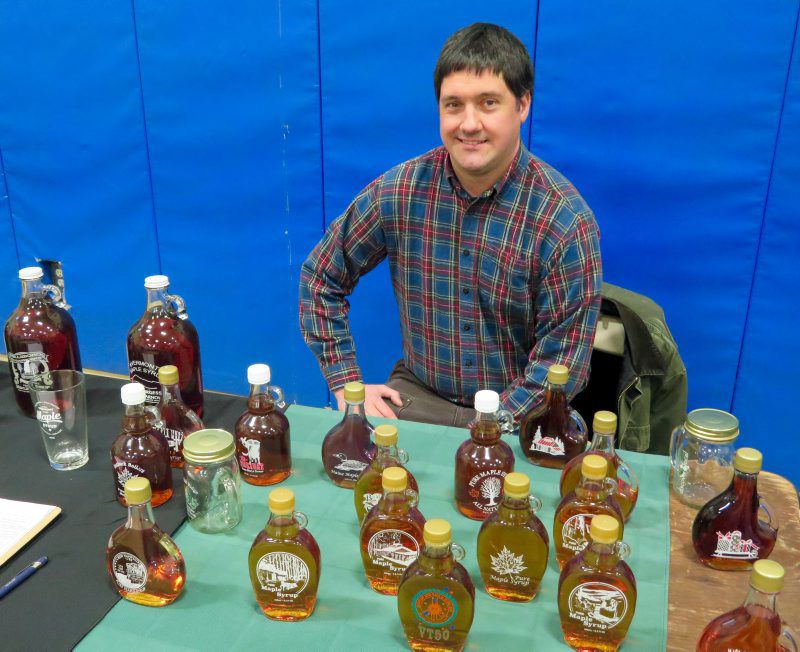 Bill LaPorte, a maple producer and artisan printer from Cambridge, Vermont, displays his work at the Vermont Maple Conference in Hyde Park. LaPorte was one of about 25 exhibitors at the conference. 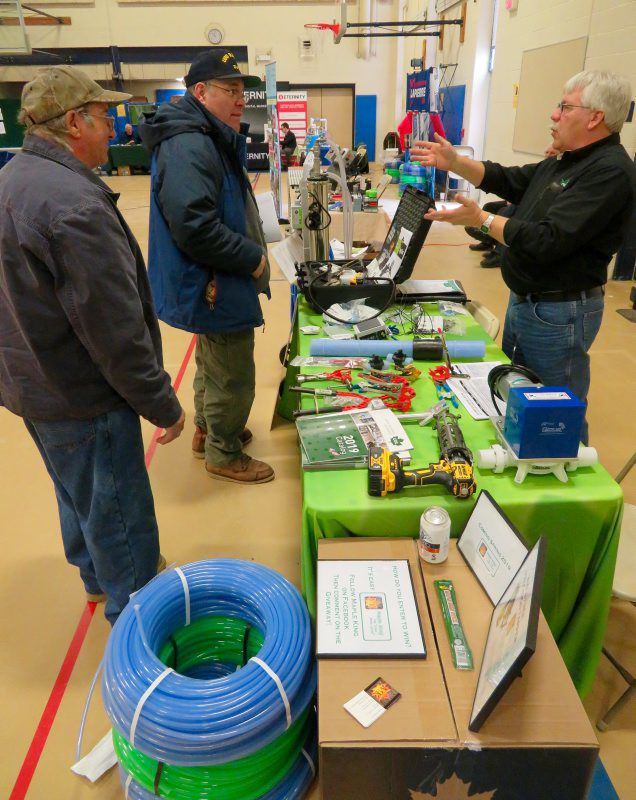 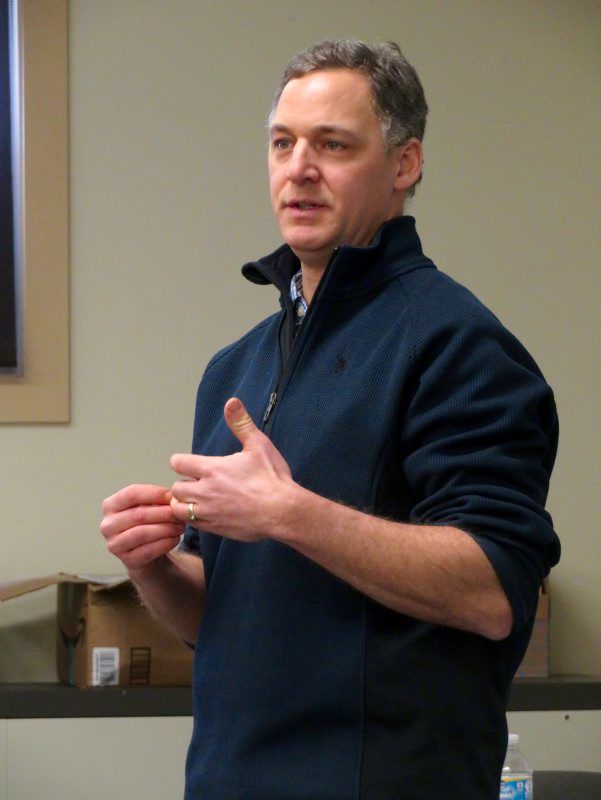 Bill LaPorte, a maple producer and artisan printer from Cambridge, Vermont, displays his work at the Vermont Maple Conference in Hyde Park. LaPorte was one of about 25 exhibitors at the conference.

The news was sweet, too, for those that attended: After some concerns in 2018 that a third straight bumper crop of syrup might cause bulk prices to plummet, it appears syrup prices will hold again this year.

“It sounds like the FPAQ (Federation of Quebec Maple Syrup Producers) will be keeping prices stable for the next year,” said Mark Isselhardt, University of Vermont Extension maple specialist, shortly after the Jan. 26 conference in Hyde Park. “So unless there is a completely short crop, I would say prices will remain about the same, assuming nothing drastic happens in the U.S.-Canada exchange rate.”

Americans still consume more Canadian syrup than domestic — about 56 percent is from north of the border, while 44 percent is from the U.S. Therefore, the FPAQ typically sets the standard for syrup prices in the U.S., and the exchange on the Canadian dollar puts pressure on the U.S. maple industry to stay in line with the FPAQ’s prices.

Syrup prices might stabilize this year — no one will really know until official prices are released in June — but all statistics show that the Vermont maple industry is still expanding.

In 2018, Vermont again led the nation by making nearly 2 million gallons of syrup, meaning the Green Mountain State makes about half the maple syrup produced in the U.S.

According to the USDA, Vermont maple syrup producers set 5.67 million maple taps in 2018, 5 percent more than during the 2017 season, and the largest number of taps since 1928.

Vermont also posted record-breaking seasons in 2016 and 2017, and that has generated strong syrup inventory.

Syrup production is high across the U.S., and there are more taps nationwide, Canella said. Yet “we do not yet make enough syrup to supply our own domestic demand.”

However, maple industry insiders have warned that a dip in bulk prices due to oversupply could have a detrimental impact on sugar makers, especially in Vermont, where bulk sales account for more than 80 percent of the state’s syrup market. The remainder is in wholesale and retail, with the latter accounting for significantly less than 20 percent of the market.

That is why Canella and other agricultural officials at UVM Extension, and at other Vermont agencies, are working with Vermont maple producers to diversify more into the retail sector, such as through online sales of packaged syrup or maple product development.

Keep in mind, though, running a maple syrup operation requires about 15 to 20 actual production days, on average, and 365 days of marketing, distribution and more — which is why website design and business planning were on the conference agendas this year.

Each year, the conference agenda is designed and developed to prepare producers for the season ahead and future trends. Other sessions at this year’s conferences included: “Sugaring Over the Decades,” “Spout & Tubing Sanitation” and “A Macro View of Maple in a Global Economy.”

The Hyde Park conference, geared for producers in the northern part of Vermont, attracted about 230 people this year. The conference in Brattleboro, held on Jan. 19, saw a spike of about 25 attendees this year, up to around 160.

“The evaluations have been very positive,” Isselhardt said. “People commented that the Maple Industry Panel Discussion in both Brattleboro and Hyde Park were excellent. People also commented that they appreciate research-based results that are presented in understandable ways. New presenters were enjoyed, as well as the speakers who are regulars at these events. From marketing and business management to sugarbush health, folks found something to learn. Many wished they could have attended more than just four classes.”

The Vermont Maple Conference began in 1949 under UVM Extension maple specialist Ray Foulds. Back then, they were called the “Vermont County Maple Schools,” because they were held in 12 of Vermont’s 14 counties.

By the year 2000, the meetings had whittled from 12 to about six; now, there are two. Addison County sugar makers also hold their own annual meeting.

There has been discussion about holding a single annual meeting somewhere in the central part of Vermont, but organizers are still ironing out details. UVM Extension presents the Vermont Maple Conference with the Vermont Sugarmakers Association.

“We learn something here every year,” said Stephen Fleury, a maple producer from Berkshire. Stephen and his wife, Betsy, have annually attended the Vermont Maple Conference in Hyde Park since they stopped milking cows and started making maple syrup full time about eight years ago.

“I’m enjoying life a lot more now,” Stephen Fleury said. “I liked dairy and working in the fields, but the economics of the industry just wouldn’t allow us to do it anymore.”

The Fleurys have a modest sugaring operation, with 3,100 taps. They work alone every season in a sugarhouse sans electricity, with a wood-fired boiler. When their 20 cords of wood disappears each year, they sell the rest of their sap — about 50 percent of what they collect.

The Fleurys attend the conference to absorb information, so that they can apply it to their growing business.

“The major reason I like to come here is to hear the experts talk about the status of the industry,” Besty Fleury said. “There are always interesting seminars. The worst part is having to choose what to go to.”

Leon Thompson is a freelance writer in Vermont. He can be reached at wunwish@yahoo.com.