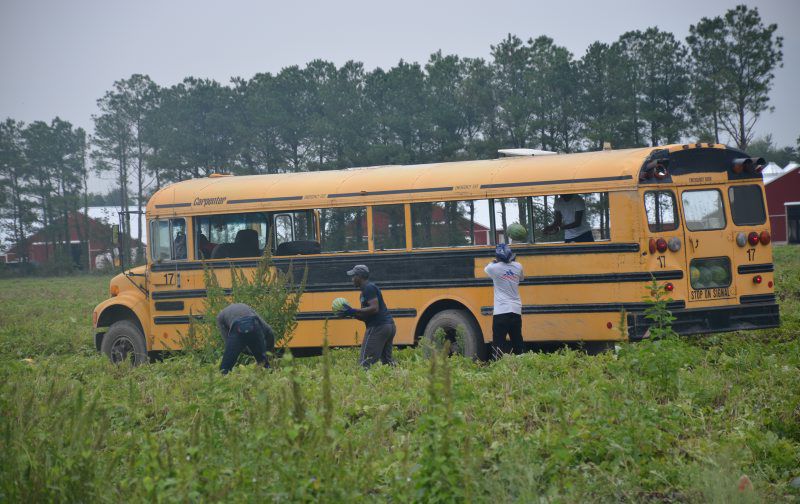 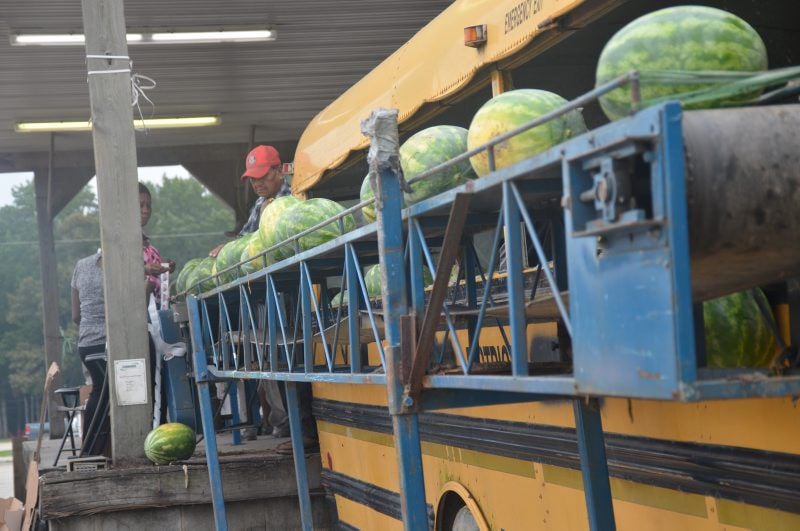 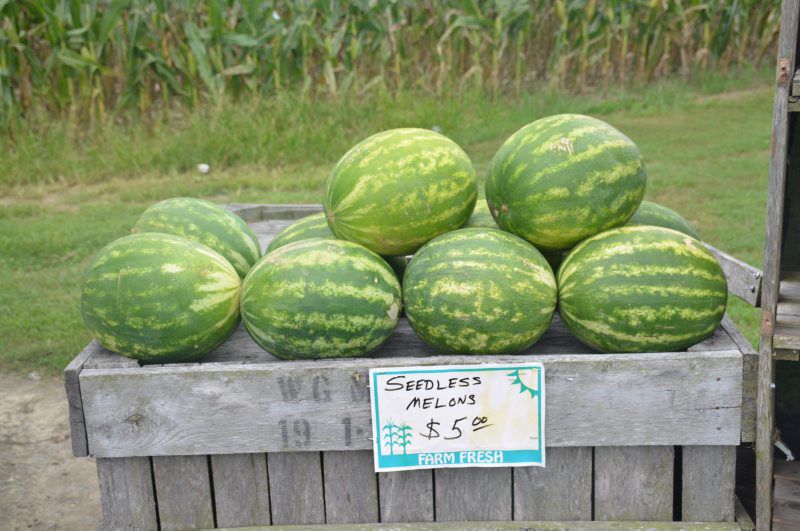 LAUREL, Del. — A drive through rural southern Delaware reveals an interesting array of farm vehicles, on and off the highway.

Prominent among them are old, partially decapitated yellow school buses loaded with watermelons, which are a common sight these days because August is peak melon harvesting season in the region.

The melons, mostly picked by contract crews from Florida, are transported by bus to distribution centers like the M.G. Ford Inc. center in Laurel, where watermelons are also sold at a daily farmers auction. There, crews use a conveyor system to move watermelons from bus to sorting stations.

The melons are sorted by size and variety, then loaded into cardboard shipping containers.

Once the containers are placed on pallets, forklifts are used to load them into tractor-trailers.

On a typical busy day, as many as a dozen converted “watermelon buses” await unloading.

An equal number of tractor-trailers are queued up, waiting to be loaded.

Delaware watermelons are distributed throughout the East Coast.

“Those melons are pretty tasty this time of year,” said Kevin Reading, chef and owner of Abbott’s Grill restaurants in Laurel and Milford, Delaware.

August is indeed the peak of the harvesting season for watermelons, a crop that generates an estimated $12 million for the local economy.

Watermelon growers are at the mercy of the weather. Last year, the melon crop suffered because of early rains. This year, the weather at planting time, traditionally May and June, was ideal and, so far, the crop has been robust. Harvesting usually begins in late July or early August.

But farmers are now battling rainy conditions in August, which makes harvesting difficult, or even impossible, even though the melons are close to ideal in size and color.

“The crop is very good but this rain has been trying,” said Ellen Magee of Magee Farms in Selbyville.

Magee sells a significant percentage of its watermelon crop to local restaurants and at farm stands, where many of its customers are visitors to Delaware beaches.

The melon crop is grown on an estimated 2,500 acres, predominantly in the southern part of the state. That number is down from 2,800 acres in 2013.

Though a number of watermelon varieties are grown, Magee said the seedless melons are favored by consumers.

“Nobody likes seeds,” she said.

Magee said they stagger their planting schedule through May and June so the melons are not all ripe at the same time.

Harvesting begins at the end of July, “and I am sure we will be going until mid-September,” she said.

Though farmers have grown watermelons for years, it was not that long ago that enterprising growers discovered the discarded school bus. With seats removed, farmers also cut out windows and used a torch to remove a portion of the top so the vehicles could hold a lot of watermelons.

Some even added carpet to the floors to minimize the risk of bruising the melons.

Many of the recycled buses are equipped with reliable diesel engines.

Farmers say the average cost of a used school bus is usually less than $2,500.

“And they are only on the road for a few miles at a time,” said grower Mark Collins.

Watermelon buses also have crept into areas other than farming. Laurel, Delaware, for example has an annual event that includes decorating a watermelon bus. The event pays homage to the fact that Laurel and the surrounding area produce a lot of watermelons.

“Watermelons are a pretty big deal around here,” said Reading, the restaurant owner.

Rae Tyson is a freelance writer in Delaware