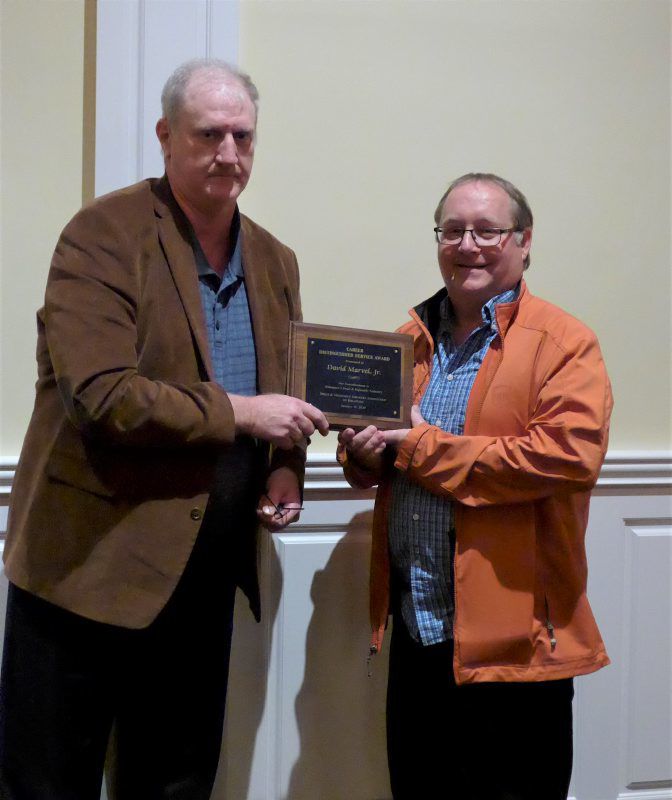 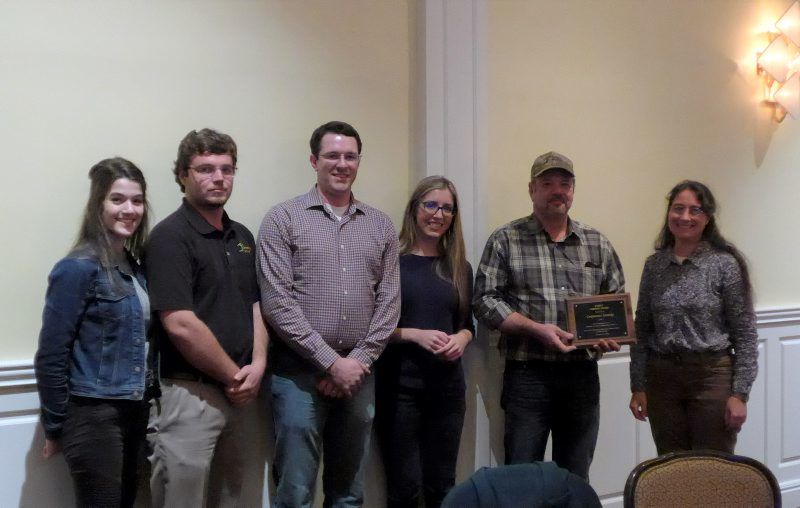 The Carpenter family was awarded the Family Service Award from the Delaware Fruit and Vegetable Growers Association.

The Carpenter family was awarded the Family Service Award from the Delaware Fruit and Vegetable Growers Association.

The annual luncheon and awards ceremony was held on Wednesday, Jan. 15, during Delaware Agriculture Week.

Both winners were surprised to be named and said they felt appreciated for their work and efforts.

Marvel, the president and former vice president of the association, farms part-time on his 1,000 acre family farm with his parents and has been very active in supporting and helping fruit and vegetable growers in Delaware. He has worked for food safety and farm-to-school programs.

Marvel said it’s nice that people recognize that part-time farmers can still contribute to agriculture. He believes that farming locally helps produce a steady food source and that farming helps produce a balanced economy while limiting demand for government services and preserving open land and improving the landscape.

He believes, the future is bright for farming and endorses educating consumers about their food sources.

His suggestion to other farmers is to not be afraid to ask for help — no matter how difficult it may be. He also suggested farmers diversify, follow trends, seek out information and have a business plan.

He joked that winning a career award made him a little nervous because he’s still young.

“Maybe I’m at the end of my career,” he said with a laugh.

The Carpenter family farms over 5,000 acres near Harbeson and has traditionally grown peas and lima beans. They also begun growing sweet corn in 1997 and previously had a dairy operation. They also grow corn, wheat and soybeans.

The earliest contract for their farm dates to 1927.

James Lee Carpenter said it’s nice to be recognized for the accomplishments of the farm and for the fact that everyone in the family is involved.

Carpenter farms the land with his sister, along with his children and his sister’s children, and he is proud that it is a family farm where everyone helps, even when things are tough. On any given day, three generations of the family may be working.

“What we are most proud of is that it is still a working family farm,” he said.

When you get recognized by the fruit and vegetable growers for that, “then that’s special,” he said.

Carpenter said that there are now only a handful of canneries or food processors on Delmarva, far fewer than in past years. Most farmers no longer have their own machinery to pick peas or lima beans, which is also a change. The Carpenters still pick their own crops.

“We have seen a lot of changes,” he said.