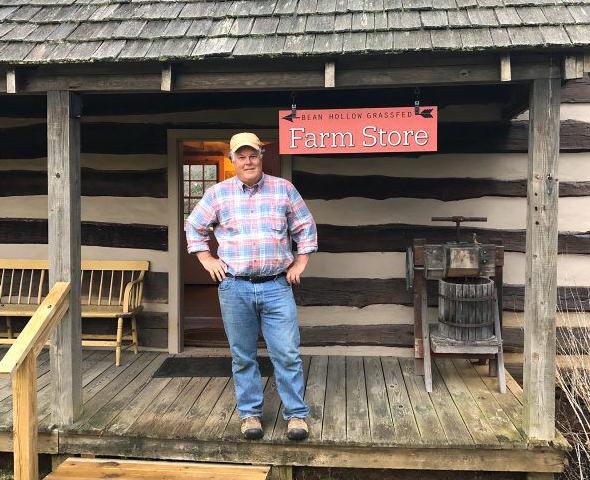 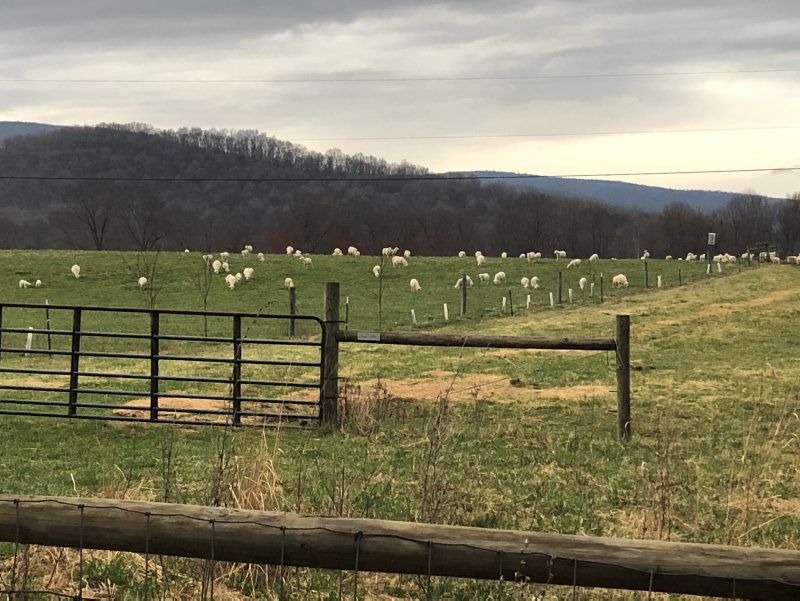 FLINT HILL, Va. — Mike Sands, who is in his fifth year of operating Bean Hollow Grassfed, is no newcomer to agriculture.

Sands spent the first 10 years of his career working internationally in Kenya and Panama, then returned to the U.S. to start an international program with the Rodale Institute, in Kutztown, Pennsylvania, where he spent 10 years and worked his way to be the managing director of the research center and the institute, doing research on organic systems and what is now termed “soil health.”

“It was fun,” Sands said. “Because at the time, Bob Rodale and I were the only people talking about regenerative agriculture.”

Eventually, Sands got tired of just researching agriculture, saying that anytime an organic system proved to outperform conventional production it was overridden by land-use issues and rising land values. Sands transitioned to the private sector, where he worked for 20 years.

“I was 64,” he said. “I had been at my previous job for 20 years and it was time to go. My in-laws owned this farm and were about to leave for an assisted-living facility. My wife and I were here for a weekend — we hadn’t been here for quite a while — it was a perfect spring day, and (we) thought ‘this is unbelievable, what if we moved here?’”

At the time, Sands and his wife, Betsy, were both doing consulting work, her in philanthropic giving and him in grazing and soil health issues. Both intended to keep their consulting jobs and work remotely. But upon moving, Sands noticed the fields his in-laws were leasing to a local farmer were totally run down, and kept thinking, “I could do better.”

He decided he wanted to demonstrate what regeneration looked like through using livestock, and that’s how Bean Hollow Grassfed was born.

Sands let the pasture land sit idle while he fixed fences and established paddocks, and then purchased 100 ewes, expecting to receive them in November and breed them right away for spring lambing. But when the ewes arrived in November, he noticed four rams with them and soon realized they were already pregnant.

“We lambed in the barn that year,” he said, with the first lamb being born on Christmas day, adding that it was a disaster. From then on he committed to pasture lambing in spring, typically being done in April or May, though he successfully pushed it up a month this year.

“The learning curve has been essentially vertical,” Sands said.

The barn is now used only for storage or a temporary sick bay, while his animals remain constantly on pasture. He uses what he terms “adaptive grazing,” moving his herd every 12 hours to four days, depending on the size of the paddock, how quickly the grass is growing and working it around his schedule.

His herd includes cattle now as well, “because I like the complementarity of the grazing,” Sands said.

There is high stock intensity on a paddock, getting action from hooves, eating grass and receiving manure, but it is followed by a long rest period, ranging from 14 to 35 days. Grazing cattle and sheep together increases pasture productivity.

“The difference (between how cattle and sheep graze) is important in stimulating regrowth,” he said.

Sands has also added pigs to his operation.

“I’m not sure how I got into pigs. It seemed like a good idea at some point,” he said.

Though he considered grazing them with the other animals, the logistics were too complicated, so they forage in wood lots and he supplements with a non-GMO feed.

When starting Bean Hollow, Sands did baseline measurements of soil quality, water infiltration, biodiversity, pasture quality, and pollinator and bird diversity and habitat. In his five years of farming he has done subsequent measurements, which have shown improvements across the board.

“The goal here is to both have a profitable farming operation and to demonstrate and measure impacts of regenerative agriculture,” Sands said.

Sands is currently apprenticing Amanda Frye, who he hopes to turn the business over to in the next three years.