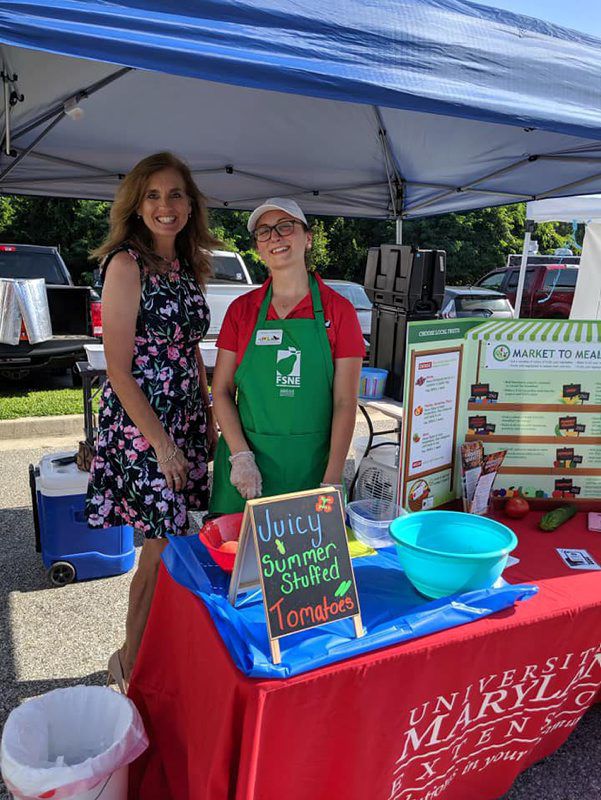 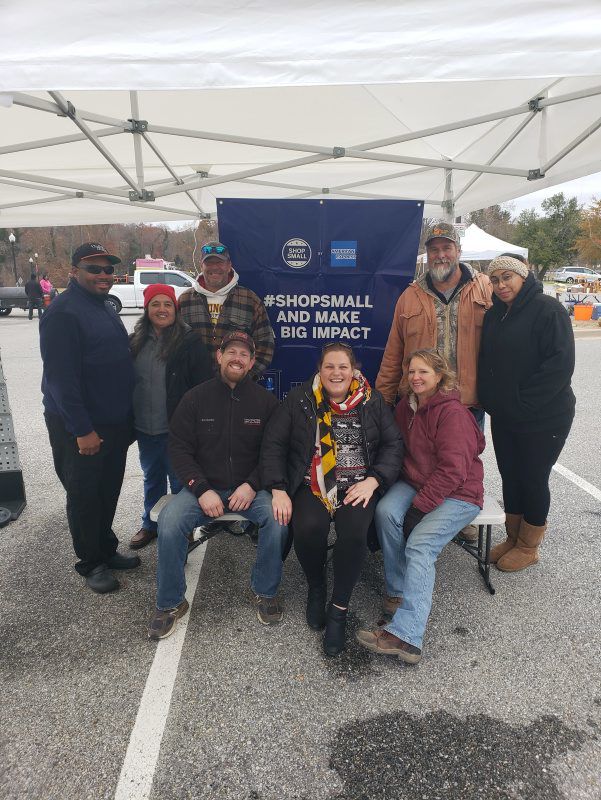 Small Business Saturday marked the end of the season for the La Plata Farmers Market in La Plata, Maryland. 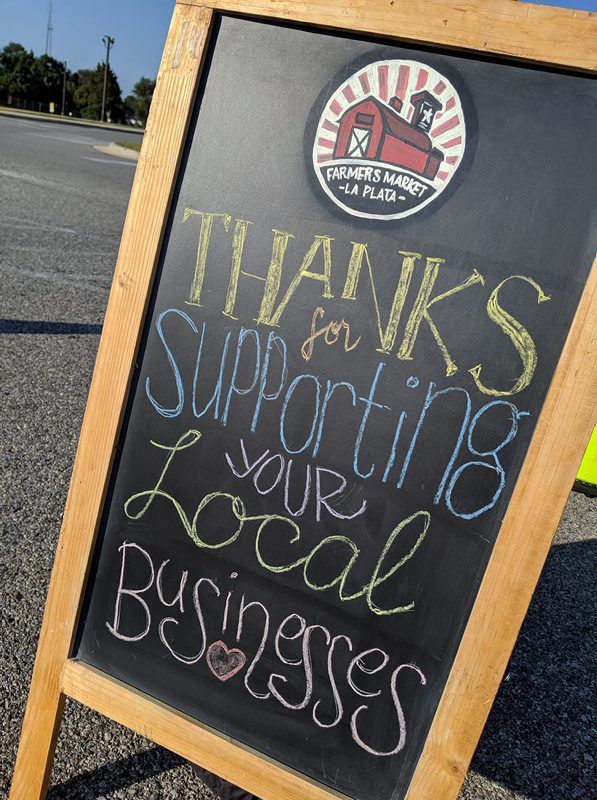 A chalkboard thanks the community for shopping local at the La Plata Farmers Market.

Small Business Saturday marked the end of the season for the La Plata Farmers Market in La Plata, Maryland.

A chalkboard thanks the community for shopping local at the La Plata Farmers Market.

In a short time, Kelly Phipps has become synonymous with the La Plata Farmers Market. The newest manager to take over the market, she has been successful in its mission. This is something that comes naturally to her, as she has been around and on missions most of her life.

Phipps grew up in a Naval family, following her father’s career around the globe. She then joined the Army, and when she married her Air Force husband, they added another military branch to the family tree.

Phipps ended up in Charles County, Maryland, when her husband took a position as a federal employee.

“Once we settled down, I did what I’ve always done — started building a new network,” Phipps said. “Through my son’s Scout troop, I made a friend who introduced me to a second friend, who later became the mayor of the town of La Plata. When the town needed a market manager, she thought of me.”

Phipps said the way she found the job is much like how the market itself works.

“The word-of-mouth recommendation of one customer to another person in the community is the most honest promotion tool out there, so we work hard every market day to cultivate a positive relationship with every customer,” she said.

Their website states that: “At the La Plata Farmers Market, you can find seasonal locally grown produce, fresh eggs, fresh homemade goods (such as jam and specialty food), home grown plants and flowers, books, and local artists’ creations, like jewelry, scarves and more.”

It has been Phipps’ reign as market manager, however, that has really brought the market into full bloom.

She has modernized the market’s promotion and customer outreach by effectively utilizing Facebook and Instagram, by having a presence on the Town of La Plata’s website, and by also appearing frequently in the town’s newsletter.

Phipps regularly connects with Charles County’s Economic Development and Tourism departments, and whenever possible, with other local businesses and community organizations.

She believes the most important marketing tool, though, is the one-on-one connection between vendor and customer — it’s what sets farmers markets apart from supermarkets and chain stores, she said.

When asked about the growth, feel and vision of the market, Phipps said that “the market is a large-scale group project, and everyone who has anything to do with the market has a slightly different idea of what the market should be. The town of La Plata is actively cultivating the small-town, hometown feeling people look for in a community while adapting to ever-evolving lifestyle trends, and the market is a reflection of that.”

Like all farmers markets, if growth management isn’t the market’s core challenge, it’s definitely the topic of greatest conversation.

Phipps describes some of the main considerations that go into making the market great. Do we have enough farmers, or of this or that product? Do we have too much of this or that product? Do we draw enough customers to invite another food truck? Do we need to change a process so we can attract more vendors or customers? Do we need to seek out a different location, and what would be the ramifications of that?

“Growth is also the measuring stick of our market’s success,” she said. “If there’s a single moment that might define success to me in the last year, it was when a vendor took the last seasonal stall, after the market had expanded into a space over twice the size it was when I started. To me, that told me that we had found a good balance of vendors, customers and management.”

Phipps said that while there are definitely things they could adopt from looking at the farmers markets in places like Annapolis and Baltimore, they need to balance those ideas with their local conditions.

The market has connected with partners around the state, and is a member of the Maryland Farmers Market Association and through that organization, the Farmers Market Coalition.

“I hope people come to see farmers markets as a part of everyday life, like communities did once upon a time and like our market regulars do now,” Phipps said. “Many visit the market as part of their weekend routine, coming to see what’s new on the stands or meet up with friends; no virtual space can provide the same experience. Social media opens windows to virtual communities; farmers markets open doors to actual communities.”