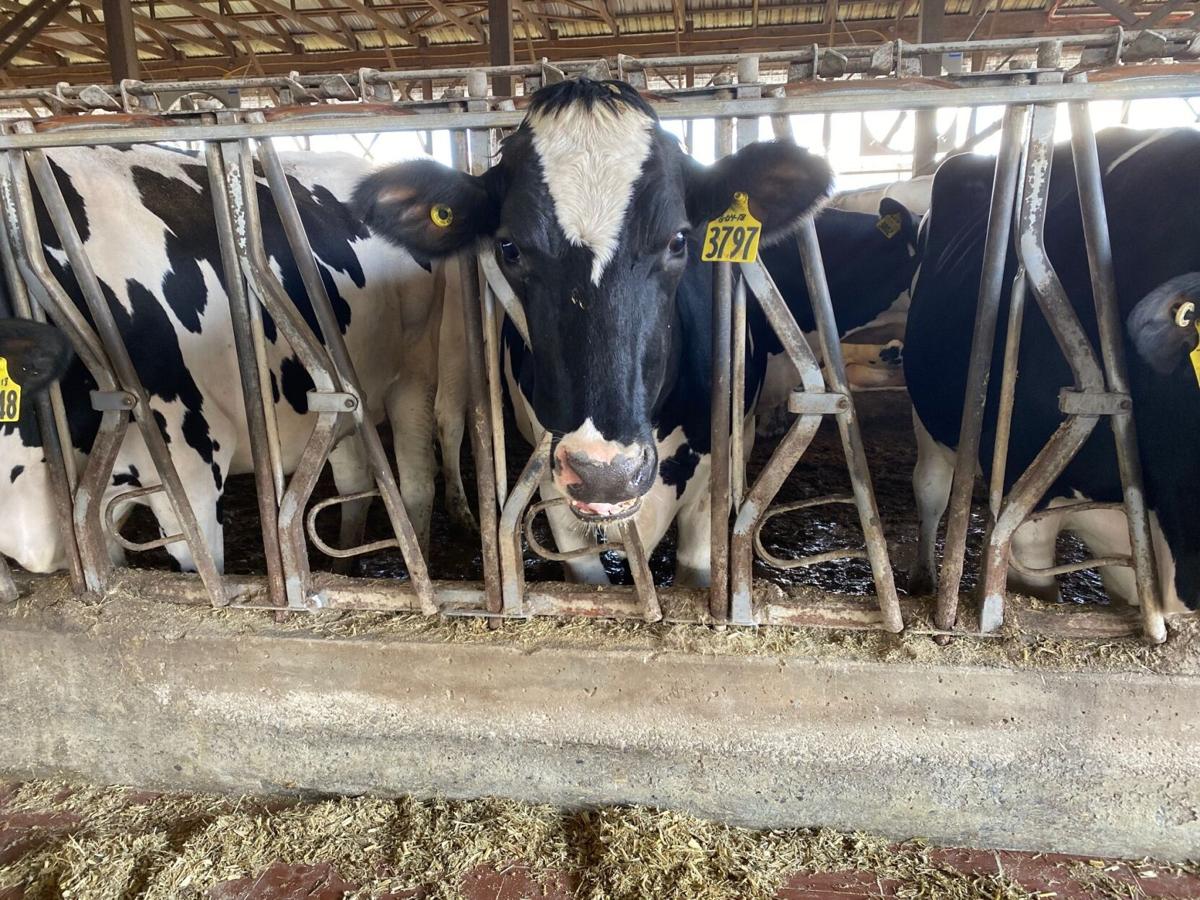 Holstein on the Reinford farm gazes at the camera. Her contribution to the farm extends further than milk production. 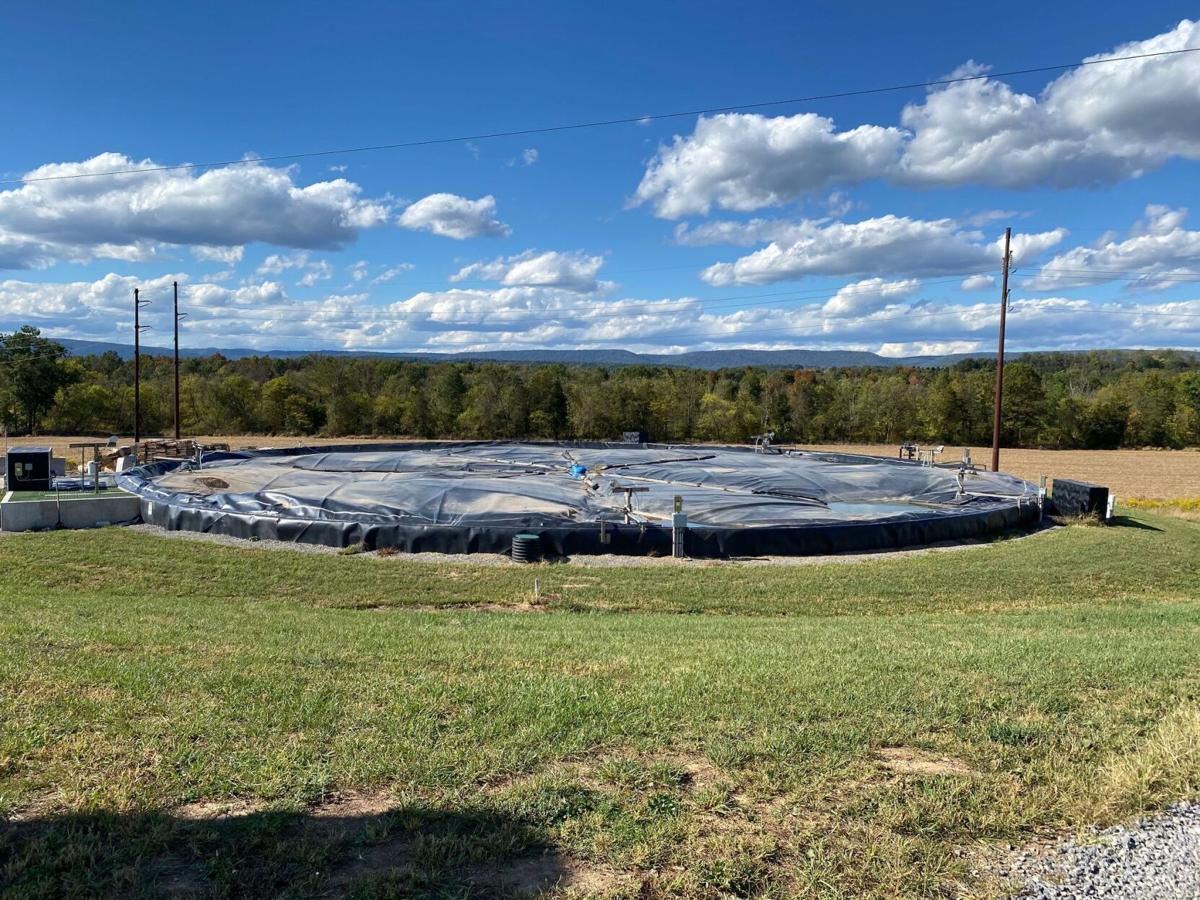 An outside look at one of the two in-ground digester at the Reinford farm in Miffintown, Pa. 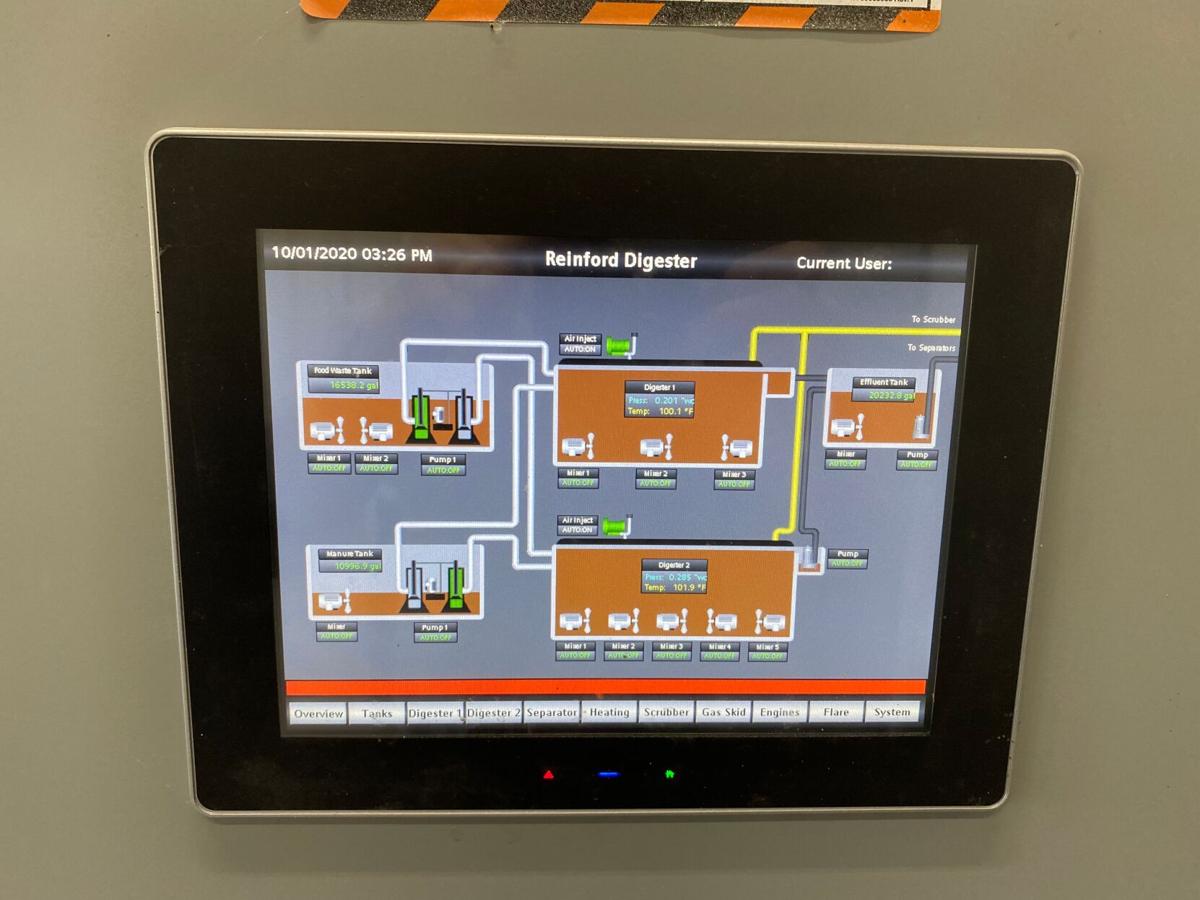 Here is a digital screen that gives a view of what is happening within the digester. 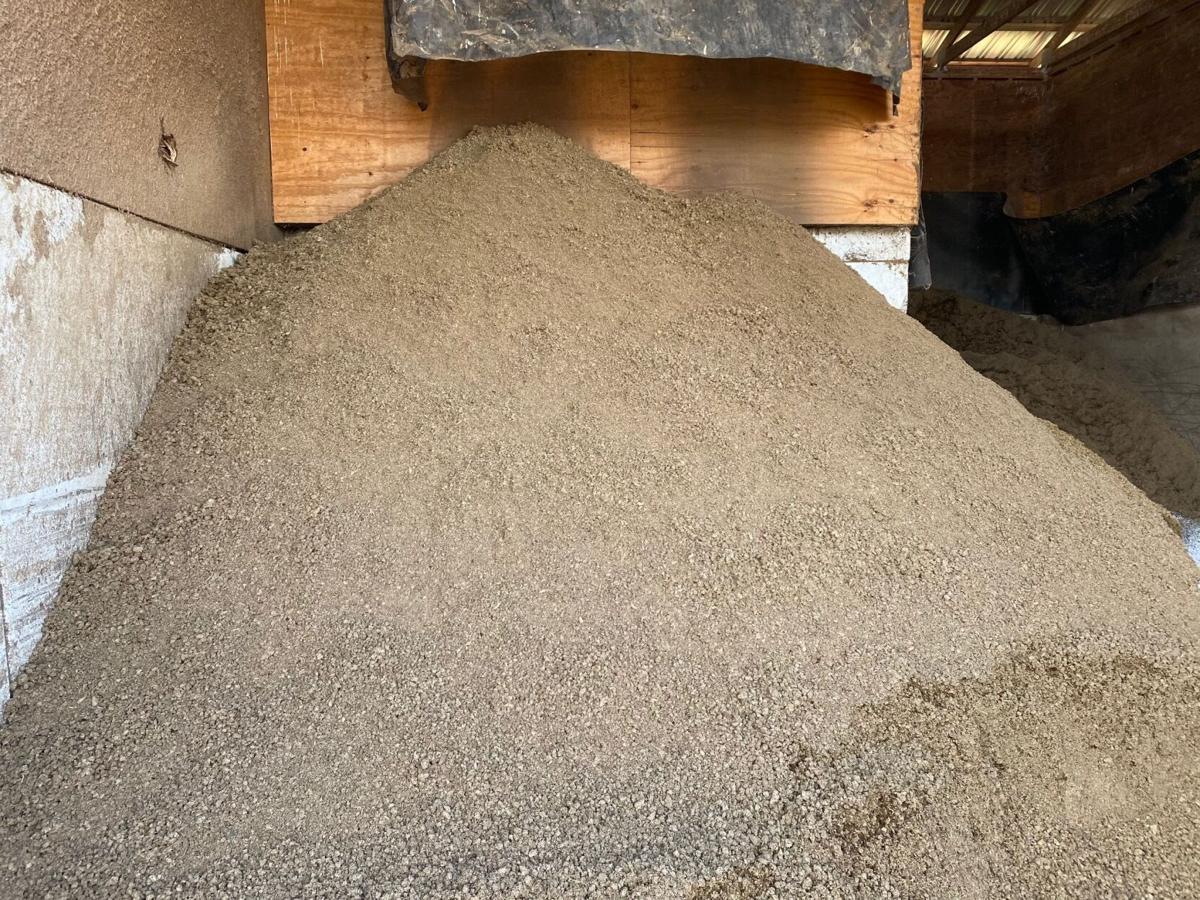 After the digester squeezes  and separates the liquid from the organic matter, what is left is the solids which will into the freestall barns on the  Reinford Farm for bedding.

Happy neighbors are essential to the prosperity of a farm like Brett Reinford’s. Brett operates his 800-cow dairy and food waste recycling business creating renewable energy in Mifflintown, Pennsylvania, with his father, Steve.

Neighbors would often complain to the Reinfords about the fermented earthy odor coming from the farm, so the family decided they would find a solution that would sustain the farm and improve their neighbor relations.

As a 400-cow operation that was also looking to double their herd numbers, Reinford and his family purchased their first digester in 2008.

“It’s one way to show your neighbors you care about what you’re doing on your farm and the impact you have on them,” he said.

With the announcement of the digester, the farm received a request from a local grocery to take their surplus of food waste.

Not afraid of the challenge, Reinford says they accepted and for nine years their first digester had been “max out” on the energy.

Now, with 800 cows, the farm invested in a larger device. The 2008 model can hold about 500,000 gallons of manure and food waste. The new tank is “three times the size,” holding 1.5 million gallons of the slurred mix.

The food waste often arrives from various manufactures and grocery stores in Pennsylvania, Maryland, Delaware and New York to the farm in its packaging.

The farm has a depackager that unwraps and separates the organic matter from its container. Both in-ground digesters feed off the mix of food waste and manure six times a day.

Mixed, the organic matter is heated at 200 degrees for 30 days in the digesters. Inside the digester, bacteria break down the microbes, methane is produced and captured and runs the 140-and 499-kilowatt digester motors. They supply heat and electricity to the farm, including the dryer in the corn bins, along with 500 other homes within their communities’ electric company.

The devices also have a mechanism that squeezes out liquid and solids in the mix. The liquid is pumped underground to a holding lagoon for land application. Reinford will spread it on 1,400 acres of corn, hay, double triticale and rye.

The farm will recycle the solids by using them as bedding in their barns.

While the solids are technically pathogen-free, Reinhold likes to have them sit for a couple of weeks and lays out hydrated lime before they spread the solids in the freestall barns. The average production of solids a month is almost 200 cubic yards or three semi-loads.

“We use it all,” he said. “It just keeps getting recycled.”

Using renewable energy companies RCM Digester and MCR Energy of California to design and set up the two digesters cost the farm about $4 million. Grants from the Natural Resources Conservation Service and the Commonwealth Financing Authority helped cover half the expenses.

But the efficiency of this model on another farm might not work on a beef operation, as Reinford feels the energy generated by a beef cow can’t compare to the energy of a mature dairy cow.

Four miles down the road, his brother struggles to keep his digester going on the methane produced by the heifers he raises for the farm. The system needs about 300 cows to reach its economic potential. “Their manure (dairy heifers) is very similar to beef, in my opinion. It’s very dry,” he said. “The manure doesn’t generate a lot of methane.”

As dairies search for solutions that mitigate odor, aim to reduce greenhouse gases and create additional income, having a digester could be a key farmers can use as they grow in improving neighbor relations and staking their claim for their future, Reinford said.

“It’s the only source of renewable energy that takes something bad like methane and turns it into something good.”

Column: Bill and Melinda Gates Now Rank as the Top Private Farmland Owners in the U.S.

Bill Gates is as far from dirt poor as one can be.